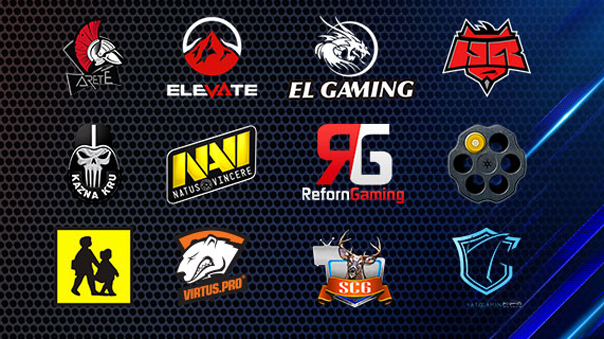 Wargaming is excited to reveal that the 12 elite teams competing at the Grand Finals in Warsaw have been inducted into the League’s official website.

These teams have been deemed the best of what their region has to offer and will soon face off for the title of champion. Representing Europe are Virtus.PRO and Schoolbus; Reforn and YaTo represent China; ELONG and ARETE arrive from Asia; Russia has Natus Vincere and HellRasiers; North America are RUlette and eLevate; the two wildcards are Kazna Kru and Santa Claus and Six Deers.

“This year’s finalists are the most talented and skilled ones from around the globe,” said Mo Fadl, Global eSports Director. “They’ve helped forged the scene in 2014 and raised the bar for professional eSports to a never before seen height within the Wargaming.net League. I couldn’t predict at all who would come out as the world champion, but one thing is clear, every single one of these players have definitely earned a rightful place in the League’s official website.”

The seeding show results, detailing the four groups, and the teams who will be facing off, were announced on the official Wargaming.net League Twitch stream live on Thursday April 2.

Day 1 will have the regional teams battling it out between each other in the group stages. Going into Day 2 there will only be eight teams remaining. The top two from each group will advance to the single elimination tournament. First it’s the quarter finals, then the semi-finals, and then on to the final to the grand champion.

Players can find a more detailed schedule, with all the times and matches, right on the website. Viewers can also discover loads of other great information such as detailed info on each of the 12 teams and the EXPO XXI center, learn where they can watch the action online via Twitch.tv, and even share their predictions on who’ll be the champions. Our own DizzyPW will be on sight in Warsaw to provide video coverage and possible giveaway opportunities.