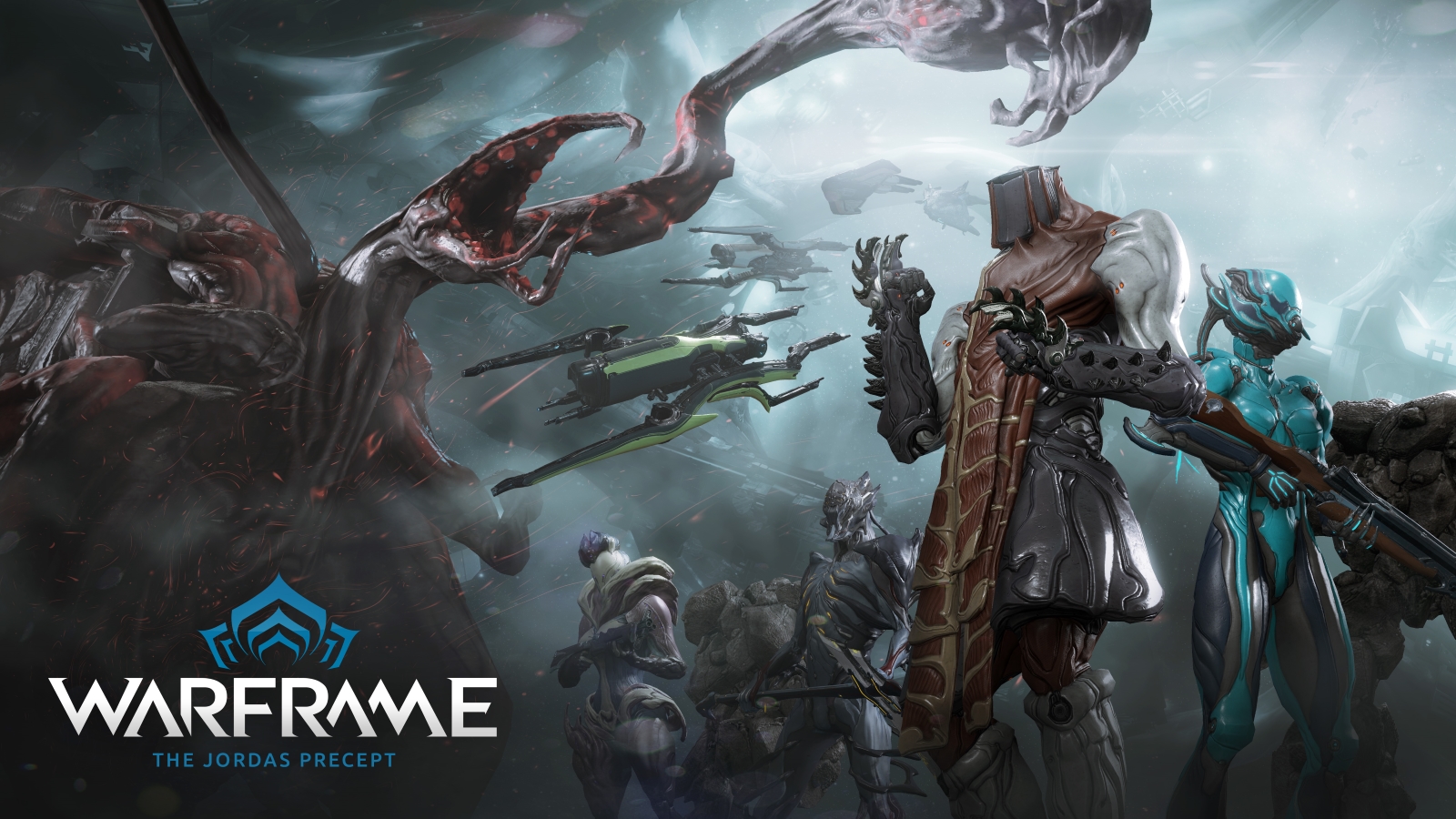 Digital Extremes’ Warframe continues to expand and evolve with another exciting update for PlayStation 4 and Xbox One players!

A terrifying threat looms on the horizon – a hulking mass of Infestation ready to assimilate all that stands in its path. The J3 Golem – a high-threat Boss – has arrived and you will need every resource at your disposal to beat back this massive threat to the Solar System!

Fortunately, this Update features everything you’ll need to keep the Infestation in check, including a major update to Archwing UI, Missions, and Mechanics!

Expand your Arsenal with new Weapons and Customizations and use the earth-bending Atlas Warframe to punch straight through enemy defenses.

Primary highlights of The Jordas Precept Update include:

NEW QUEST: The Jordas Precept – Ordis is determined to help a fellow Cephalon overcome a ship wide Infestation, but can a Cephalon affected by Infestation be saved?

BOSS OVERHAUL: The J3 Golem has received a major overhaul since its last appearance, and can be found travelling through the dark of space on Eris, Naeglar.

PlayStation 4 and Xbox One players can download The Jordas Precept Update today!