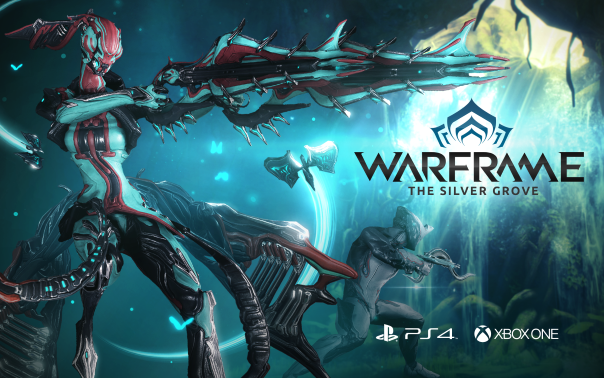 There is an enormous amount of talent within our Warframe Community.  Working alongside Steam, we launched our user-generated content program, TennoGen nearly a year ago and it has been a huge success in highlighting the role and talent of our Community Creators, while also providing them a viable revenue stream for their work. Without a similar player-generated content system available on consoles, it took some time to figure out how to offer TennoGen content that is fair to both the Creators and players.  We think we’ve hit the mark and are offering a curated list of items with The Silver Grove update.

Highlights from the Silver Grove update on Consoles include: