Sword Coast Legends Launches on PS4 and Xbox One 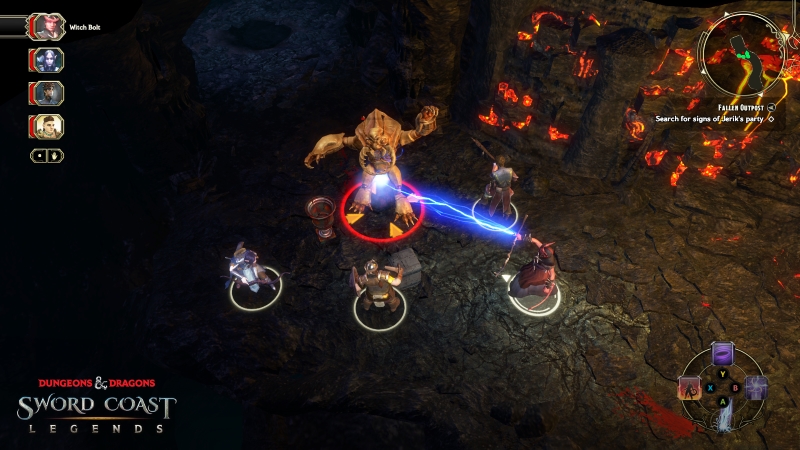 Digital Extremes announced that Sword Coast Legends™ arrives today on PlayStation®4 and Xbox One consoles.  Now, players can enjoy the time-tested magic of playing Dungeons & Dragons with their PSN and Xbox Live friends from the comfort of their living room. By bringing the roleplaying dynamic between players and a Dungeon Master (DM) to life with a first-of-its-kind real-time Dungeon Master mode, Sword Coast Legends delivers a unique experience in which a Dungeon Master guides players through customizable adventures.

With a deep Story Campaign created by long-time industry veterans, including members of the Dragon Age™: Origins leadership team in partnership with the Dungeons & Dragons team at Wizards of the Coast, Sword Coast Legends returns players to the lush and vibrant world of the Forgotten Realms®. As a member of the Order of the Burning Dawn guild, play solo through the Story Campaign or join forces with up to three friends for an epic journey that will take adventurers from the gates of the pirate city of Luskan to the dangerous caverns of the Underdark.

Dungeon Crawl multiplayer, which allows digital Dungeon Masters to place monsters and edit encounters on-the-fly in randomized dungeons their friends are exploring, will be fully supported on the Xbox One and PlayStation®4. Dungeon Masters will have a wide array of resources and tools at hand, complete with ten unique tilesets, more than 700 placeable objects, and 100 unique monsters, just to name a few. However, the custom DM Campaign Creation mode will remain exclusive to the PC version.

Sword Coast Legends is available for purchase via the PlayStation® Store and Xbox Live at $19.99 USD and comes with all-new content added to the game following its PC debut last fall, including the Rage of Demons DLC free of charge.

With a brand new story campaign recommended for experienced adventurers, Rage of Demons finds players fighting alongside the legendary drow, Drizzt Do’Urden as you race to uncover the deadly threats facing the Underdark.

Other new features available for consoles include: the ability to play as a drow or tiefling, the brand new warlock class, new areas, new visual effects, additional character skill trees, hundreds of new placeable objects for DMs, hardcore gameplay options for the most rugged of adventurers, and many more player requested additions and adjustments.