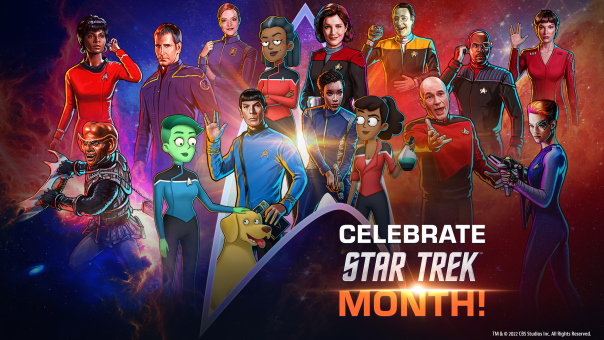 Star Trek Day commemorates the anniversary of the airing of the first episode of Star Trek: The Original Series, “The Man Trap,” 56 years ago today, on September 8, 1966. Star Trek Timelines’ celebrations of this momentous occasion includes:

Star Trek Timelines is considered the most expansive Star TrekTM game on mobile, featuring content across the first ten films and all seven television series. Originally developed by the former Disruptor Beam and licensed by CBS Consumer Products, Star Trek Timelines brings together over 1200 beloved characters and allows players to assemble a dream crew from all eras of the series. As they participate in missions, players have the opportunity to command 80 iconic starships and engage in stunning 3D ship-to-ship battles.

To download Star Trek Timelines and join in the celebrations, visit the App Store and Google Play stores.