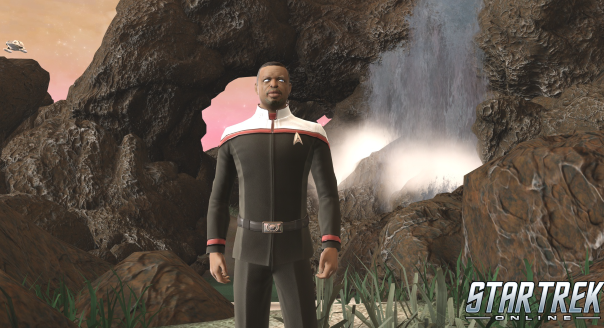 The official date for Console Captains in Star Trek Online for Season 14: Emergence is November 14! This latest update contains a mission featuring Starfleet Captain Geordi LaForge, voiced by LeVar Burton himself! Captains also discover a brand-new Fleet Holding, come face-to-face with the Tzenkethi in a Red Alert and explore plenty of other episodic content for the game on Xbox One and PS4. Season 14 – Emergence begins with the featured episode, “Melting Pot,” which takes place on a new colony in the Alpha Quadrant, recently established by the Kentari and Lukari species. Players will tour the grounds with Captain Geordi La Forge (LeVar Burton) and the Lukari’s own Captain Kuumaarke (Kipleigh Brown). The mission takes a chaotic turn when players learn that the colony world has drawn the attention of the Tzenkethi, a powerful militant species who have attacked both the Kentari and Lukari before. In addition, a new Fleet Holding featuring five full tiers of progression, a Tzenkethi Red Alert, new Fleet Holding defense queues, a special colony defense event, and a brand new Primary Specialization, “Miracle Worker” can also be found. Captains can also visit the C-Store on Xbox One and PS4 to claim a free Skant and Kilt, inspired by the classic uniform style featured in Star Trek: The Next Generation.