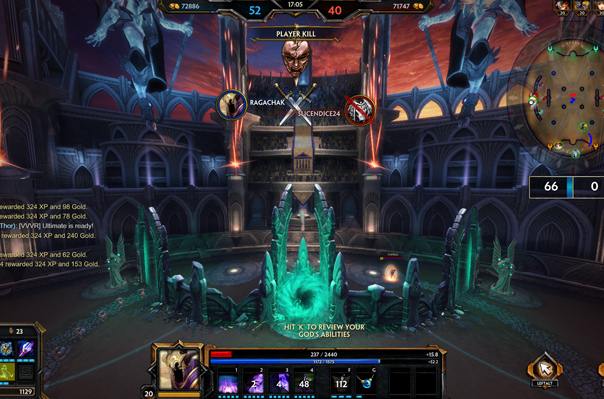 As a regular MOBA player, I was like many others who were skeptical of giving SMITE a fair shot at launch. The notion of a third person MOBA seemed almost repugnant, though I did enjoy the idea of Gods from all cultures duking it out. While I was not playing, I have done a lot of reading and watching as the game has developed. Has it really changed all that much from the launch? In my humble opinion it has captured not only my attention, but that of the world. Unlike the countless other MOBAs rising up these days, it has done its best to be the anti-League of Legends, growing and updating graphics, maps, items, and modes over time, to create an incredibly loyal following. Sure, some of the powers are familiar, and the maps might feel similar in some regards, but that is simply the nature of the genre. 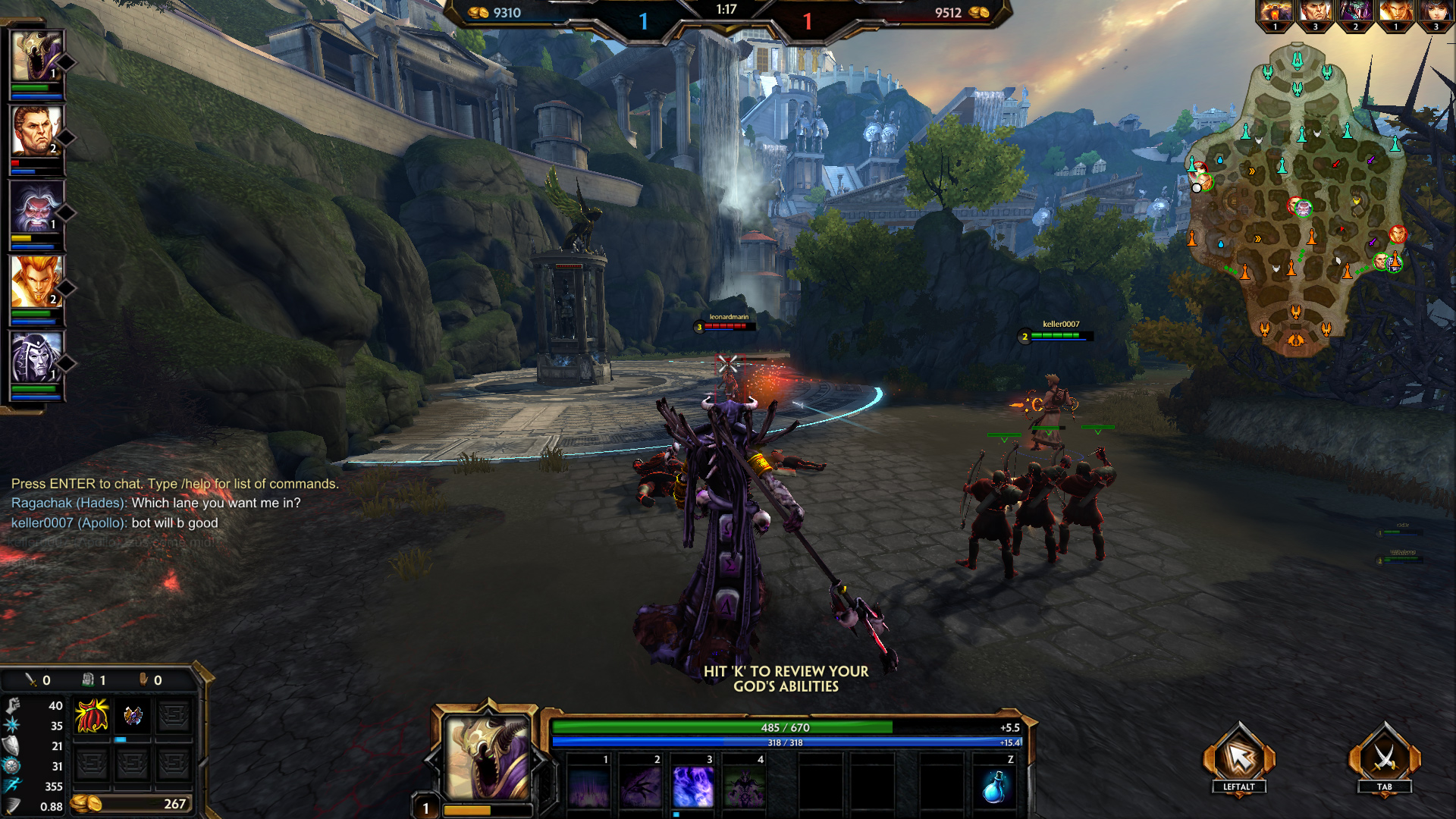 Conquest certainly saw the most love in Season 2.

There are of course similarities, but for each there is a unique feature that keeps SMITE fresh. The large 3D models are certainly a selling point, and SMITE painstakingly designs and redesigns them to be the best they can be. Older gods are rarely neglected for long. Plus while other games wait months between releasing fun side maps and modes, SMITE throws something new your way every day with the Match of the Day System, offering everything from Pantheon vs. Pantheon to Infinite mana. After over 60 god releases, you’d think they would be running out of ideas. Yet their unique Y axis offers so many fresh options to the skill pool that each god to date seems to bring some sort of unique mechanic to the table. Minus the recent Bellona launch, most new gods launch balanced or are quickly adjusted to be so. Season 2 seems to be the sweet spot as most pros agree the game has never been this balanced. Combined with the skill shot heavy atmosphere, player skill means more here than in any other MOBA, and its not uncommon to see teams down by 15 kills make epic comebacks even at the professional level. Enough overview though, let’s jump into the mechanics.

Cookie Cutter Itemization is not really an issue that I’ve seen in Smite. There are always items that favor one God or another, and items that synergize well together, but there are a lot of new and interesting toys that came along with season 2. One key difference in SMITE versus other MOBAs is their active system, a summoner skill style item that can’t be sold once purchased, and offers utility style itemization separated entirely from stat distribution itemization. Players can only have two total so much strategy is involved in their purchase. 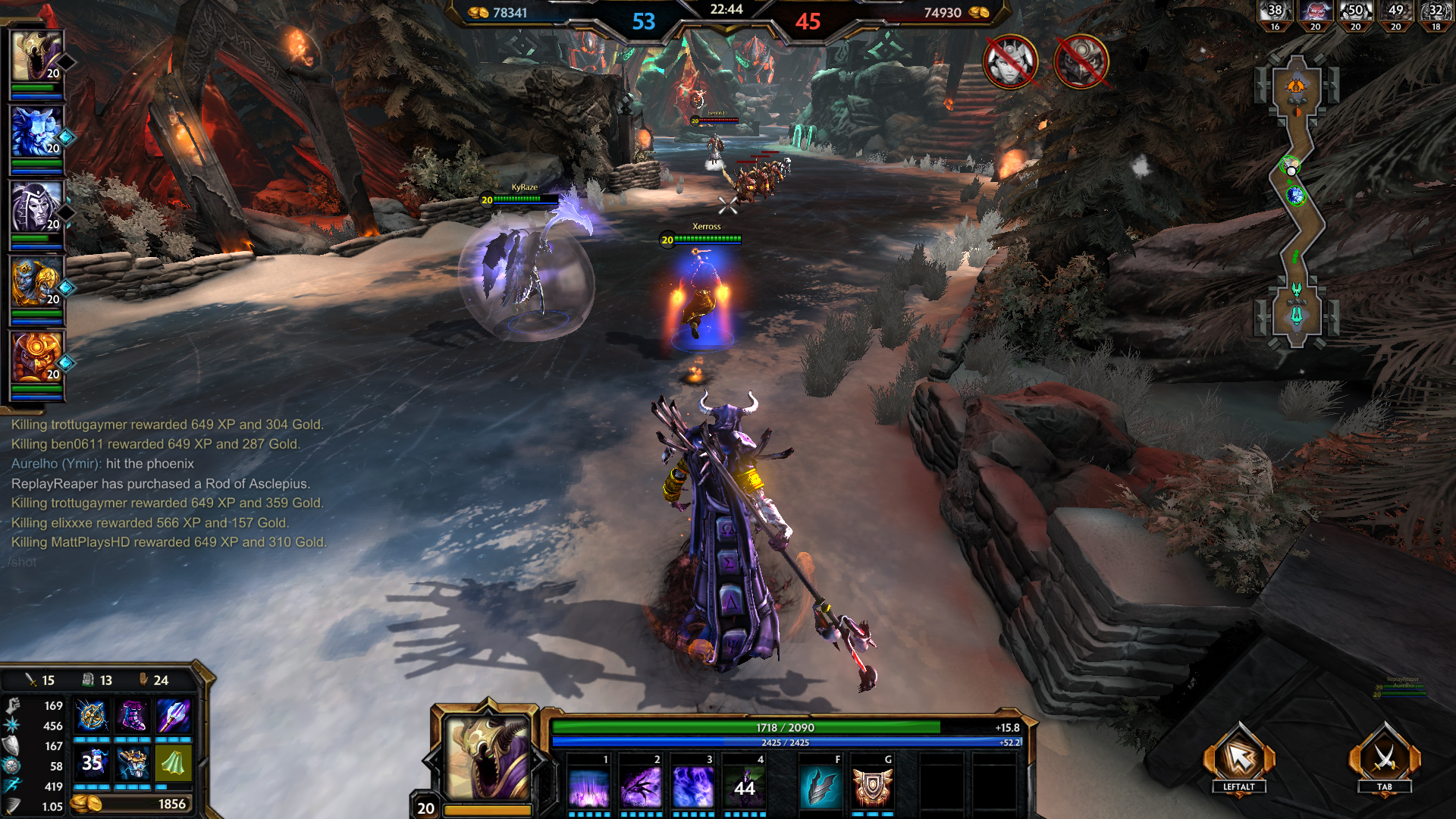 Shield of the Underworld brings Zeus a nasty surprise!

Season 2 saw the introduction of new and valuable actives such as Shield of the Underworld. Upon activating it, 40% of the damage your God takes over 5 seconds is sent back as magical damage. This can completely change the course of many fights with proper timing and activation. Achilles’ Spear is another great example, offering a temporary boon to your attack, lifesteal, and movement speed at the cost of making you extremely susceptible to damage for the duration. Actives like this aren’t just a nice bonus to gameplay, they are gameplay changing items that force players to react accordingly and approach enemy gods differently depending on what is purchased. Also unlike League, you won’t have to worry about seeing the same 3 actives used by all 10 champions in one match, as many actives have situational value and see the light of day often.

Season 2 also introduced new starter items as means to make some of the gods early games more viable. One instance is the Bluestone Pendant. Physical Power, Health, Mana Regen, and it restores a % of your missing mana every five seconds. This can be a powerful force in a solo lane where a player desperately wants to stay in lane longer, particularly when they have health regenerating skills. The Hirez balance team is going bonkers with all these new items though so don’t call me out if these numbers or items have entirely changed by the time you read this!

Existing items were not left untouched with Season 2 either. Hirez had been keeping a careful eye on things, and as the second season came upon us, a humongous number of items got rebalanced! The entire boot/shoes series got a revamp which was definitely called for. We said goodbye to Radiant Orb and the Spiked Shell, among other items. Hydra’s Star took a huge wallop in nerfing, and that’s not all. These changes are incredibly important, just as important as the large amount of Gods that got rebalanced including the great Hunter nerfs that realigned the ranged carry class to lessen their early wave clear. This is not only to keep the game fresh and interesting, but to show that Hirez is paying attention to how their game is evolving. They are putting in work to make sure that one or two Gods aren’t going to simply snowball and win every game every time, and I can appreciate that.

As mentioned above, SMITE offers a different game mode everyday in addition to their fast and furious team arena, classical conquest, four player tower Siege, all random all mid Assault, three player single lane skirmish, and one versus one Joust. Match of the Day is a nice change of pace in the MOBA world though in that it mostly doesn’t take itself seriously. Most options throw balance to the wayside in exchange for having a bunch of drunk Bacchus slam their mugs into each other in a pointless affair of tipsy trolling. Situations like this force players to think way outside their normal box, building tank characters for damage or support, or glass cannons as decoy tanks. The fact it offers a win of the day bonus akin to other SMITE modes is the last incentive I ever need to jump into the madness. 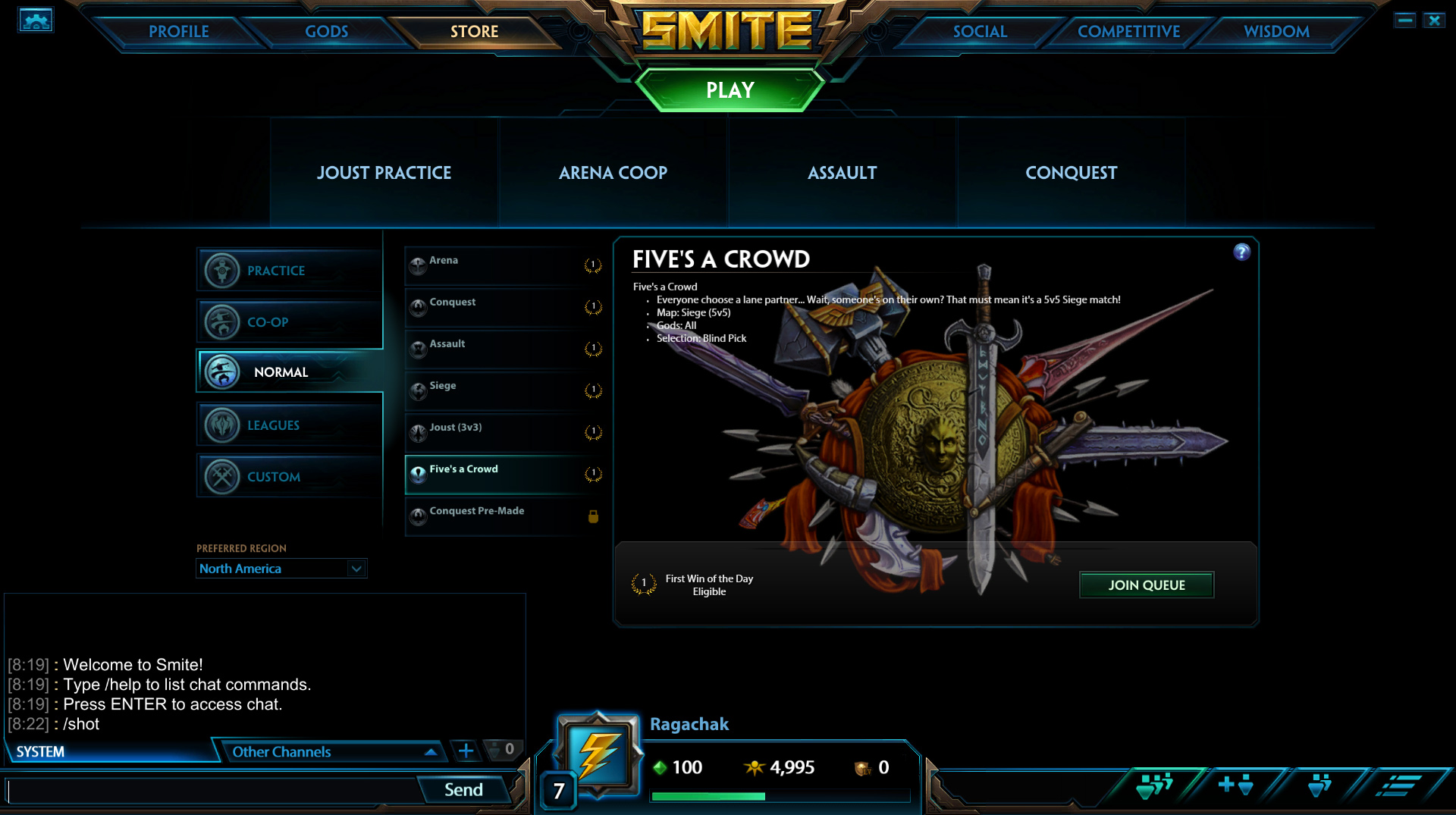 Match of the Day, the great equalizer.

Back to the other modes, SMITE truly stands out for offering inventive game modes outside the classic three lane moba map that people regularly play. Many burnt out MOBA fans seem to flock to SMITE for its no lanes arena mode simply to experience something new in the genre. It’s action packed and there is always something going on from beginning to end, while often being short enough in length that the toxic side of players doesn’t have time to dwell its ugly head. It’s a blast because everyone can be useful there, and there is a lot less “Stand by the tower and farm patiently” and more “Run in as a squad, and blast the other team into pieces as your ulties come up,” which is a standout opportunity for Moba players.

And that’s what makes Smite stand out; a year later, the game is still trucking forward. It’s unique while standing in a sea of LoL/Dota clones. The skill ceiling is so high that when you face off against a master of their character, they can easily field 3-4 novice players on their own. Your hard work and diligence playing is rewarded with nifty ranks on gods, and who doesn’t love a little RPG progression in their game. The perspective truly puts you in a deeper connection to your character, making close call moments that much more impactful, and outmaneuvering foes that much more meaningful. Season 2 may have had a rough, rocky start (particularly with their Heroes of the Storm styled new glitchy UI!), but most online games experience that, if not all. It won’t stop the folks at Hirez from standing strong and delivering new content on a regular basis. Considering the massive expansion of their team in recent months, we expect said content to flow like a waterfall in the coming months. Daily login bonuses and the ability to purchase most content using Influence Points is another definite notch in Hirez’s belt.

What Does The Future Hold? Success!

Smite is setting itself apart from the rest of the MOBA community in a few ways; one of the biggest is the upcoming console release (presently in beta form on Xbox One); I’m really looking forward to that, and I hope my prediction of a wider console release comes true. I feel that if they want to really expand their market, both of the big consoles (PS4/XB1) will see releases of this terrific third person action title. As this season moves on, expect bigger and better things coming from Hirez Studios’ SMITE! There were a large number of bold changes in the Season 2 patch, and far more than I could conveniently list here. It shows to me that they are dedicated to their product, and are listening to their community; they’ve come a long way in the past year, and I see nothing but good things on the horizon.