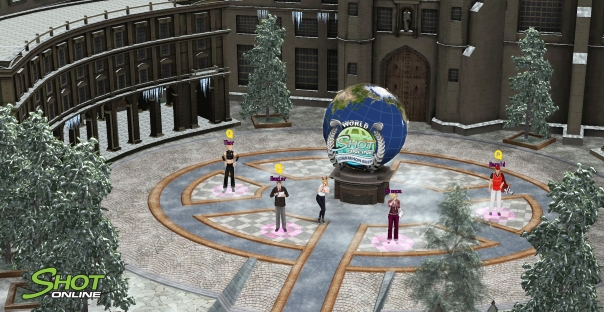 The SOWC gives players the chance to compete with the global Shot Online community in 1v1 asynchronous matches. Players record a 1v1 round (their “Qualification Round”) which is then used in the 1v1 matches of players on other servers. The SOWC is run three times per month, with each round lasting one week. At the end of the third round,  players will be rewarded for their monthly ranking. To participate, players must be level 120 or higher and have the National Pro I title (or higher).