Robocraft Infinity Announced For Xbox One 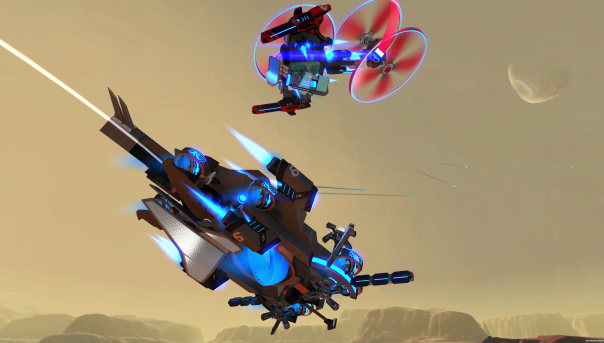 UK studio Freejam announced today the development of Robocraft Infinity, a new iteration of their flagship indie hit Robocraft, exclusively for Xbox One and Windows 10.

Robocraft is already a worldwide phenomenon with 13 million registered users and features gameplay which allows players the freedom to build robots block-by-block with hundreds of different construction options to choose from. Robocraft Infinity will feature that same compelling gameplay mix enhanced with an all-new progression system, massive combat balance redux, full Xbox controller support, achievements and more features to be revealed over the coming months.

Robocraft Infinity is the second project in development at Freejam and it’s much more than just a simple port of Robocraft. We’ve taken the core components of Robocraft and optimized them for Microsoft platforms utilizing the experience we have earned developing Robocraft over the past half-decade. Robocraft Infinity will also feature some exclusive features that are only possible by bringing our game to a fresh, new platform.

Set to launch in the first quarter of 2018, Robocraft Infinity will be a standalone, buy-to-play game and is confirmed as part of Microsoft’s Xbox Play Anywhere initiative. This means all those who purchase Robocraft Infinity digitally will be able to play the game on Windows 10 PC and Xbox One at their leisure and have their achievement and game progress follow them wherever they play.