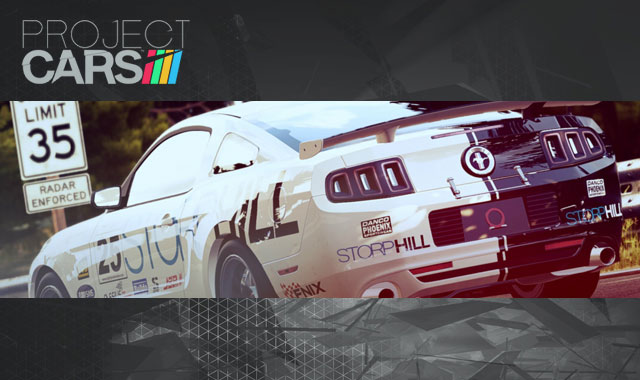 Project CARS will feature seven Aston Martin models, including some of the company’s most iconic and successful race cars from more than 50 years of on-track competition.

The selection of Aston Martins in Project CARS is kicked off by none other than the company’s first Le Mans 24 Hours winner: The DBR1. Driven by Carroll Shelby & Roy Salvadori, the open-top DBR1 clinched top honors at the French classic in 1959.
Three years later, Aston Martin returned to top-flight sports car racing and Le Mans with the DP212. Powered by a 4-liter straight-six engine and driven by Graham Hill & Richie Ginther, the DP212 raced at the 1962 Le Mans 24 Hours and several other endurance racing events afterwards.

Only a single example of DP212 was built, so Project CARS gamers will be able to experience a true and rare racing legend.

Project CARS will also feature the company’s recent choice for GT racing around the globe – The Aston Martin Vantage. The Vantage comes  in several versions, including the V8-powered GT4-class version, the V12-equipped GT3-class challenger as well as the Vantage GTE that competes in the World Endurance Championship which includes Le Mans 24 Hours.

WMD members will be the first to test-drive these new additions once they are added to the Project CARS development builds.