The long awaited reveal of the famous Greek god Mercury in HiRez’s Pantheon-based MOBA, SMITE, has arrived. Staying true to lore, Mercury offers a fanatically frantic kit that is sure to leave enemies guessing as he blinks around his region dealing out massive damage to any daring enough to attempt to catch this speedster. 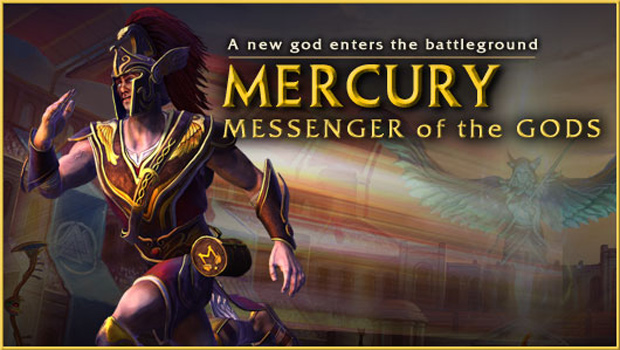 For full patch details including balance changes, check out the official patch notes here. And keep an eye out as it’s only a matter of time before the video reveal shows Mercury in action!