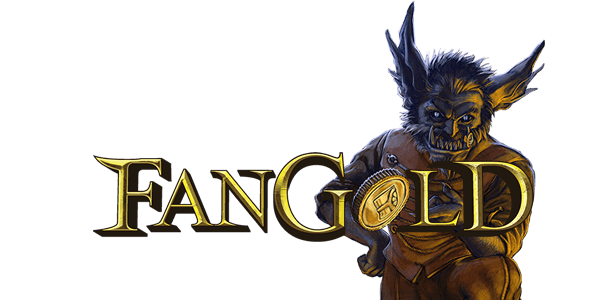 “The battle was imminent. I was marching to the front when I met a weird Ferliath on the road. He asked me if I wanted to relax a bit before going to fight. I did not know if I would survive the next day, so I gladly accepted. That was how I found myself in canvas trousers, gambling the last shoe too in the luck of Fangold….” Potato Killer Studios is proud to present Fangold™: the eventful adventures of Land of Britain, a new cross-platform free-to-play digital collectible card game for Windows®, Macintosh®, Linux®, Android® and iOS®, set in the world of Land of Britain, the innovative fantasy MMORPG already presented in recent months.

In Fangold, the players will create their own deck of cards exploiting the skills of the 6 Heroes for each realm and for their ability to control the five elements (earth, fire, water, light and air). Each skill can be enhanced by gaining experience, thus giving a way to learn new skills.

You can choose between the classes already available in Land of Britain as the magician, the curator and the warrior. It will be possible to acquire new cards in the game and buy them with real currency or the in-game gold. Among the features that Fangold will have there will be online multiplayer, matchmaking and introductions of some new features such as the Adventures Draft and Dungeon’s Quest modes that will introduce a series of events, giving players a chance to win cards, gold and more challenges in PvE.

The game also provides a mechanism for crafting: you can delete the unwanted cards and acquire in exchange some Elements to be used to produce other cards – items that will be over-the-counter even in the Adventures Draft and Dungeon’s Quest modes.

The cards feature a sophisticated design, with artwork from the world of Land of Britain, so as to be attractive, but at the same time easy to read and interpret.

“Fangold is as much fun as simple, with mechanicals capable of giving great depth and therefore it is extremely interesting for the casual player, and for the most hardcore one too” – says Luca Panero, lead game designer and Killer Potato CEO and co-founder – “playing Fangold will be an incredible experience, there will never be a turn in which you cannot do something, there will always be a way to use your resources and being always in the game is something that we wanted to see in other games and we were able to put it within a dynamic and varied gameplay.”

With Fangold, Potato Killer Studios has a twofold objective – to introduce the players to the vast world of Land of Britain, offering a fun, enjoyable and suitable game for everyone; Fangold also allow us to raise the necessary funds to finance itself independently and continuing the development of Land of Britain. So Potato Killer Studios gives to the users the chance to test and evaluate directly the great capacity of the study technical development and game design, the same skills that are also employed for the development of Land of Britain, an ambitious project that for be achieved at the best level needs constant investments.

Next week we will launch Fangold Official website where you can find information on the gameplay, the cards for deck and many other things.

The Fangold project will be officially launched on Kickstarter soon, stay tuned!

“…You will use every single drop of your mana…
you will always play the protagonist in your game and you will never be the passive spectator…
every move has consequences…
You’ll have fun as hell my basement… we bet?”