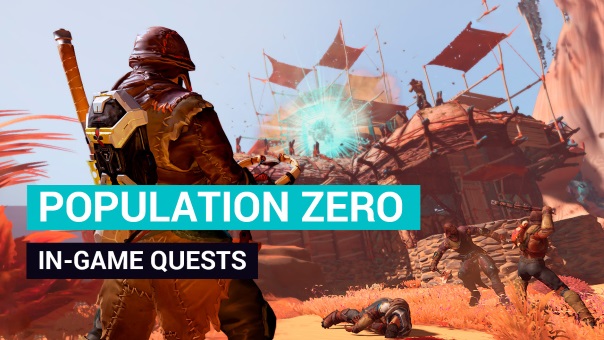 Questing is essential to most online games, as it introduces game mechanics, storytelling, and game features. They guide us and show us the world we’re going to explore. They aren’t necessary in a survival game, for the most part, Population Zero chooses to use them to let players get used to a new planet, and help reveal its secrets. These quests don’t control players, only point them in the right direction and ease immersion into the world. Players will have access to an AI, Gordon, that will accompany them in the beginning.

This blog also goes over mutations, which are supernatural forces on the planet Kepler. Some areas are toxic, and some are poisonous. These are not just atmospheric, and will definitely affect the gameplay. Sometimes, players will receive mutation-related quests. Unknown forces will continue to affect the player, and they will need to join a faction and further that particular lifestyle. Quests will help the player get through this story, and provide them with options.

Some quests will lead you on missions that may require getting into a particular place or finding a certain resource. Groups of players will have to work together, whether they are brute forcing their way in, or using their creativity and technology to bypass dangers, it would behoove players to make alliances. There are always ways to find a new story too. It might be a note left behind, fighting aliens, or simply exploring will unlock a further area to explore. Completing these quests will help solve mysteries, and unlock more secrets.