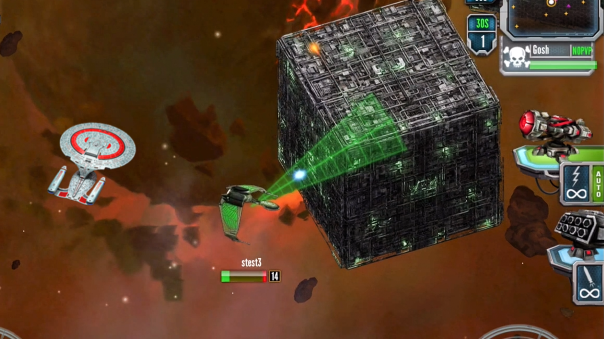 Pocket Starships teams up with CBS Consumer Products for an upcoming expansion to the mobile/Browser game, entitled “Pocket Starships: STAR TREK Borg Invasion”, coming to both platforms this fall. Starships from popular Star Trek lines such as “The Next Generation”, “Deep Space Nine”, and “Voyager” will be represented in this expansion. A Star Trek themed sector of the Pocket Starships universe will open, and will be able to staff their ships with their favorite Trek characters. Gamescom-goers will be able to play a demo, but everyone else can look forward to it in the coming months. Players can also look forward to the same MMO Space Combat for dominion of the galaxy, now only they can use Star Trek ships to engage their enemies. The first step is to defeat the hive-mind of the Borg. That’s just the beginning though; far more is to come in this expansion.