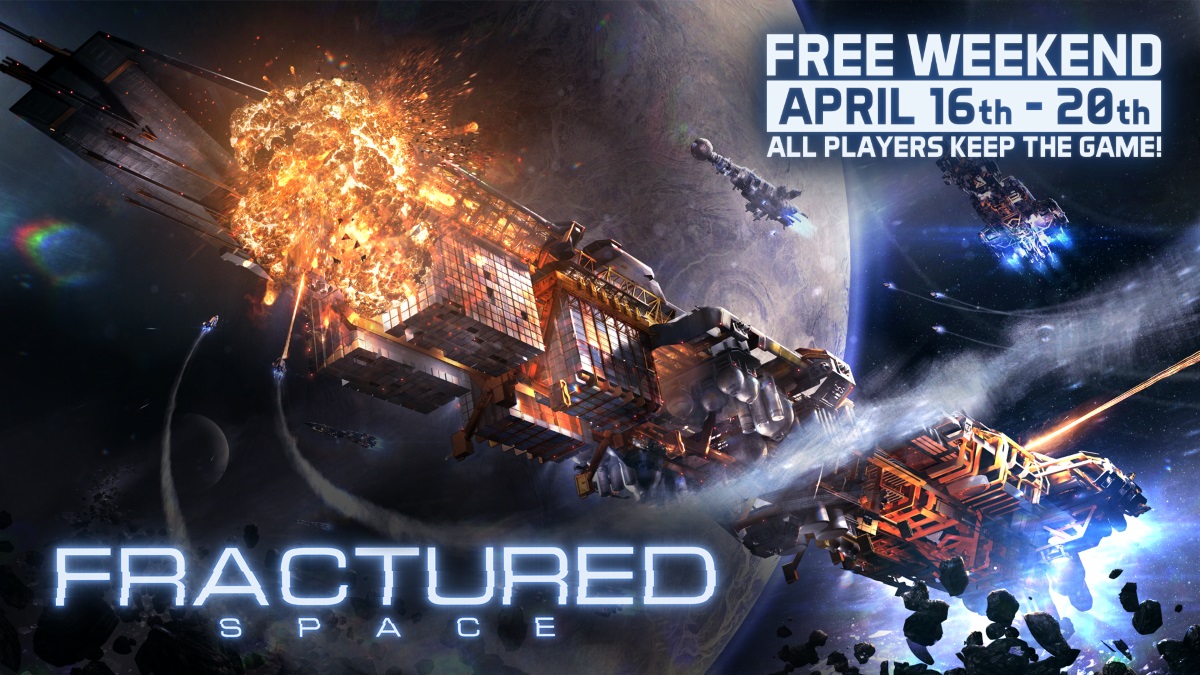 The tactical space combat game, Fractured Space, from the team behind Strike Suit Zero, is free to play this weekend on Steam–even better, all players who log in this weekend also unlock permanent access to the game. Exclusive rewards such as a premium ship and skins for all players can be unlocked for the team-based space combat game when goals are reached for a set amount of players logging in during the weekend.

The free weekend runs from Friday April 17th until Monday April 20th at 2 PM EST and also discounts the game’s founder packs by 25%. New players can learn how to play in this tutorial video. You can find further details on this blog post.

The following are the rewards for the players logging in the game during the free weekend. These rewards will be made available in future updates: