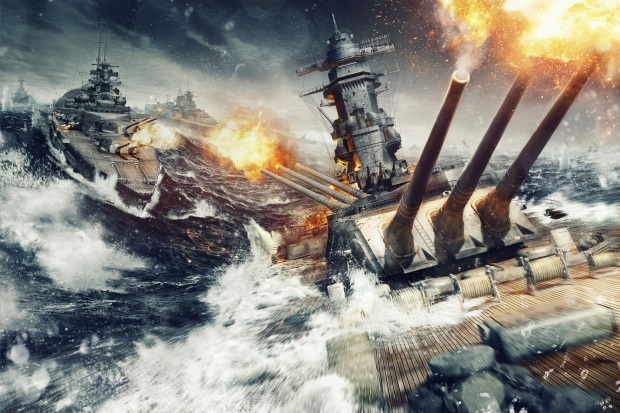 After countless tease meetings, Wargaming finally gave up the driver’s seat of the Nagato to allow us some hands-on time with World of Warships alpha. Even more exciting, it was to test out their newly revealed PvE mode featuring a large enough fleet of AI controlled ships to make someone more knowledgeable about boats shrink back in fear. Luckily I know nothing and went in guns blazing, and came out the other side of the fire fight with a story to tell. 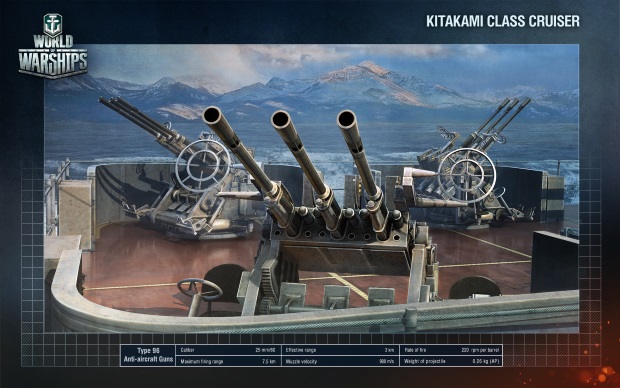 Since our last meeting with World of Warships at E3 2014, the game has received countless artistic passes. Every gun playable in the demo now has fully animated and rotating realistic guns and cannons to make battles seem as realistic as possible, with matching destructive alterations to visually represent damaged weaponry and busted engines. The water physics have even received an overhaul, helping the player to feel the immersion of full force cannons splintering the waves beneath them with each concussive blast. Ship hulls have also received love, and some of the bigger battleships and carriers are standing at an estimated whopping 270,000 polygons at the moment. 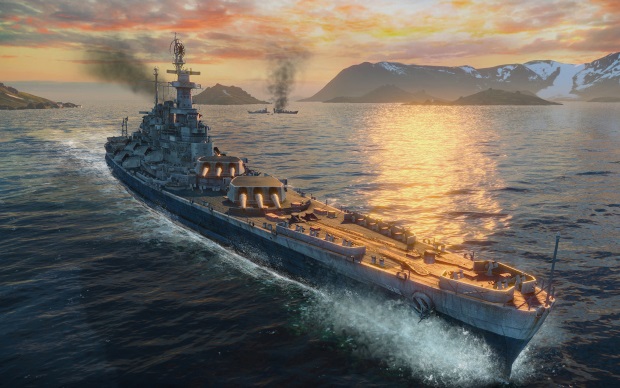 Gameplay mechanics have mostly remained the same at the macro level, with ships being split into the four classes of carrier, battleship, cruiser, and destroyer in a murky, not-so-clear-cut battle of rock, paper, scissors. Once more players are involved, I’m sure plenty of testing will be needed to find the ideal ship and tier balance to make these systems fair, but with Warplanes and Tanks already behind them, I doubt that will be much trouble for the company.

Two notable elements have charged since E3 however. The most noticeable change has to be the complete separation of buoyancy from hull damage. Prior demos allowed a ship to aim their cannons low and puncture the lower armor of a ship in an attempt to slow them down by forcing water into the hull, and outright sink them with enough practice and a few supporting torpedoes to finish the job. Now only torpedoes can inflict buoyancy damage, and no matter how low you aim, your cannons are only good for setting your opponents ablaze. The other change involves the main guns and allows players to get more of a Battleship board game feel depending on your ship and ammo type. Ships that can launch multiple blasts can now tap the attack button to launch a single one at a time to gauge distance and enemy ship velocity before unloading their full rounds. Holding the attack button will instead launch the shots periodically in a constant stream until ammo is exhausted, and the reload function interrupts the process. A third option for fights up close and personal, or if you’re just truly confident with your aim, is to double tap the attack button to unleash your entire payload at the current location of your cursor. High risk, very high reward. 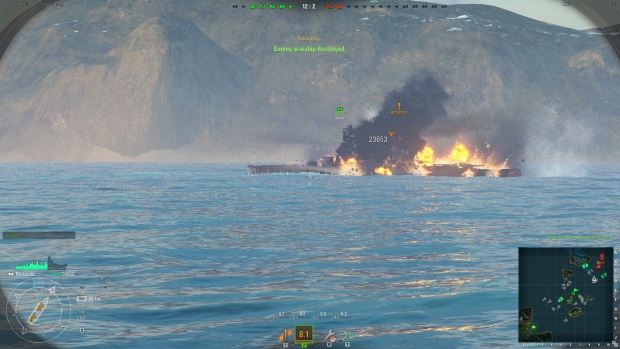 The set-up for the new mode on display is one of the most tried and true modes in this type of military conflict game. Get a large and slow carrier from one chain of islands to the other in one piece. As my associate discovered, this piece can be a giant flaming ball of wreckage for all they care, just so long as it doesn’t sink in the process. Currently the mode seems timed and the enemy ships don’t try to directly body block to interfere with the carrier course, but I assume at a later stage if a PvP rendition of this mode gets introduced, that will be a viable next step. 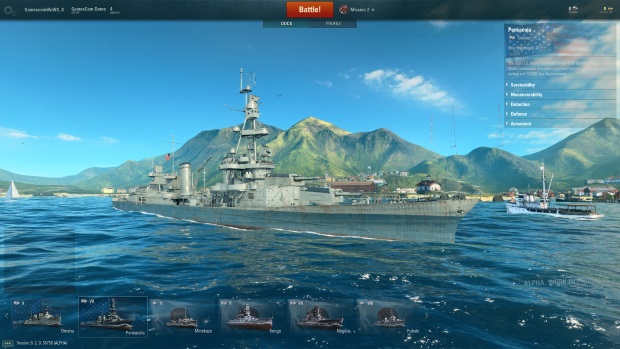 The mode starts off slow with a small scattering of destroyers and cruisers coming out from behind small islands in the corridor of islands the carrier must sail through. Speed is the name of the game here, as any damage you receive in place of your carrier will bring you one step closer to success. Just be aware that if you’re driving the Nagato like I was, even your top speed will feel sluggish.

Overall the mode initially seemed designed as a tutorial for new players, as there’s more than enough allied AI ships of higher tiers than your opponents to riddle the disorganized opposing fleet with bombshell holes in no time. Again this was proven by my associate who drove his battleship into an island shortly after starting. But at about the 70% mark, a massive fleet emerges at your rear. This time you get to test your metal against real battleships and carriers, and give your hull a true test. For such situations as this, captains are able to turn both their ship and their rudder together for the maximum possible angle of turn. Or as the Nagato puts it, 18 degrees to starboard. To my surprise the ship turns just as quickly at full speed as it does at a crawl, though firing with any accuracy while turning at full speed can take a bit of practice. 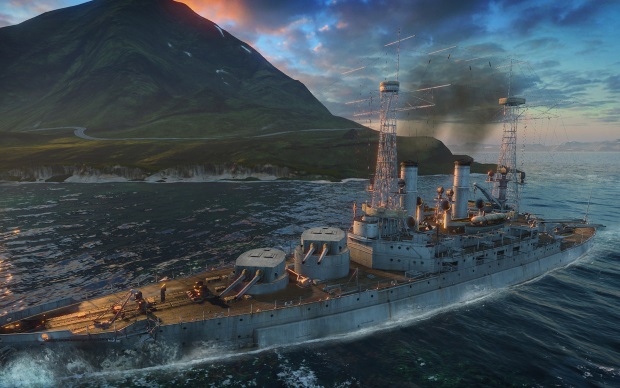 This is where the nifty feature of overview map navigation came into major play. By hitting M you can get a beautiful 3D chart of the battle map and then with a quick press of shift and mouse drag, you can set waypoints for your ship to follow automatically, granting you more time to concentrate on the firefight at hand.

As fantastic and fun as this mode was, Wargaming remains their perfectionist selves and still have no public release date, nor are they even letting media record gameplay footage at this time. As for the fate of the PvE mode, it’s still undecided if this will remain a tutorial option or be fleshed out with more modes and multiplayer co-op. Though with the recent lean of Warplanes in this direction, I suggest it’s highly likely to be the current plan. All in all I’m excited to see Wargaming get out of the capture the enemy base rut that its games have been stagnating in for too long, and I hope this level of creative gameplay begins to transfer more into all their titles going forward.