The Repopulation and Siege Mode 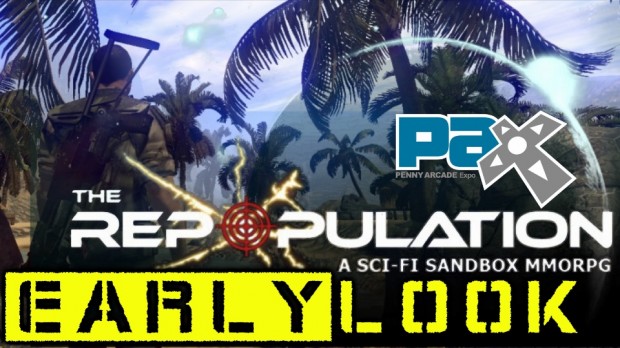 The Repopulation has been on my radar for a good year now ever since our forum’s recently retired moderator, Bryan, made a big deal about it on the forums.

The Repopulation stands as one of the most promising looking indie titles to rise in the quickly growing science fiction MMORPG space. Offering elements to appease both shooter fans and more traditional MMO gamers, The Repopulation hopes to put the freedom of building a world in the hands of its players. Everything about your character is customizable and learned on the fly from actual combat or crafting experience. Towns and other structures are built from materials gathered and crafted by players. And even political systems can rise at the whim of players as the initial factions only offer a guideline in an ever evolving game. And for the first time, The Repopulation demonstrated the new base Siege mechanics at PAX Prime. 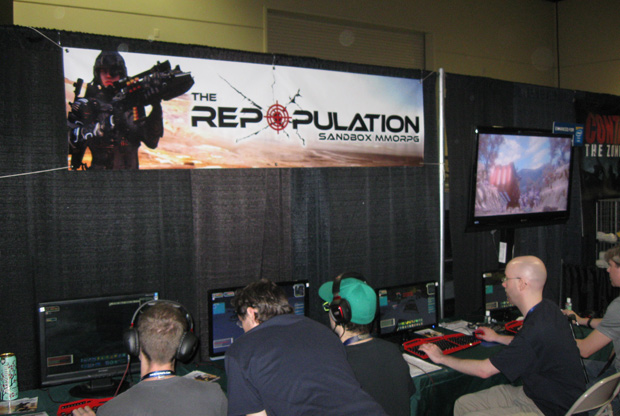 For starters, base construction in the current build offers players a hefty dose of freedom (as does most everything in this game). The bases on display were gigantic, taking Lead Developer Joshua Halls a solid 2 minutes to walk from one side to the other in a Mech vehicle. Players will be able to set up walls, storage units, turrets, mines, and even hire AI guards to keep their homebase on lock down from attackers.

Base sieges will also take place in the open world, meaning politics will play a major role in just how secure or threatened your alliance’s base is. It also means defeated players may respawn and come back a second time. This likely would continue in an endless cycle that would never give certain controversial factions enough time to rebuild and plan their defenses. As such siege battles will only be available at specific times that remain to be determined to ensure 24 hour surveillance isn’t required to maintain a proper base in-game.

The Repopulation has come an impressive distance since its first blips on the radar back in 2011. And Joshua claims they still feel they’re about a year out on an actual launch date. With the recent demonstrations of character customization and constantly smoothing and improving gameplay, it’s safe to say that The Repopulation is going to be one hell of an indie launch in 2014.