Released back in 2007, Osu has had a steady stream of updates since then. Osu was created by an independent developer named Peppy and is supported by the player base. New beatmaps, skins and other add-ons are constantly being created and added the official site for all users to download. Osu is a free game in the true sense, it is a clone of a popular Nintendo DS game called Elite Beat Agents and is entirely freeware. Donations are accepted but to my knowledge there are no special features or content that must be purchased.

The Osu! client itself is no more than 20 MB, but only comes with a short tutorial and a tiny selection of songs. In order to truly enjoy the game, players must download beatmaps from the official site. This requires registering, but is well worth it as this allows players to not only post on the forums but compare high scores with players worldwide. Beatmaps can be downloaded either separately or in packs. New players should start by downloading a few packs in topics that interest them; I went for the video game music beatmap packs first. Once downloaded, you must extract the pack but not the individual songs. Place these in their compressed state into the folder where you installed Osu (default is C://program files/osu). After you have some beatmaps placed, you’re ready to launch the game! 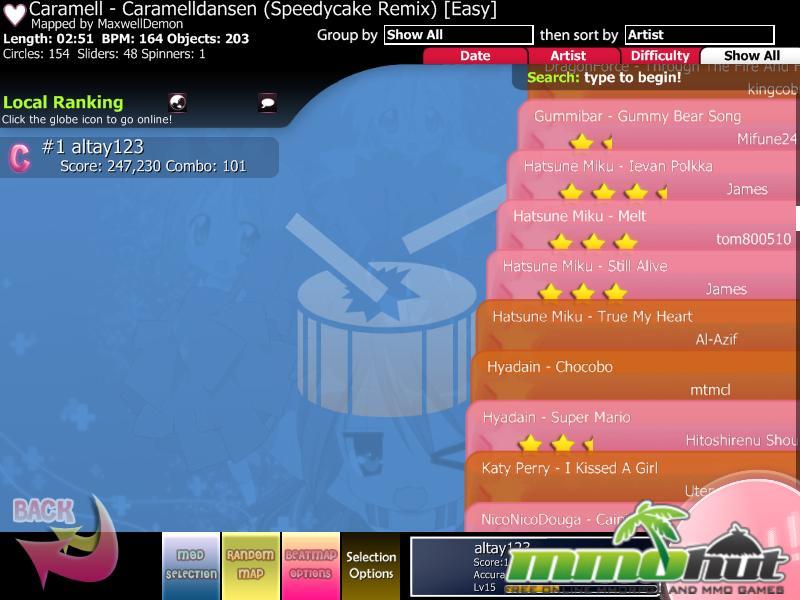 A short, optional tutorial is available to teach new players the game’s basics. There are three objects that players must interact with in order to score points and keep the game from ending prematurely. The first and simplest is the hit circle. These appear on the screen, generally to the beat of the song, and must be clicked on at the appropriate time. How exact a player is in their timing affects the points received. Missing too many hit circles or other objects causes the song to end in failure. Misses also ruin combos, which act as point multipliers. The second object is a Slider. Sliders consist of two circles and a path between them. Players must click, hold, and drag the mouse from one end of the slider to the other in order to complete it. Some sliders require players to go back and forth several times, in these cases the circles will be marked by arrows showing the direction the player must follow. The final object is a spinner. Spinners are generally easy ways for players to build up points – just spin the mouse in a circle until the spinner disappears. All beatmaps are made up of these three objects and clearing them with the best possible accuracy makes up Osu’s general gameplay. This may not sound too interesting, but if you’re playing songs or music you’re a fan of, you’ll find yourself repeating stages over and over to improve your score. 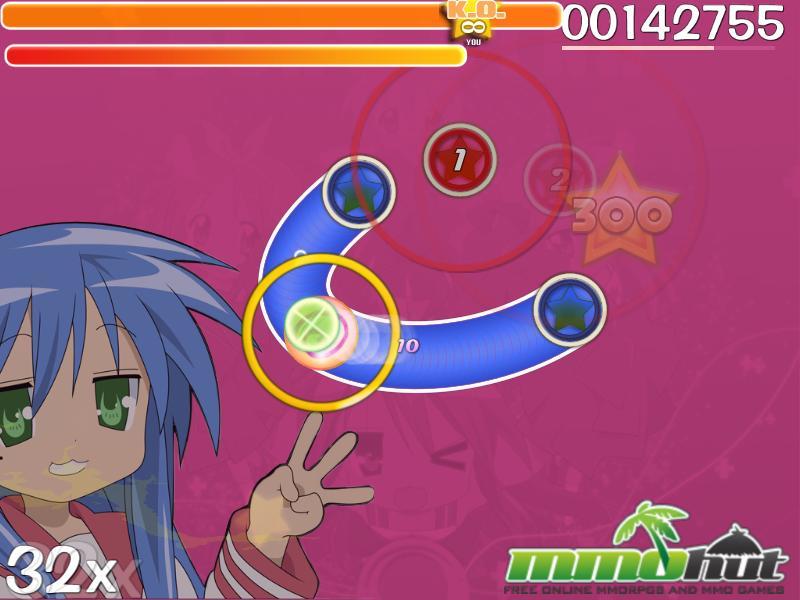 You Against The World

After each game, players receive a grade and have their score recorded both locally and on the internet, allowing them to see how they rank against everyone else who’s played that particular song. This feature in and of itself adds a great deal of replayability to Osu!, since you’re always looking to improve your rank. For those who prefer to play with other players simultaneously, there is a lobby feature where players host and join rooms. In order to join a room another player has hosted, you must have the beatmap they chose already installed. Unless you’ve got all the common beatmap packs installed, it can be quite frustrating to find a game. To be honest, the multiplayer aspects of Osu are more reassuring than useful. Knowing I can play with others is enough to comfort me while playing alone and simply going for the high score. 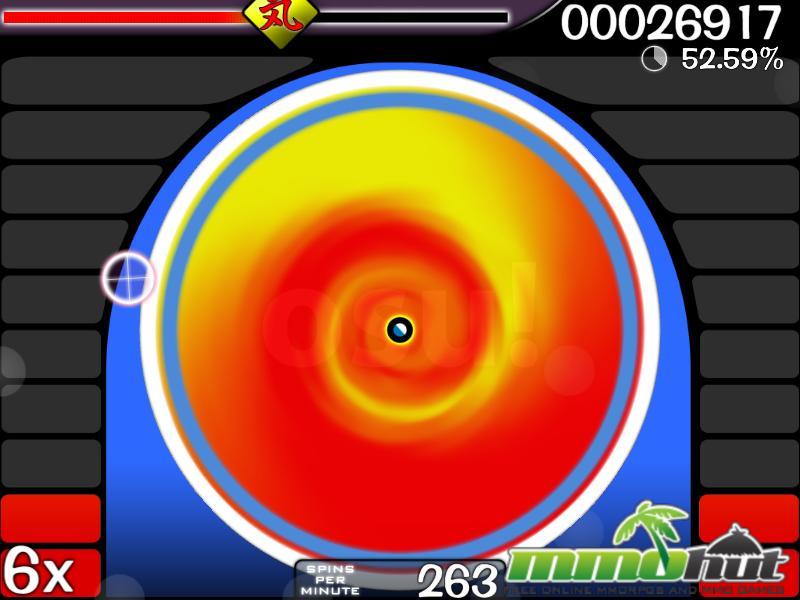 Besides the standard game, Osu offers two additional game modes under the ‘special’ category in the main menu. These special modes are Taiko and Catch The Beat. Taiko is similar to many drum-based music games – players hit the shown key when the targets move under a predetermined area. Catch The Beat is a bit more original and goofy. Here, fruit falls from the sky in sync with the song and players must catch them. Both special modes are significantly simpler than the main game but are fully functional. Another addition that adds lasting value to Osu is the ability to design your own beatmaps and skins. There are hundreds of fan made skins and thousands of beatmaps available on the official site so be sure to put all those resources to good use. Even with all these features and extras, Osu is not for everyone. The music-based video game fad began with Dance Dance Revolution and has spawned a whole genre with games like Guitar Hero, Rock Band, and so on. By now, most gamers will know whether music games based on timing are for them. For those who haven’t experienced the genre yet, Osu! makes a perfect (and free) introduction.

Osu! is a simple music rhythm game with thousands of fan-created stages. More of a casual game than something you play for hours on end, Osu! will entertain any fan of this popular genre. The nature of the gameplay make it inconvenient to play simultaneous multiplayer, but the ability to see worldwide rankings for all songs adds a sense of community.