The studio behind the golfing MMO Pangya is hosting a cosplay contest! Players have from May 13-31 to send in a screenshot of their in-game character dressed as their favorite movie, book, animation, or game character. The event is titled ‘Pangya Masquerade’ and involves avatars, not the players themselves, so don’t send in pictures of yourself dressed as Jasmine (you can still send those to me.) 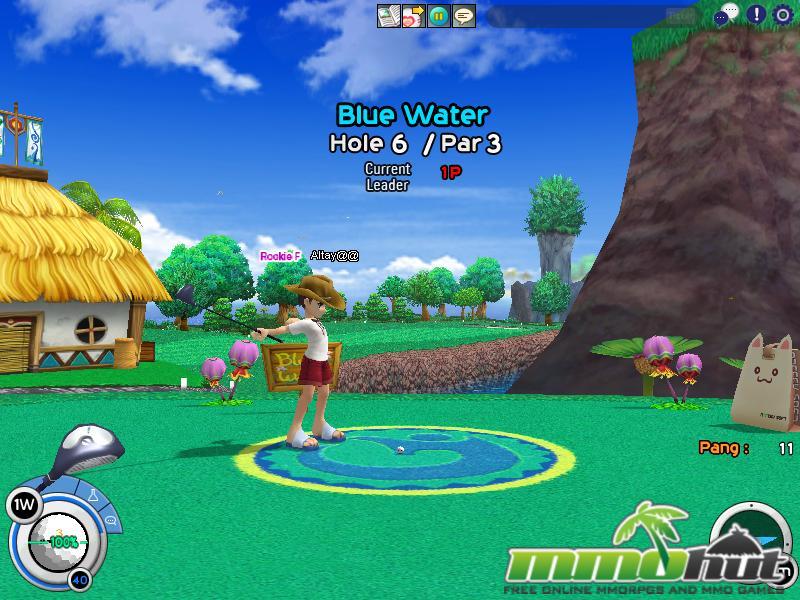 Would be participants should read the official rules on the Ntreev website, but as a summary the GMs need a picture of the original character along with the dressed up avatar in order to rate an entry. Prizes include club sets, gift cards, and more!

Be sure to read the full release below or head over to the official site to learn more about the event. Ntreev is the same Korean studio behind Grand Chase and Trickster Online.

Irvine, Calif., May 13, 2010 – Ntreev USA, a leading online gamedeveloper and publisher, announced today it will launch the Pangya Masquerade, a costume play event today through May 31, inviting players to dress up their character as one of their own favorite characters for a chance at winning fantastic prizes.  To participate in the event and submit a screenshot or to learn more about the game, players can visit http://Pangya.ntreev.net/

Cosplay, or costume play, is when players represent their favorite character from a movie, book, animation or game by dressing up and posing like them.  The Pangya Masquerade invites players to dress up their characters as one of their own favorite characters and post a screenshot of both their dressed up character and a photo of the character they are trying to represent.  GMs will vote for the top 10 entries who will receive fantastic awards including Funniest, Prettiest, Most Handsome, Most Original and Runner-Up.  Prizes include exclusive Club Sets including a Club Set of Wisdom, Candy Club Set, Golden Air Knight Club Set and Golden Spike Hammer Club Set.  Winners can also vie for other prizes including a $20 Amazon Gift Card, Gacha Coins, Card Packs and more!

“Cosplay events are one of the community’s favorite types of contests,” said Chris Lee, CEO at Ntreev USA.  “The players are so creative, and we are excited to see what they come up with for this innovative contest.”

Also beginning today is the Carnations in Bloom Event where carnations will drop from all courses and players can use them in Cadie’s Cauldron to create special items.  These special items will give players bonuses that affect their EXP and Pang.  The event runs today through May 26th.

Also for those that are itching to change their in-game name, the name change feature is available in the Settings Menu!

Pangya is a casual online multiplayer golf game that simulates the exciting sport of golf in an anime-inspired style with an immersive fantastical storyline. With varied landscapes from captivating desert backgrounds to lush green tropics, snowy wonderlands and more, players will find that the once peaceful island of Pangya was interrupted by evil forces that vowed to destroy the purity of Pangya’s serene nature. It is finally up to the citizens of Pangya to restore it to its former glory by placing the Comet in its rightful place so that nature can be revived. Players will find themselves deeply submerged into a competitive field where they will experience a surge of emotions from excitement to heart-stopping determination of putting the last critical shot amidst mystical elements such as fire-breathing dragons to save Pangya.  Players can go head to head in Tournament, Pang Battle, Team Match or Family Mode. Join Pangya and escape to paradise and swing for the heavens!

Pangya is free for players to download and play, while some items in the game including certain characters, clothing sets, new equipment and accessories will be available to purchase via micro-transaction. The in-game currency in Pangya, called Pang, allows players to purchase items from the game’s shop that will upgrade a character, provide new inventory and equipment, allows them to send gifts to other players and more. Gamers can earn Pang by finishing a hole at par or better and by showcasing powerful shots. For more information about Ntreev USA visit www.ntreev.net.
For more information on Pangya, please visit http://Pangya.ntreev.net/

Cosplay, or Costume Play, is when you dress up as your favorite character from a movie, book, animation or game by dressing up and posing like them.

Dress up your character as one of your favorite fantasy world characters, take a screenshot, and post it here along with a picture of who you are trying to portray. The GMs will vote for the top 10 entries who will then receive rewards.

Only one entry per player for this event, and the entry screenshot must only contain 1 player.

1. Post a screenshot of your character. You may wear a self-design created by someone else, but the screenshot has to be of your character.
2. In your submission, please include 2 pics: One of the original character or person that you are representing, and one of your in-game Pangya character.
(For example, if you are cosplaying as Cinderella, please post a picture of Cinderella along with the screenshot of your character as dress up as Cinderella.)
2. Altering or Photoshop to add text is allowed, but the actual character images cannot be altered. (such as hairstyle, clothes or facial expression)
3. The screenshot cannot include any other player besides you
4. The screenshot must not be from a previous event. (Only new and original submissions will be considered)
5. Please make sure that the screenshot clearly displays your IGN (In Game Nickname).
6. All submissions must originate from the Ntreev USA version of Pangya
(Screenshots from any other version will not be considered)
7. Please keep all posts appropriate and in observance of the TOU (Terms of Use) Agreement at all times.
8. Please stay on topic. Any posts that are not valid submissions for the event will be omitted.
(A discussion thread can be found here)
9. Please use our ‘Insert Media’ function.
10. Think about where to take your screenshot from.
If you are cosplaying as a dark mysterious character, how about taking your character to Dark Inferno?
If you are copplaying as Indiana Jones, how about taking your character to Shining Sand?

Runner Up (6 entries): Blank Self Design Top & Bottom of the character in the submission , Gacha Coin(2), Card Pack(2)

Example: Here is an example of my Kaz cosplaying as Waldo