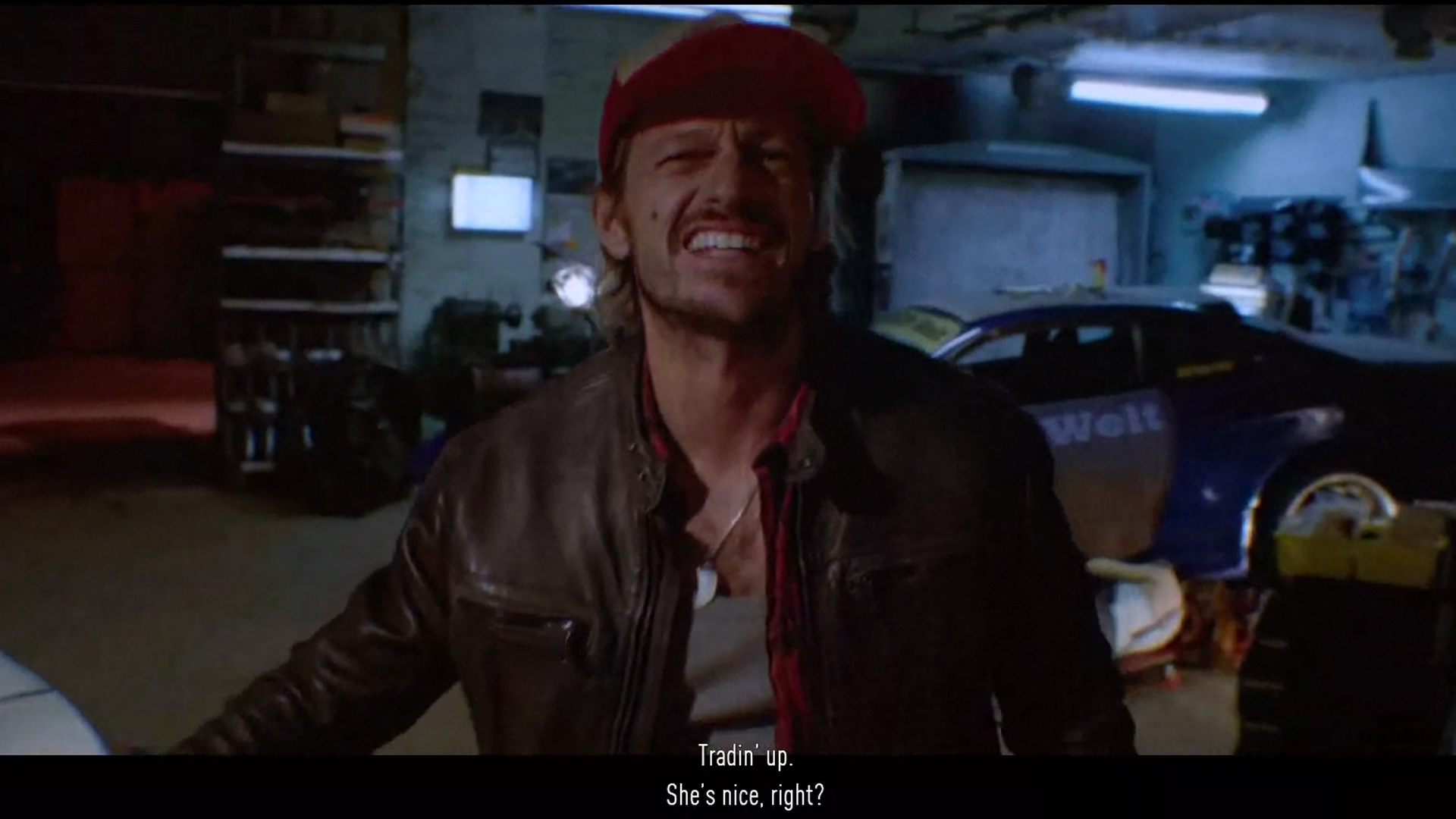 The Need for Speed series has always had a special spot in my heart. I spent countless hours playing through Need for Speed: Most Wanted on my GameCube back in 2005. A lot of fun times were had in that game, and it stood out to be my favourite game from the series. After my GameCube, I did not spend too much time on consoles aside from the occasional Nintendo games such as Super Smash Brothers and Mario Kart when friends are over, or my trusty 3DS while away from my computer. Since that time, none of the newer Need for Speed games stood out on PC, and to be frank, were not very fun to play. I would mess around with them for an hour or two, sometimes less, and then move on to more interesting racing games such as Project Cars or Mario Kart.

However, the latest installment to the series, simply titled Need for Speed, caught my eye with its exclusive PC trailer. The game was originally released for consoles last year but the PC version was delayed to presumably provide a better experience for PC gamers. Delays are usually looked down upon as we all just want to play the latest games as soon as possible. I mean, we’re getting Need for Speed (2015) in 2016; even the name doesn’t make sense now. Fortunately, games such as Grand Theft Auto V have shown us that sometimes having a delay to properly port to the PC is not so bad. Read on for my thoughts on the latest Need for Speed game and whether this delay was worth the wait.

The basis of Need for Speed is street racing and police pursuit. Players work towards becoming the best street racer by participating in events, purchasing new cars, and upgrading and customizing their own cars. This game does not stray from this main theme and still feels like your typical Need for Speed game. It doesn’t bring anything mind blowing to the table but instead sticks to its roots as an arcade street racer. This can be either good or bad but after seeing more than 20 Need for Speed games, it would have been nice to see something new and unique.

Sometimes simply taking an already working model and making slight tweaks and improving the graphics can be enough. If it wasn’t we would have seen signature sports games die out a decade ago. After playing this rendition of Need for Speed, I felt extremely nostalgic of my initial GameCube adrenaline rush of racing down streets with police right on my tail. You will not see anything revolutionary in the latest installment, but the fun factor is still present. With the genre moving ever harder to the side of realistic simulation racers, fans of Need for Speed may feel a breath of fresh air to get such a good looking arcade racer.

It wouldn’t be NFS without the police pursuits

Enough reminiscing about the series’ history and the past – let’s talk gameplay. After booting up the game, I was pleased to see a nice UI throughout. The menu easily gets what you want done in a jiffy so you can focus on racing. However, the tooltips left me confused and lost for a while. Although I was using a steering wheel peripheral, it kept giving me hints with keyboard shortcuts. It wasn’t until I picked up a controller that the tooltips actually began to make sense.

There are a decent amount of options available to modify controls and graphics but the options do not go as deep as their competition. As promised in the PC reveal trailer, we now have support for 4K, unlocked framerates, manual transmission, and support for steering wheels. Ever since I picked up my Logitech G27, my love for racing games has grown. While the wheel works great in realistic simulators, I was looking forward to seeing how it performed in an arcade racer.

Arcade racers do not feature 1 to 1 input, there is some magic done behind the scenes to make the driving experience easier and more ‘arcade’ like. It’s easy to maneuver around corners at high speeds, making drifting look easy. Maneuvers requiring great talent and practice in the real world become child’s play. When using a keyboard or controller, this behind the scenes magic can be done without interfering with the player’s controls. However, on a wheel, you expect the car to move according to the position of the wheel and with force feedback (which makes the wheel have resistance and turn automatically depending on the car) this behind the scenes magic can end up not being behind the scenes at all. When I turn my wheel, my car does not turn as much as I would expect; you can easily find yourself making multiple rotations to move your car where you need it to go. You are able to mess around with the wheel sensitivity settings but when a wheel is supported out of the box, the default controls should feel natural. I am not the only one having issues with the game’s wheel support.

You can customize many aspects of your car

At times it does feel nice to be able to drift around corners using a wheel, but more often than not you are fighting with the wheel to get it to do what you want. The force feedback seems to be especially strong, I am always fighting to turn the wheel and letting it go for even a second will cause it to snap back to the middle. For those of you who have driven cars, it is natural for the wheel to slowly rotate back to its neutral position. This makes it much easier to turn and drive but it snaps back way too quickly in this game. Furthermore, the clutch and H-Shifter is not supported in NFS. You are forced to use your paddles to shift if you prefer manual mode which can become quite awkward when you are constantly rotating the wheel to drift. It would have been nice to see clutch and shifter support to improve the control you have over your car. It is important to note that I do not have a separate peripheral for my handbrake, so while I did find it awkward to press a button on my wheel to drift, it would have been much more natural if I did have this extra peripheral.

After giving up on the wheel and moving to an Xbox controller, the game became much more fun to play. While not as fast as other cars, even your starting car is quite fast and lets you enjoy the arcade style of the game without barring it from an initial car grind. All events have some level requirement which lets even your slower vehicles have a chance to win. As you accumulate reputation by participating in events or through open world objectives such as doing donuts or reaching a high speed, more parts will become available for purchase. These parts can improve various aspects of your car such as horse power and traction. It was great to see additional options such as enabling or disabling various driving assists or changing tire pressure to improve grip or drifting capabilities.

If you are not the type to slowly upgrade a vehicle, entirely new vehicles are available for sale. All of the cars in Need for Speed are based on real models such as the Porsche 911 and Lamborghini Aventador. These cars look great with the game’s photo realistic graphics and sound even better. I only wish interior views were available; I prefer to limit my field of view to how it should be in the real world.

Once you are happy with your vehicle, you can roam the world in this always online game to race other players or participate in events scattered across the map. The world is quite large and gives you room to joyride and explore. Unfortunately you are always seeing the world in the dark, there are no day/night cycles. This also means that, like in the real world, the city is quite dead. You do not expect to see many cars during the night and find yourself having the roads to yourself (watch out for the cops though!). The city looks great but the environment could use some work. Just because it’s eternal night does not mean that nothing should be going on!

It’s not all bad as you can see other players driving around, interact (crash) with, and even challenge them to races. Even with these players and some AI, the roads still feel quite empty and what should be a street race ends up feeling just like a regular closed circuit track.

While there is no vehicle damage, you can still total your car

Need for Speed is quite fun to play but is not a game I can recommend or see myself continue to play. It’s a fun game to fool around in from time to time but with the full price tag ($90 here in Canada!), I would point my wallet towards other racing games. If you are a fan of realistic racing simulators, check out Project Cars. If you are a fan of arcade racers, and do not already play Mario Kart, Wincars Racer is showing serious potential.

I do not want to say too many bad things about the game because it looks like Ghost and EA are headed in the right direction by listening to the PC community and providing us a game that is not a simple copy and paste from the console versions. Additional effort was put in to provide better graphics, unlocked framerates, and steering wheel support. It was great to see this being offered, but in the end the game was not very fun to play, which should be the main goal. If future releases continue to focus on PC specific features but also improve support for steering wheels, I can see myself having a blast playing the 23rd Need for Speed game.

Tip: Origin Access lets you try this game out for 10 hours and gives 10% off all purchases. It is still cheaper to purchase Origin Access for $5/month (you can cancel right away) and buy the game than it is to just buy the game without Origin Access. I suggest trying out the game before committing the full price towards it.

Graphics: 4/5
The game looks great. However, while we all know that rainy nights make cars look amazing, it can get quite dull over time. It would have been great to see more changes to the environment instead of just focusing on a wet and dark night.

Control: 3/5
Having solid controls is a must for racing games. Like previous installments in the series, controllers work great. However, the trailer promised steering wheel support, and I was looking forward to using my Logitech G27. Unfortunately, it did not feel natural driving with the steering wheel and my clutch and H-Shifter were not supported.

Features: 4/5
There is a good amount of content available with multiple types of race events for players.

Customization: 4/5
While other players have been complaining about there not being enough customization, I was quite pleased with how much you could change in an arcade racer.

Community: 3/5
You will see players driving around or participating in races in your world. However, there is not much additional interaction unless you challenge them to races.