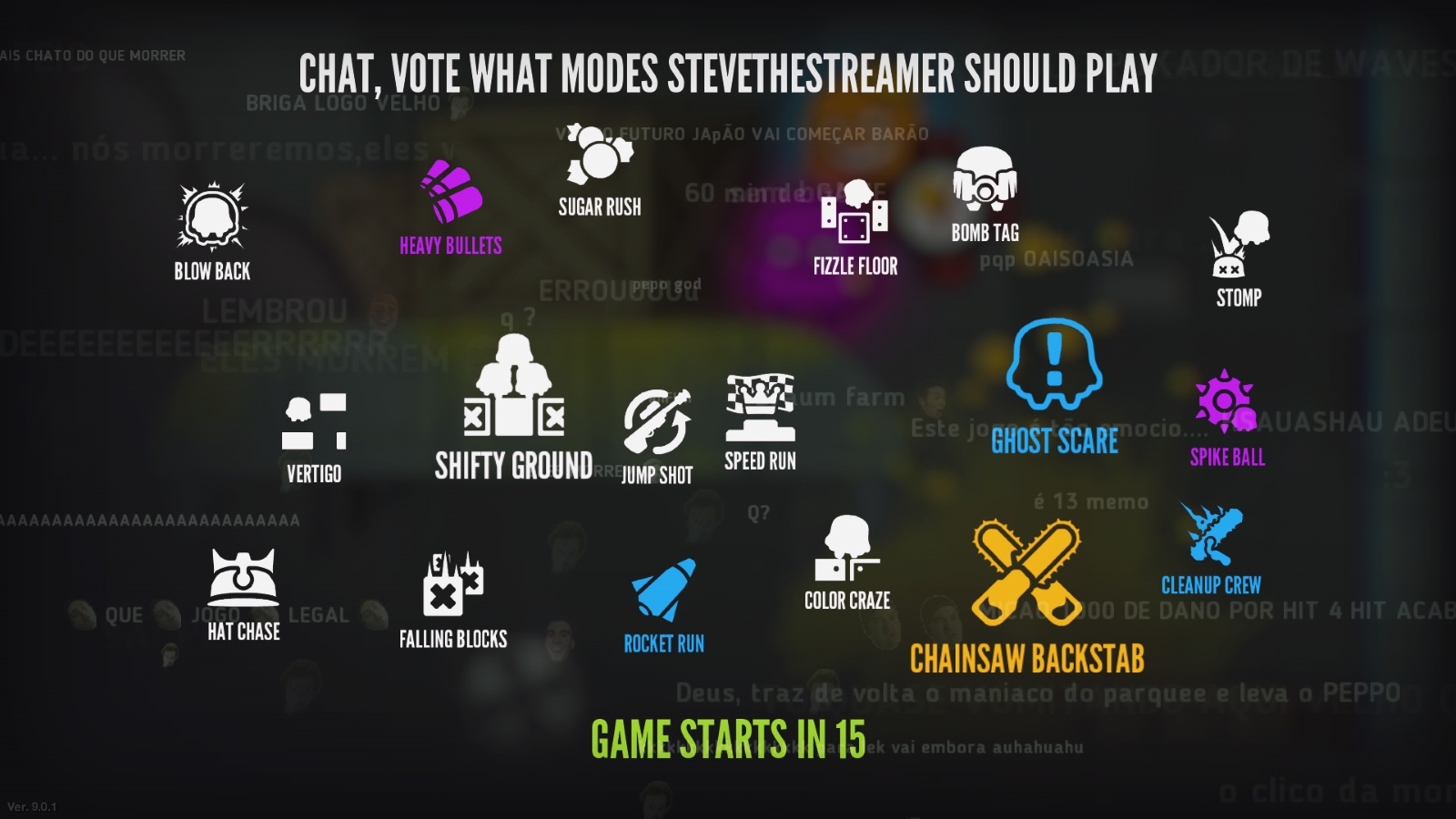 The expression “the more, the merrier” has never been more apropos as indie game developers Those Awesome Guys announced today that the Move or Die “Viewers vs Streamers” free content update is available today. Packed full of goodness including the new Heavy Bullets game mode, Teleport Mutator, and playable characters like renowned indie game hero Shovel Knight, the update also adds the highly anticipated Twitch Mode, enabling – for the first time – Twitch viewers to play with livestreamers in Move or Die.

“Today is an exciting day, as now Twitch viewers can now influence and interact directly with their favorite livestreaming hosts in Move or Die,” states Nicolae Berbece, founder and lead developer of Those Awesome Guys. “With the new Viewers vs Streamers update, we included game modes only available in Twitch Mode that allow the Twitch audience to vote on different lasers firing, bombs dropping on specific areas, balancing platforms, deciding who is the most handsome player, and much more. We basically allow the Twitch chat members to decide which livestreamers live and die in Move or Die – and it’s going to be glorious!”
“Because our Game Developer Success initiative centers on working with developers who are interested in leveraging Twitch for their products, Move or Die’s integration of a dedicated Twitch mode is perfectly aligned with our vision for the industry,” said Marcus ‘djWHEAT’ Graham, Director of Programing, Twitch. “After seeing the positive reception to their Twitch mode at our recent PJSaltan of Stream tournament, it illustrates how keeping the Twitch community in mind should be a core part of game design.”

QWERTY Bombs is one of the unique Twitch Mode special events that viewers can control!