Move or Die Coming to Consoles in 2017 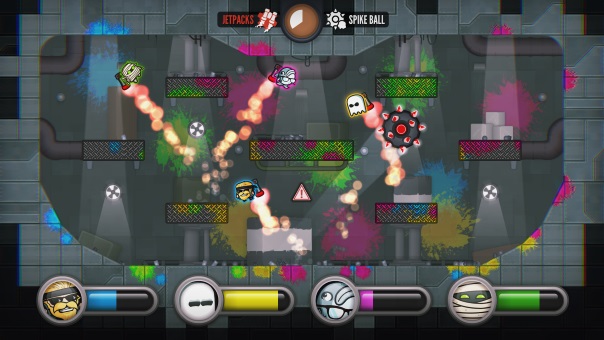 Independent game developer Those Awesome Guys and Reverb Triple XP, an initiative of the veteran PR team at Reverb Communications, are very pleased to announce that indie multiplayer sensation Move or Die will be coming to consoles in 2017.

Gamers will never find a more delightful method of destroying friendships on their couch and online with Move or Die’s addictive gameplay, fast-paced intuitive control mechanics, and wealth of game options including fifteen Mutators, eight game announcers, and over twenty different characters including Shovel Knight. With new console features planned including team play, Move or Die is the very definition of a perfect friendship-ruining game.

Without fail, the most common question I receive is ‘when Move or Die would be coming to consoles’ – well, it’s finally coming you grateful bastards. Not only are we bringing the game with all the updates since the game launched, but we also have new awesome features for the console versions – we definitely plan to test the friendships of console players next year!