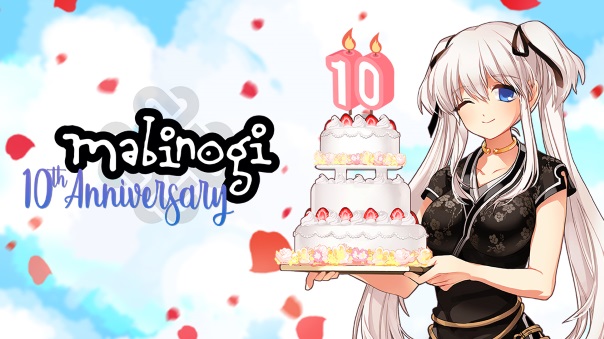 This month marks ten years of Mabinogi from Nexon! For that reason, there are 30 days of celebrations coming! Over the next 30 days, events iwll take place directly in game such as challenging themselves to the Cave of Trials, feeding the hungry deer, voting on their favorite NPC and much more. Lots of in-game gifts also await fans from Nexon, to thank them for their years of dedication to their game. Players only need to log in to get amazing gifts, like the Party Balloon Pony Whistle, 10th Anniversary NPC Miniature Box as well as a Rose Wreath Fez and Tia Mini-Gem.