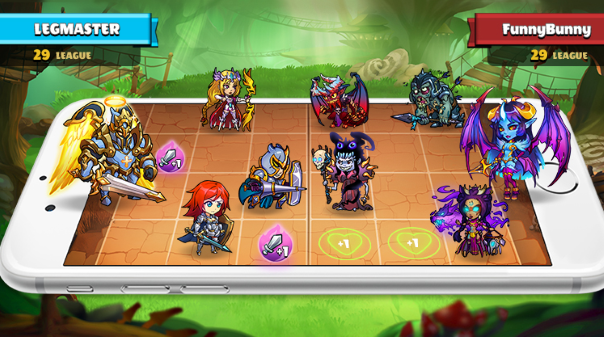 Mighty Party, the turn-based RPG with Collectible Card Elements is now live on Apple iOS devices! Take to the fantastic world of Pangea, where you control Adam, a man who must save this world through great battles and unforgettable adventures. Little does he know that these battles will have a real effect on the world around him. As the player, collect and evolve your Mighty Party to defeat other players using a tile-based battle system. Discover your opponents tactical weaknesses and exploit them, playing heroes that can swing an unfortunate situation back into your favor! There are hundreds of different characters which are unlocked as cards are acquired through gameplay. Each character has their own strengths, weaknesses, and can be powered up via a level-up system. Currently, it is localized in English, Russian, Spanish, German and French, but more languages are on the way in future updates.

In addition to performing standard tasks at the moment we see five different game modes: