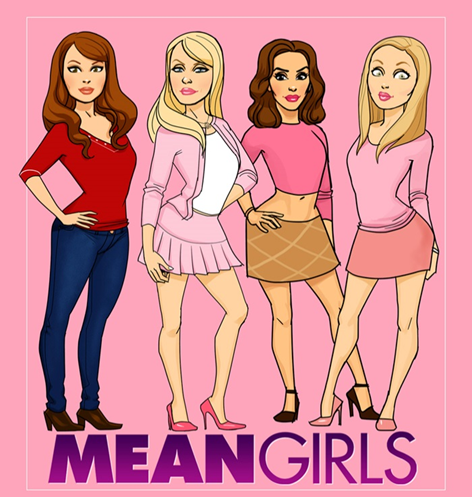 High School at peace when an upstart Plastics clique attempts to take control by piecing together the broken Spring Fling Tiara. Players can select from eight of their favorite Mean Girls characters—Cady, Regina, Gretchen, Karen, Janis, Damian, Aaron, and Kevin, each with their own distinct boost abilities—and all the cliques from the cafeteria, to help defeat opponents and complete each level.

“Mean Girls is such an iconic film that so many people love,” said Jeff Meador, founder and president, So Much Drama. “The game embodies everything that is hilarious and quirky about Mean Girls and the struggles of high school life. It’s wild, fast fun that’s totally grool!”

Mean Girls’ rich selection of 19 cliques to choose from offers different attack styles to protect North Shore against the youthful onslaught of the new Plastics. From Band Geeks and Preps, to Regulation Hotties and Burnouts, Mean Girls has the gamut of high school cliques covered. It offers seven different ways to play with movie-based gameplay modes such as You Can’t Sit With Us, Social Suicide, She Doesn’t Even Go Here, and The Limit Does Not Exist. For players dedicated to knowing everything about the super awesome Mean Girls world, So Much Drama has peppered the game with more than 70 life-ruining trivia questions referring back to the original film.

Mean Girls the game is available now on the App Store for $3.99. For more information, please visit So Much Drama’s Website, www.somuchdramastudios.com/