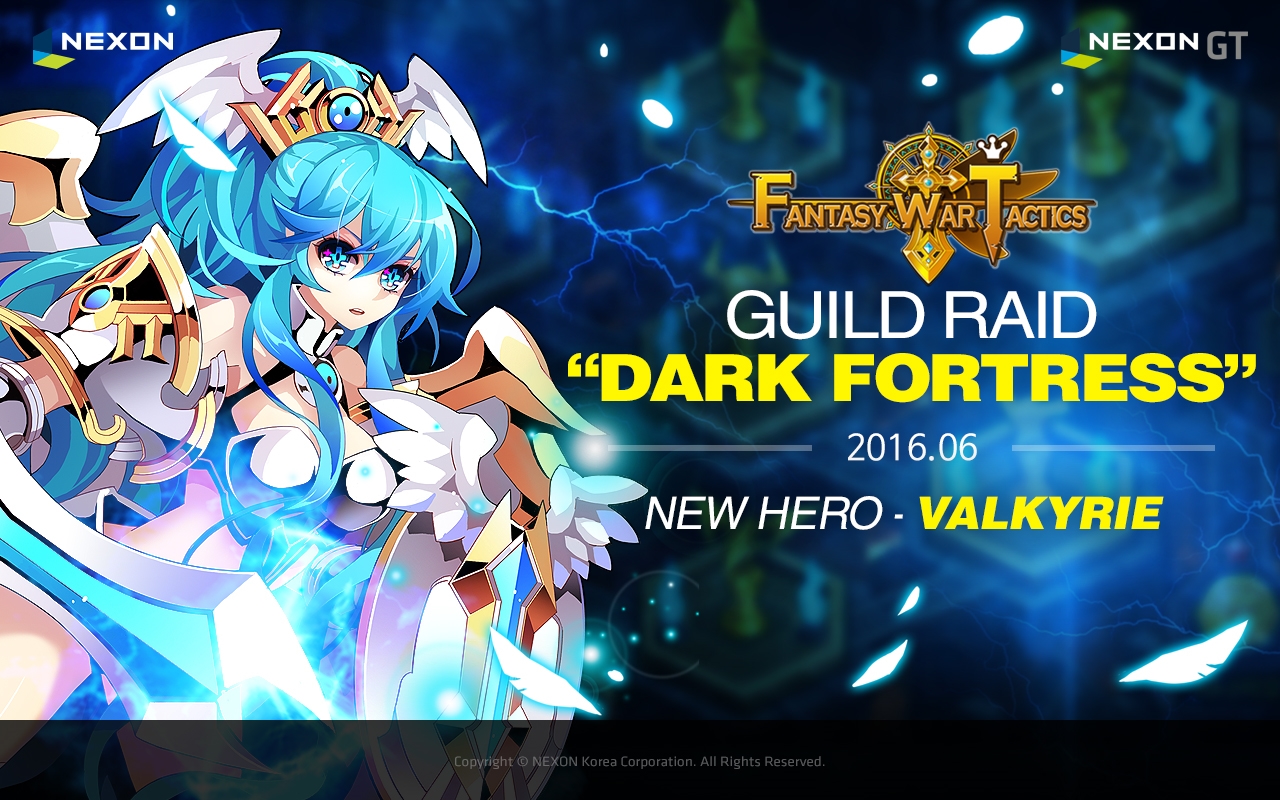 Return to the lands where magic and machines co-exist in Fantasy War Tactics, as NEXON Korea Co., Ltd. (“Nexon”) (3659.TO), a worldwide leader in free-to-play online and mobile games, through its Korean subsidiary, NEXON Korea Corporation, launches the latest content update for its popular strategy role-playing game (SRPG). Fantasy War Tactics is available in over 150 countries, including those in North America, Europe and Asia, for Android and iOS. The iOS version will add a new language service for Thai-speaking players, also available for Android.

Players journey through the turn-based Fantasy War Tactics as an ambitious wizard bent on conquering the world, utilizing their heroes’ character skills, terrain, strategic movements and friends to help them in the heat of battle. The latest guild raid updates, ‘Dark Fortress’ and ‘Equipment Transcendence’ comes full of new content for players to immerse themselves in, including the introduction of its newest hero, Valkyrie, as well as new challenging boss dungeons to explore.