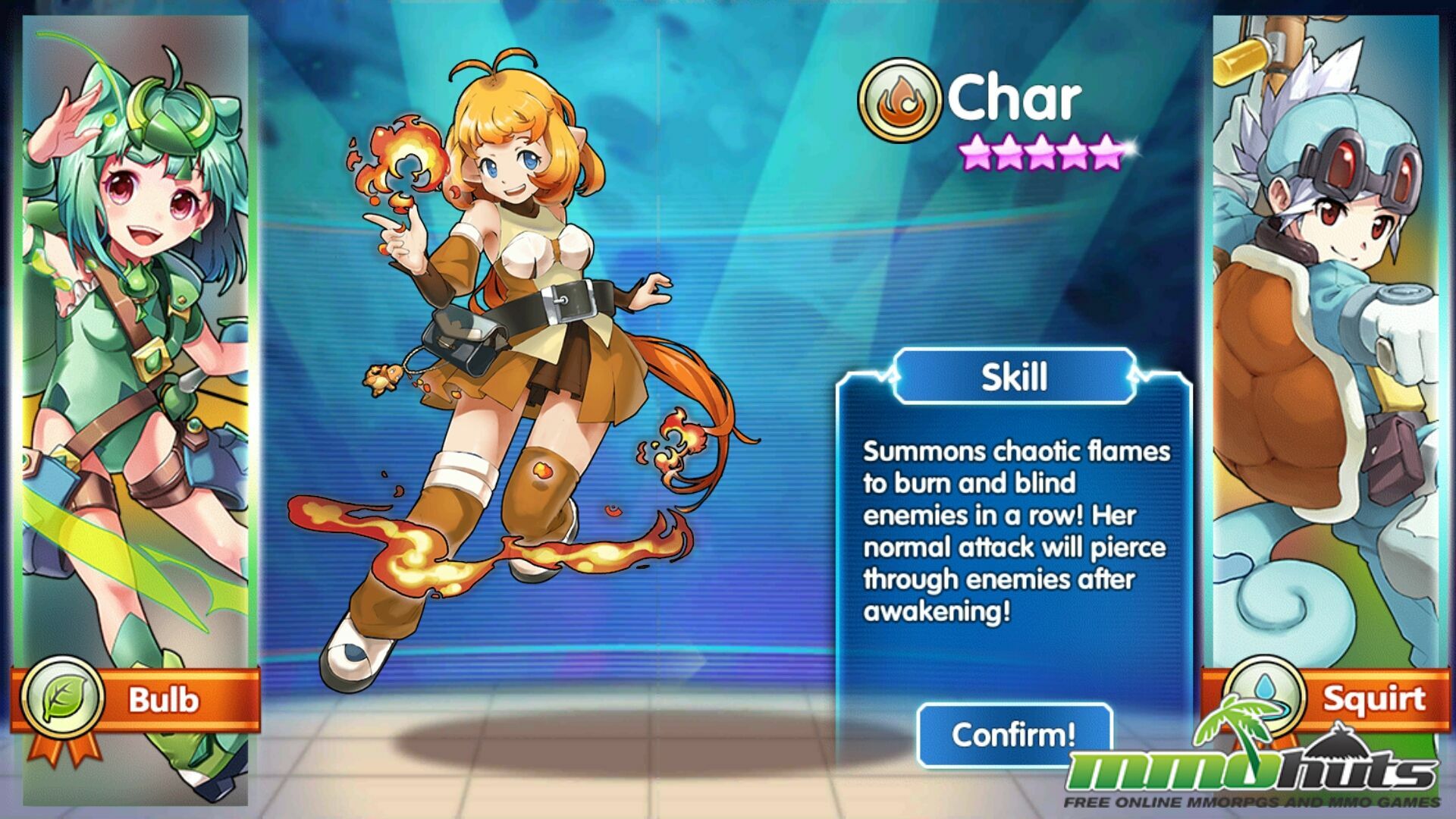 What do you get when you suddenly decide to rip-off Pokemon and recreate every creature in the franchise into a cute lolicon instead of the monster that you’ve grown to love? You have Grant Prospect Lmt.’s Magic Elves, also known in the iOS as Super Evolution. 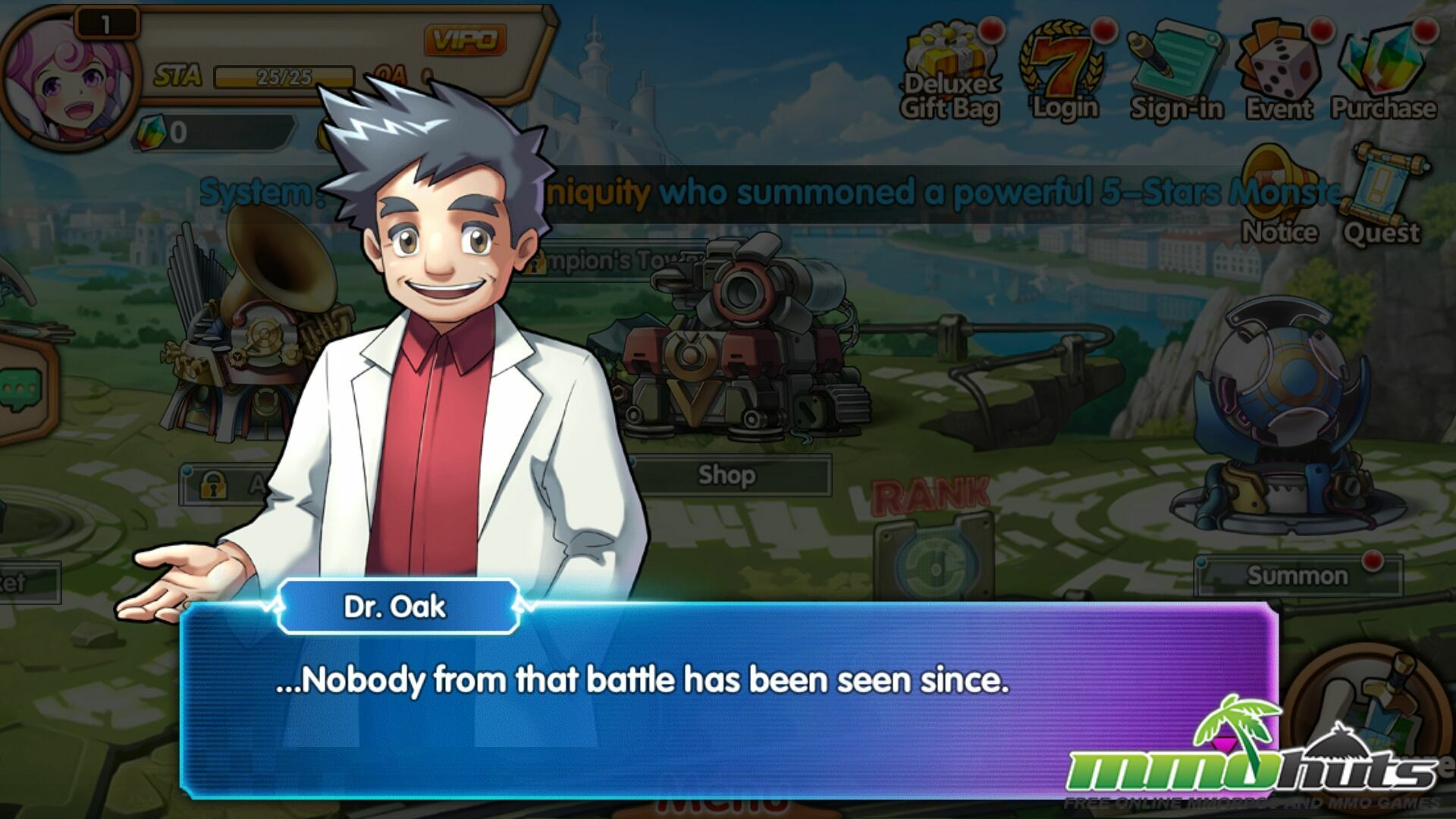 When Dr. Oak said these words with a smile on his face, I knew I was working for a maniac.

Magic Elves: Super Evolution is a game that shows how lazy game developers can be. The game starts you off just as any Pokemon game would. You’ll be meeting with a Dr. Oak and will be given three starters to choose from. These starters are the game’s versions of Bulbasaur, Charmander and Squirtle, all in loli form aptly called Bulb, Char and Squirt (yeah they did it).

You will then embark on your adventure as you try to take down Mutant, or this game’s version of Mewtwo.

Magic Elves: Super Evolution focuses primarily on unit collection and management. You can provide equipment for the various Pokemon – I mean units in game that are highly if not reminiscent of all the Pokemon you can capture in the Kanto region. Equipment is upgradable using in-game currency though max level is capped by your account level.

Game progression is done through a quest system and a series of instanced based encounters determined by the area you’re currently in. You can also join guilds and even take on boss level monsters on time-based events that would enable you to acquire rare items for providing assistance to the raid. 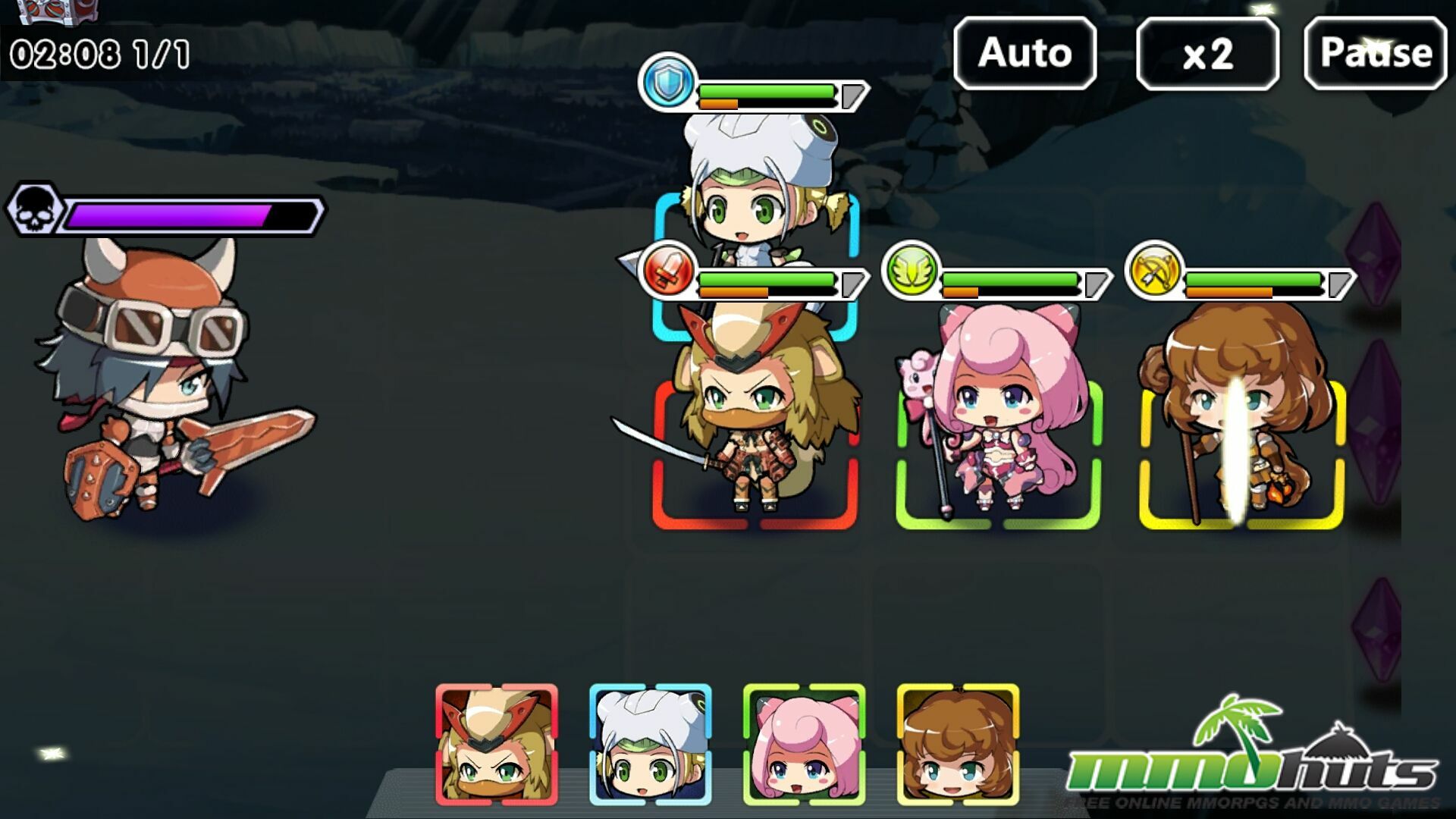 Each map you jump into in-game has two different modes. You have the battle mode where you just merely go through the motions of the line defense battle. The other mode is the explore mode where you have to go through another grad stage uncovering hidden units, vases, or question marks that provide items like gold or Gacha cards.

Battles take on the form of line based skirmishes between monster mobs. If you’re familiar with Chain Chronicle, then you’d basically have the battle system pegged. For those who aren’t familiar with it this means that you have a 3×7 grid where your units would have to face waves of opposing mobs. Each unit in the field, depending on the type, has an active skill option aside from the default attacks. It’s up to you as the trainer to decide when to activate these skills to clean out the mobs as you defend your crystals from being destroyed.

You can opt to manually control these units in the field by targeting and setting them into position for a better shot. Or you can let the game AI control movement so you only have to focus on activating skills. 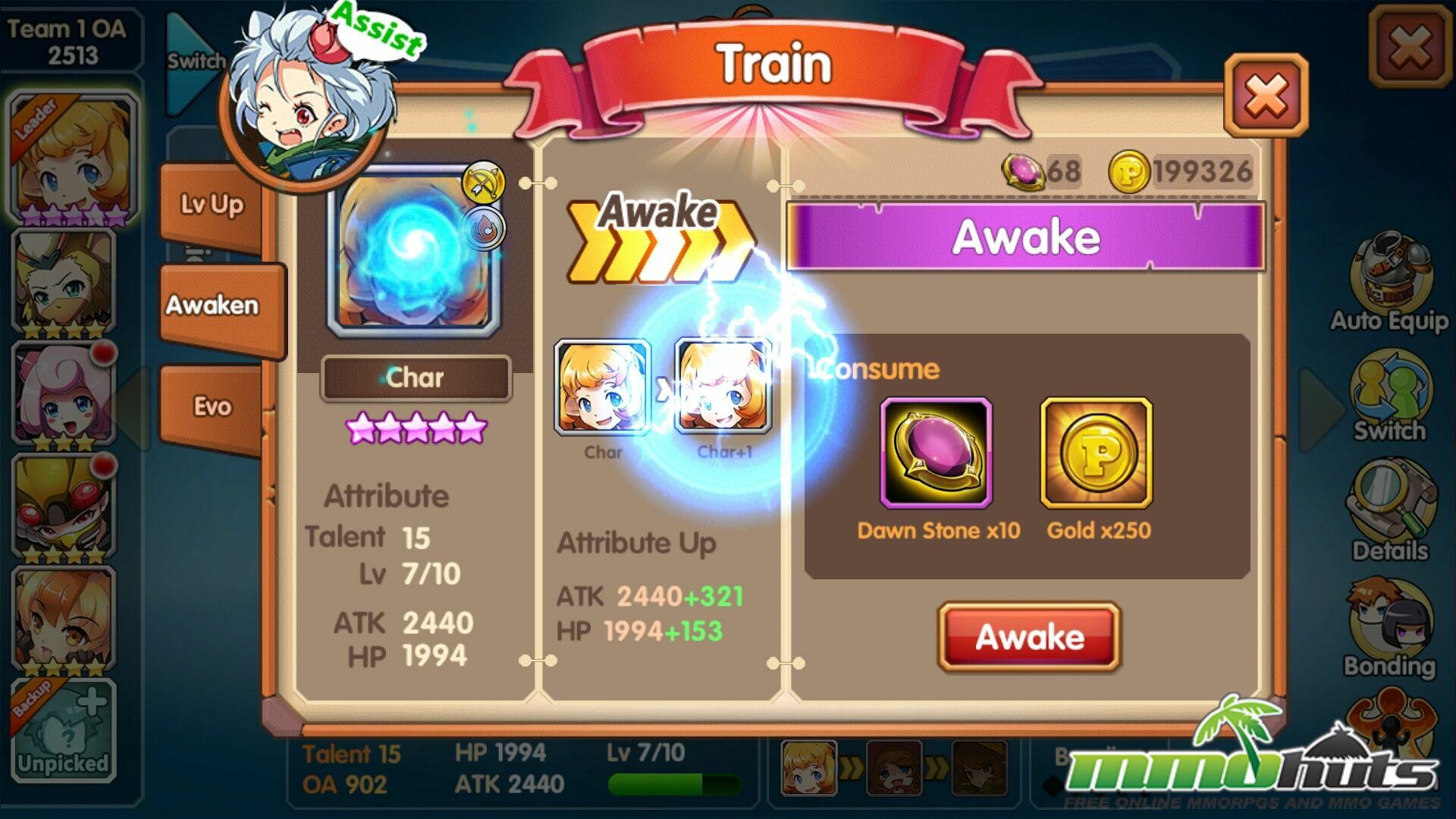 You aren't truly copying Pokemon until you instill an intense level grind.

With the way the game is set up, the satisfaction of a job well done in combat isn’t really felt. And eventually you’ll set the combat into auto because it’ll eventually become a tedious chore.

Magic Elves: Super Evolution is another grindfest, with serious endless level progression. You have to manually level up your units aside from their equipment, involving a system of collecting materials to do so. These mats are collected by grinding different areas of the map, meaning the further into the story you go, the wider the variety of items you can acquire. This is also important to note as you will need a serious collection of materials to unlock evolution to see the more advanced forms.

Thankfully, this is made a bit less tedious by utilizing auto-raiding. You’re limited in the number of times you can auto-raid the same map, unless you’re willing to pay premium currency to keep the loot train chugging along.

The Elephant in the Room

With everything said about Magic Elves: Super Evolution, the one big thing that really needs to be addressed right now is how much of the game’s “fluff” material is taken from Pokemon. 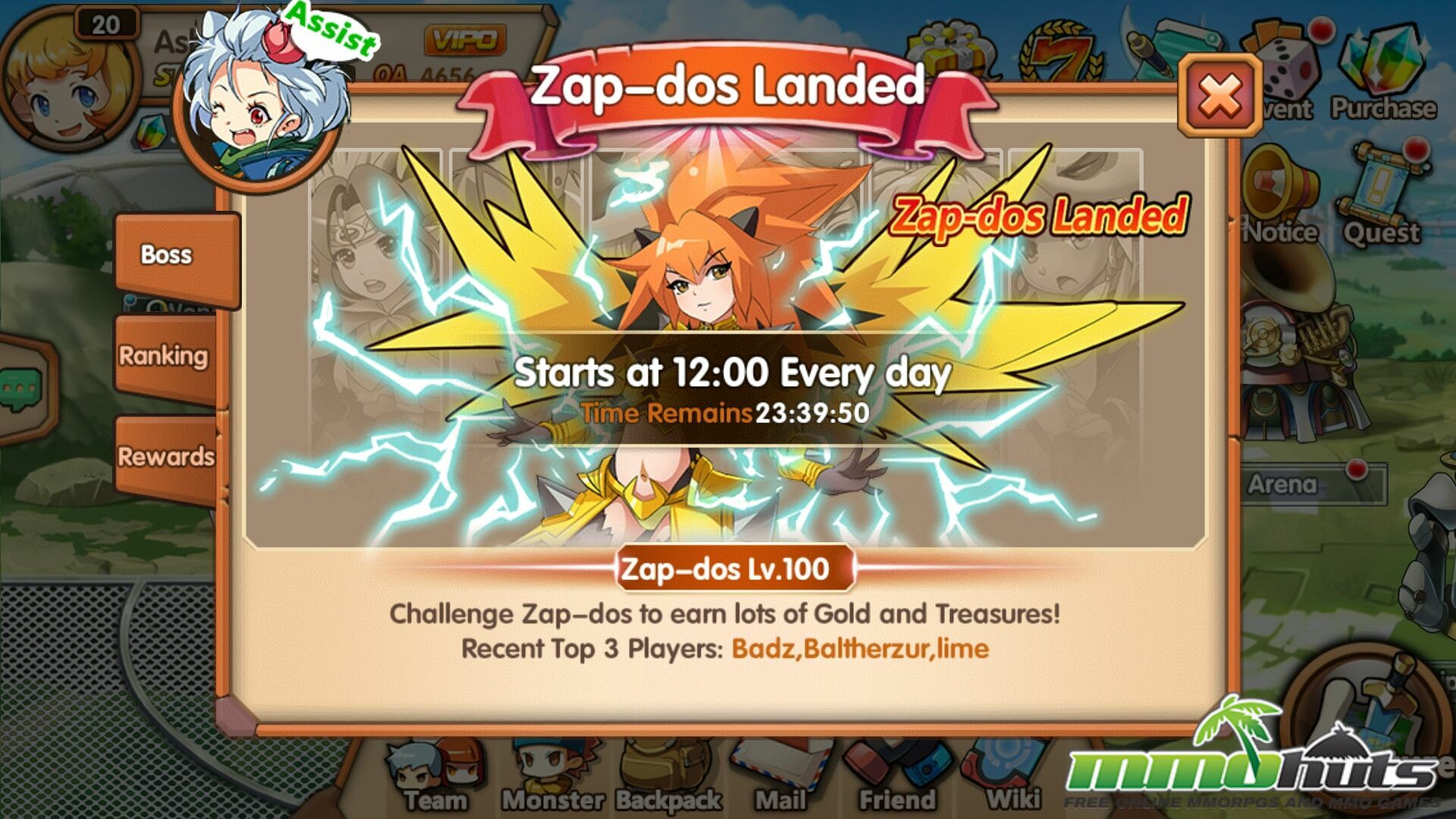 In case there was any doubt, Zap-Dos wears the smug expression you'd expect after 20 ultra balls have failed.

If you’re a true-blue fan of the franchise I would expect you to just hate the darned thing even with its previous used title, Pocket Master. The evolution names, and even the character designs are pretty much spot on in an alternate world of Pokemon. At least in the artwork department, I appreciated the imagination put in to convert so many creatures into their lolicon equivalent. This is the only originality though as even the names are near one-to-one conversions with Zapdos as Zap-Dos as one of the most grating examples. Effort was avoided when at all possible.

Nevertheless, if you can stomach through the clear IP rip, Magic Elves: Super Evolution builds on solid proven mobile gaming principles. While the gameplay mechanics are also a mish-mash of other existing titles, I experienced few bugs or other grating annoyances that held me back.

In my experience, titles that have lifted the content from other bigger named IPs are really lazily done that the only reason you stumbled into the game in the first place is you were looking for a mobile game tied to the IP you’re looking for. And as for Magic Elves: Super Evolution, the gameplay can and will make you stay. In fact, with the game system in place, I feel even without the Pokemon IP it could survive. Granted in the oversaturated market I wonder if it would have ever been noticed.

Is the game recommendable? If you’re looking for a new hero collection game that doesn’t have any CCG elements, then sure. But chances are if you aren’t here strictly for some sweet Pokemon Lolicon action, you can look elsewhere.