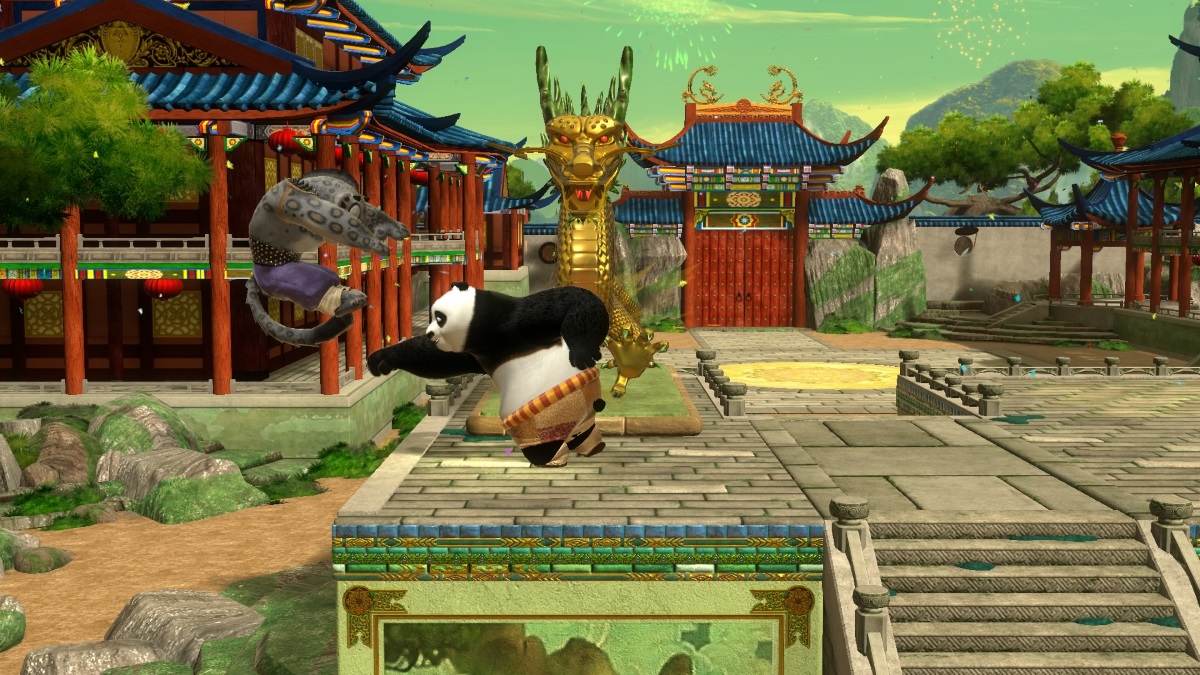 Calling all Kung Fu warriors, panda pugilists and noodle connoisseurs! Worldwide video game publisher Little Orbit announced today that lovable martial arts panda bear, Po, and his many friends and adversaries in the Valley of Peace will face off in the ultimate martial arts challenge… the first-ever Kung Fu Panda: Showdown of Legendary Legends! Fans of this bodacious franchise will soon be able to enjoy all the high-flying, quick-kicking, head-spinning, Kung Fu action this Fall on PlayStation 4®, Xbox One™ PlayStation 3®, Xbox 360®, Nintendo Wii U®, Nintendo 3DS™ and Steam (PC).

Developed by Vicious Cycle, Kung Fu Panda: Showdown of Legendary Legends will bring fans a fresh and fist-pumping way to experience DreamWorks Animation’s beloved franchise with explosive, fast-as-lightning action! With a variety of challenging local and online multiplayer levels, familiar film locations and 20 playable fan-favorite Kung Fu Panda characters, the game will appeal to gamers who like their brawler games served up with a side of laughter.

“We are very proud to team up with DreamWorks Animation to extend the world of Kung Fu Panda in a new exciting way,” said Matt Scott, CEO of Little Orbit. “This is a perfect match-up to bring this extraordinary series to gamers who love a great multiplayer martial arts game.”

At launch, Kung Fu Panda: Showdown of Legendary Legends will star popular characters from the first two Kung Fu Panda films. Following the release of Kung Fu Panda 3, new film-specific content will be added. Spanning across the cast of all three films, the game will be centered on an epic tournament where all warriors compete for glory.

Kung Fu Panda: Showdown of Legendary Legends will have a wide assortment of modes available for single and multiplayer. The single player selections will include Tournament of Legends, Practice and Tutorial modes, while the multiplayer options will consist of VS., Team Play, and Tag-Team modes. All multiplayer modes will include options for both local and online play.