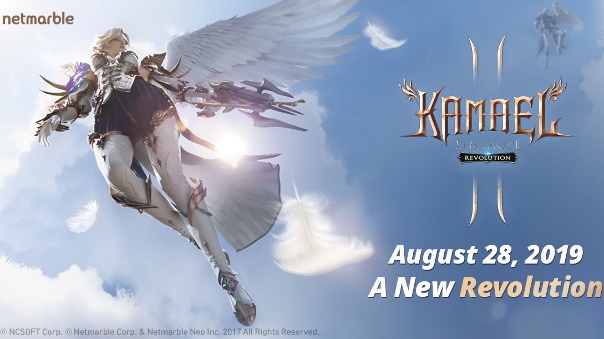 Lineage II: Revolution has a new update that’s live today, and brings with it the new ‘Kamael’ race. The cold-blooded, powerful Kamael is the sixth race to join the game, following the Orcs last year. They were designed by the Giants as a weapon to combat the Gods, they are powerful and can absorb the souls of their foes to use in battle. When selecting the Kamael to start, players begin in the new ‘Soul Island’ territory and have access to three classes – the Berserker / Doombringer (Warrior), the Arbalester / Trickster (Rogue), and the Soul Breaker / Soul Hound (Mystic) – along with exclusive weapons for their classes.

This update also adds the ‘Dual Class’ system, where players can experience an additional character class with the same character growth. This includes the level and items that are inherited from the existing character. With this major update, players can receive three sets of Grade UR Equipment, the highest grade of its kind, by playing the main quests and participating in the in-game events. Players who previously pre-registered for the new update will also receive one +30 Enhance Scroll.

Other Features Added in this Update: