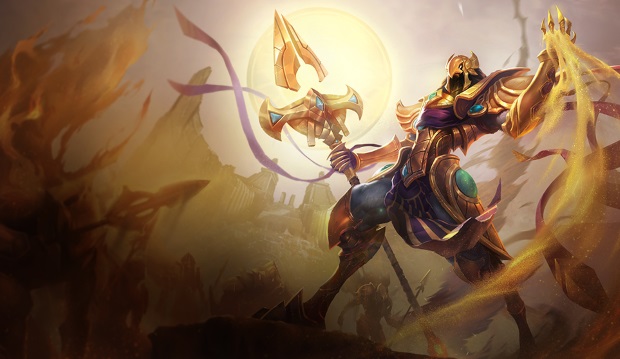 League of Legends has revealed its newest champion today: Azir, the Emperor of the Sands.

A “minion-mancer,” Azir summons Shuriman soldiers with an adapted minion kit that allows the mage to summon minions and control them actively. Soldiers offer a piercing attack, while Azir’s spells manipulate positions of his minions to keep him safe and enemies on the defensive.

Azir is designed to be best in fights where he can stay in one physical location and order his soldiers around, making him ideal for Baron and Dragon. Azir is also capable of establishing powerful jungle ambushes and lending his power to sieges and defenses.

You can read more about this new champion here.