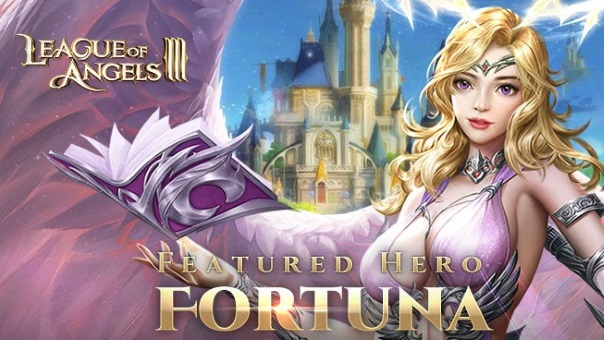 League of Angels III has some incredible rewards for their players as a way of saying thank you for the first anniversary. Starting on July 25th, there is a five-day carnival in-game where League of Angels III players will receive vast, rich rewards. This includes the rare set of Wings, Heaven’s Envoy. A new mount will also be available, the Holy Seahorse. This also coincides with a Mount-themed event, where players can obtain Mount Resources. In addition, there are also plenty of Relics, Wings, Companions, and Outfits coming to League of Angels III, and all of these activities will also enhance a player’s Battle Rating.

A new Mythic Hero also releases on July 29th – August 1st, Fortuna – the Angel of Fate. Known to be kind and warm, her healing and clairvoyance abilities are second to none. August will also kick off with some great anniversary celebrations, such as introducing the first Mythic Wings to the game, and an anniversary exclusive mount, outfits, and hero skins. An Anniversary Special Event Panel will also be launched: players can acquire rewards by accumulating multiple logins, with further bonuses also issued based on their achievements throughout the past year. It’s also important to note that from today until August 15th, there’s an Anniversary Exclusive Package, using the code “LOA3NEWBIE2019”, which can only be used once per player.