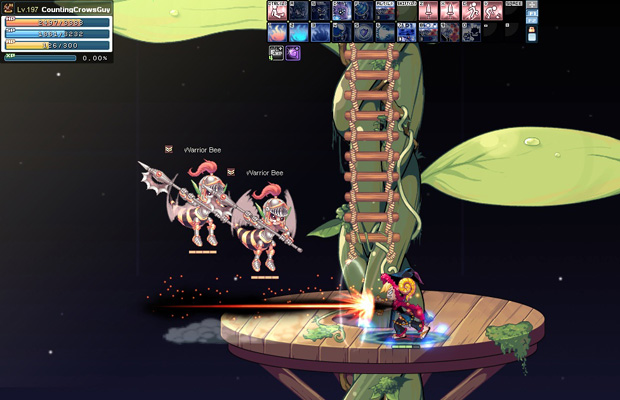 OGPlanet, a publisher of Free-to-Play, multiplayer, online games, reveals the long awaited Season 2: Storm update to La Tale, the longstanding fantasy MMORPG with massive customization and a reputation for the friendliest community on the F2P net. Fans of La Tale following its progress on Asian servers have been frantic with excitement over Storm’s Western release for quite some time. But for those unfamiliar with what all Storm brings, check the graphic below. 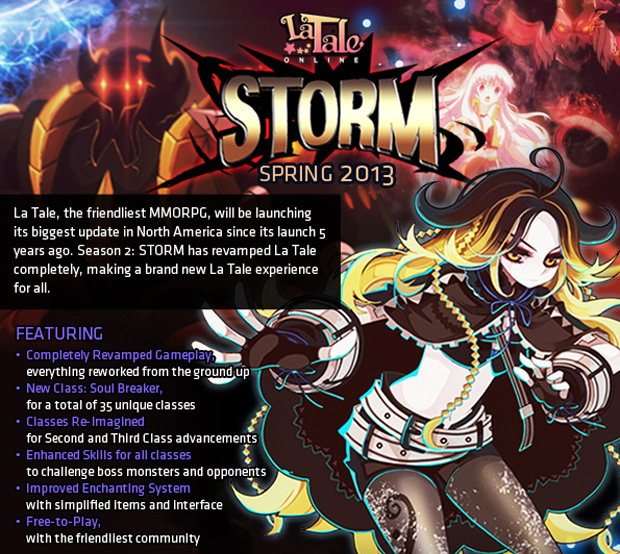 “We’re thrilled to be finally rolling out Storm for our North American players,” said Jason H. Lee, Executive Director of OGPlanet. “The La Tale community is incredibly enthusiastic and they bring so much to the online play experience. We’re very happy to have such a supportive group of players.”

Be sure to stay up-to-date on the progress of the patch at http://latale.ogplanet.com.