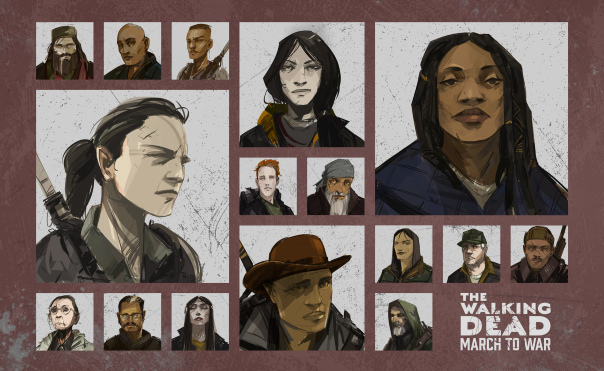 Survivors are non-player characters that serve as “troops” for your team. Each Survivor has a detailed history and personality, and are the primary way of interacting with the map and other players. Players will have to recruit survivors through an advanced system based on the techniques used by Aaron in Alexandria in The Walking Dead graphic novels.

Unlike common troops in other strategy games, Survivors will be highly customizable with a talent system and will come in four different class types. However, they are also vulnerable to being lost permanently, so players will have to be careful if they don’t want to lose a favored team member. More about the survivor system is detailed in an interview here.

Disruptor Beam has also recently launched a “Survive the Dead” contest. Fans are encouraged to sign up to the mailing list, which will also grant them a Captive Walker in-game at launch.