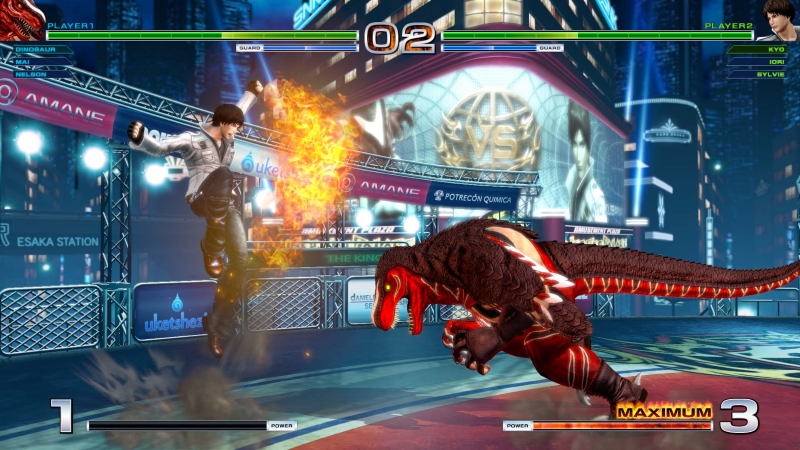 If you’ve been burning on the inside for some intense 3v3 fighting game action, your wait is about to get a little more bearable. That’s because THE KING OF FIGHTERS XIV demo will be available on the PlayStation Store worldwide on July 19 for the Americas/Europe and July 20 for Asia! Players will finally be able to slake their burning KOF thirst by test driving seven characters (Kyo Kusanagi, Mai Shiranui, Iori Yagami, Sylvie Paula Paula, King of Dinosaurs, Shun’ei, and Nelson) before the game launches. While the demo won’t have online functionality, local versus mode will be available. Oh, and the demo will also come with a free dynamic PS4 theme! With series first 3D graphics, updated gameplay such as a complete overhaul to Combos and MAX Mode, and more, the demo will show just how much SNK has evolved the nearly 22 year old franchise.

To get you more hyped, there are two new trailers: a new story trailer and a first look at Antonov, the self-proclaimed “One True King of Fighters.”