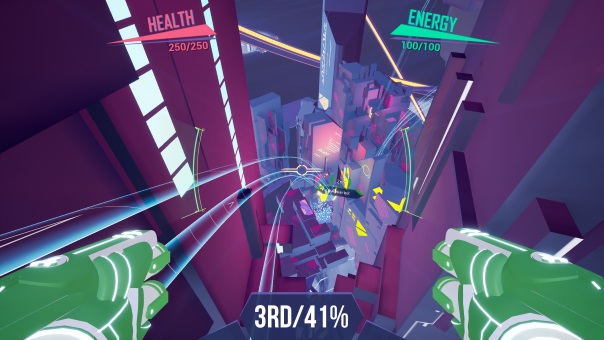 Singularity Lab and Fibrum Limited are proud to announce their new game, JetX has a release date of April 11th, 2019. JetX features sci-fi arcade racing, combined with arena shooter gameplay and unique flying mechanics. All of this is wrapped up in a PVP package. Extreme speed, dynamic combat, and epic arena battles are on the way. Though also a VR title, it has a regular PC release, and players can combat each other across the two playstyles.

By combining racing with PvP battles held in zero gravity, players are required to control all three dimensions in order to excel in JetX. While playing JetX, the combination of high-
speed racing and intense combat is sure to remind players of the glory days of arena shooters, where player skill reigned supreme.