Infographic: The Evolution of Warframe

Warframe is celebrating the holiday season by looking back at its evolution since the game’s launch on PC, PS4, and Xbox One.

It began as ‘Project Lotus’ in February 2012 and has since become one of the top Free-to-Play titles on PC, PS4 and Xbox One.

Over the past two years, Warframe has continued to expand, change and attract new audiences. New levels, gameplay, weapons, Warframes, tilesets, player ships, pets, bosses and so much more have brought exciting life to this ever-evolving game.
From one environment to 10, eight Warframes to 21 and eight Mission types to 17, Warframe hasn’t stopped growing – and there’s no end in sight!
Check out the game’s continuing evolution in the infographic below. 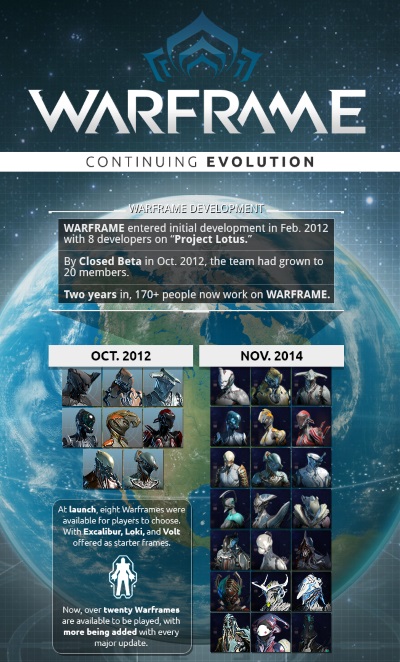