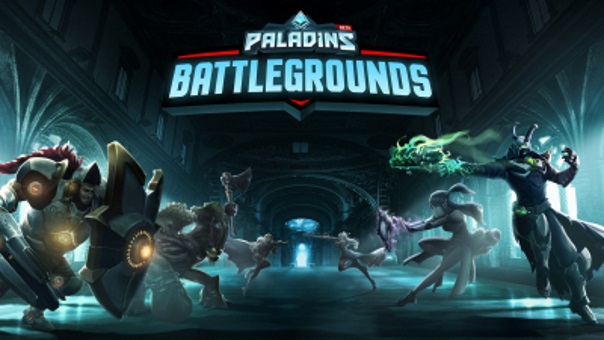 Today, we received some huge news concerning Paladins, from Hirez Studios. Executive Producer, Hirez Chris (formerly Executive Producer of SMITE) made an announcement with some sweeping, gigantic changes to the game as a whole, concerning Cards Unbound and also Battlegrounds. OB64, “Cards Unbound” is an incredibly divisive topic, and much of that was negative.  In this document, Hirez Chris said, “Looking solely at the metrics, the Cards Unbound system introduced in OB64 has actually been successful in increasing our overall player engagement and new user conversion, while at the same time helping increase our revenue per player. However, we are not blind (although some of the recent MSPaint troll posts on the Paladins Reddit have perhaps made us wish we were – lol).” So on paper, it was successful, but it left many players with some very hurt feelings. Hirez has heard these complaints, and over the next major release cycle will be removing Cards Unbound from the game entirely. A new system will be put in place that will re-introduce the deck building point system and a method for obtaining cards that promises to be considerably less grindy.

“We want the focal point of the card system in Paladins to be about fun ways to customize your champion to your favored playstyle.  We also want to unify the COMPETITIVE and CASUAL experiences with the card system so that we use the same system for both (no more separation of bound vs unbound)” HirezChris continued in this document. He outlined some of the ideas for this new system, and this is subject to change, but this is the present line of thought:

The hope is that it will be on PTS in the coming week, and it has never been more important for the Paladins player base to hop on the PTS, give it a whirl and give honest feedback. I am excited to see new “Talents” come to characters as the game progresses, to change how I view a character that I’ve been playing for a year or two. To be honest, it can get a little boring to play the same champ the same way all the time. This way, the game should evolve and grow, as will the meta. It’s important to note that this game is still very much in the beta testing phase. It’s got a ways to go yet before it’s a live product, and only by offering data and feedback, can it become what you, the player want.

Paladins: Battlegrounds is such an interesting beast to me. As someone who does not play Battle Royale games, because I find them boring and shallow (plus I’m bad at them, very bad), merging a Hero Shooter (which I’m decent at) makes for a whole new experience. A ton of people were playing and a great deal of data surely has been gathered. However, some large changes are coming, and the mode will be removed from the client as of tomorrow.  It’s going to return, and it will be in its own client, under a different name. It will be its own game. It is my sincere hope that it will still contain the Paladins characters/hero shooter qualities, as that’s what made it interesting to me. The most important reason I can see for it getting its own client is if you balance champions around the Battlegrounds mode, it could completely ruin the balance of the regular game modes, and that would surely throw the player base into a tizzy. Here are the bullet points that HirezChris offered, concerning this:

Paladins has been one of my favorite free-to-play games for a long time now. It explores the Hero Shooter in a tactical direction that I thoroughly enjoy and creating content for it is a lot of fun. There are several goals in place for 2018, and if Hirez Chris’ track record is any indication, a lot of exciting changes are sure to be made over the course of 2018. Tomorrow at 1pm (EST), there will be a Dev Insight show on the Paladins’ Twitch, that will likely go into this in more detail. For those that wish to read this document, a link is provided below.