News >
Editorial Articles >
Heroes of the Storm Tracer in Review

Heroes of the Storm Tracer in Review 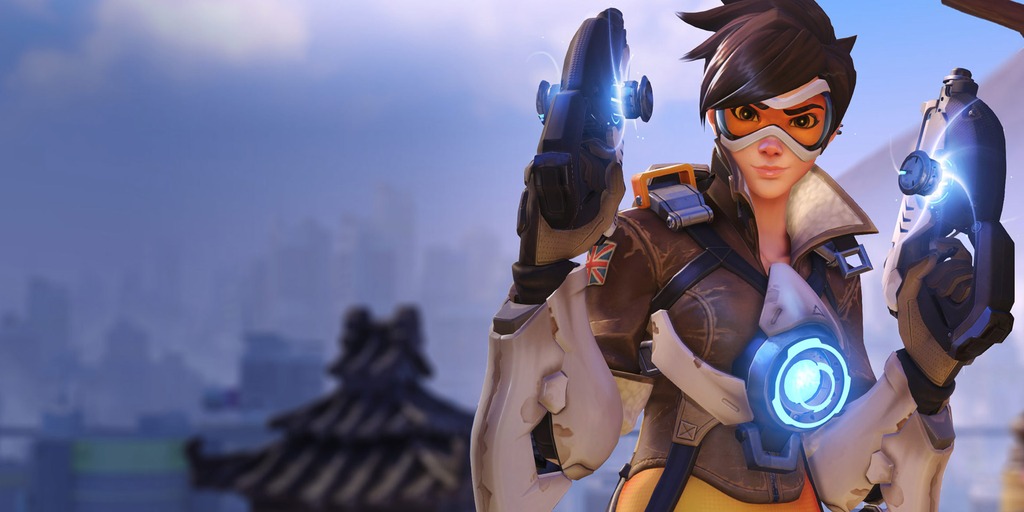 For those familiar with Heroes of the Storm, you will know that the heroes in this game come from the Blizzard universe which includes Warcraft, Starcraft, and Diablo. Since the launch of this game, we have seen a good mix of heroes from each. However, recently a new title has joined the Blizzard universe: Overwatch. This first person shooter introduces a brand new IP from the developer after years of just having the previously mentioned three. One would expect Heroes of the Storm to also introduce heroes from the Overwatch world. That expectation has been fulfilled with the release of Tracer, the Agent of Overwatch.

Lena Oxton, or Tracer, is a member of the ‘Overwatch’ task force. This international task force was formed by the United Nations to protect humanity and end the ‘Omnic Crisis’. She is a ranged assassin with the ability to alter her own time at will. Being able to bend space and time, Tracer is a very mobile and slippery hero to play against. Tracer was initially only available to those who had preordered Overwatch but went on sale for all beginning April 26th.

In order to keep her playstyle from Overwatch, Tracer’s passive ability, Reload, allows her to attack while moving. Instead of using a mana system, she has ammo which must be reloaded either automatically or manually. This simple passive ability helps to introduce heroes from first person shooters seamlessly into a MOBA game. Although there are some more realistic shooters such as Counter Strike where it is better to stand still when shooting, most shooters these days emphasize on strafing while shooting. With Reload, this behavior can be replicated in Heroes of the Storm.

If this passive ability was already not enough to emphasize Tracer’s mobile play style, the remainder of her arsenal helps to plant this idea into your mind. Blink, her first ability with three charges, causes Tracer to dash towards the targeted area. This ability allows Tracer to get in and out of the action and can be used to either close or expand the distance between yourself and the enemy. While Blink is a great ability by itself, Recall can be used to return to the position Tracer was 3 seconds ago. This ability also refills your ammo and removes all negative status effects. Being able to use Blink and Recall effectively separates the good Tracers from the bad.

You can’t get away from Tracer so easily

Like in Overwatch, Tracer has access to her heroic from level 1. This heroic does not have a cooldown but must be charged up either by dealing damage to enemies with basic attacks or Melee. Melee is another ability available to Tracer and deals heavy damage to a nearby enemy. Depending on if the enemy hit by Melee is a minion or hero, Pulse Bomb (her heroic ability) will charge by either 5% or 10%. It is very important to stay on top of using Melee when possible to have Pulse Bomb available more often. Once Pulse Bomb has been fully charged, it can be thrown and optionally stuck to an enemy dealing damage to enemies in an area. Due to Pulse Bomb being available from level 1, rather than choosing a heroic ability at level 10, players can select between various talents changing the utility of Pulse Bomb.

Looking at Tracer’s arsenal, it is clear that she is a very mobile and annoying hero to play against. You can easily blink into the midst of enemies, deal damage with basic attacks and Melee, and jump back out using Recall within 3 seconds. Recalls cooldown is as low as 20 seconds with talents (24 without) meaning that every 20 seconds Tracer possess a free poking opportunity. If you are playing against a Tracer, it is important to keep track of her Recall cooldown or stun lock her for more than three seconds. She is a very squishy hero and can be burst down within seconds if caught without Recall or Blink.

She may be a difficult hero to play at first, but after getting used to always being on your toes, Tracer can dish out a lot of damage without being noticed. It is important to be wary of heroes with long ranged or long duration stuns; if you cannot use your abilities, you are most likely dead. I was able to easily pickup and play Tracer so I was not sure if she really should be rated as a ‘Very Hard’ hero. However, my friend pointed out that this may only be because I have been playing this genre for a long time. She reminded me a lot of Weaver from DOTA and I was able to play her with the same style. For newer players who are not used to always being on the move, I can see her being shut down due to her limited health pool and defense.

In the end, I feel that Tracer is too strong. She can dish out a lot of damage, easily topping the DPS charts, and get out without any trouble. If you thought Zeratul’s Worm Hole was annoying to play against… well… prepare yourself for another super tier level of annoying. Every game I have played in with a Tracer, there has always been a comment (that’s the nice way of putting it…) on her annoyance and power. I am unsure how Blizzard can balance her without completely breaking her playstyle. If the cooldowns of Blink and Recall are increased too much, her mobility will fall greatly and she will be useless in fights due to her small health pool. If her damage is nerfed too much, then she will just be jumping in and out like a harmless fruit fly. However, if a good balance between damage, survivability, and mobility is found, Tracer can turn out to be a great hero.

With Recall up, it’s very hard to get caught in a bad spot

Conclusion: Excited to see what else Overwatch brings us