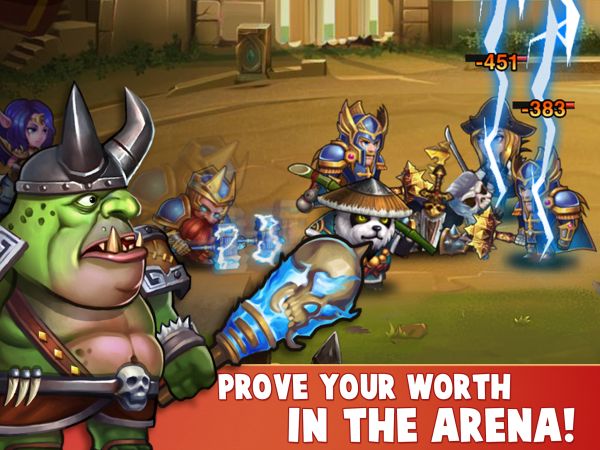 An RPG multiplayer online battle arena (MOBA) hybrid, Heroes Charge lets players collect and train over 50 unique heroes, in an ever-expanding roster, while battling through the game’s universe. As players progress through the challenging campaign, they are able to customize their experience by collecting hero equipment sets, enchanting weapons and armor and enhancing their party’s abilities. The game’s numerous modes include Arena, Campaign, Trials, Crusade and Guild Campaign.

Heroes, which include male and female humans, mythical creatures and animals, are distinctively presented with artistic card renders showing their appearances and motifs. The game’s focus is three-tier semi-automated battle sequences in which the hero party takes on enemies. Each hero features a custom theme with unique powers to battle enemies in which players can engage for hours in solo, PvP or guild battles.

“Utilizing knowledge and experience from our past free-to-play online titles, uCool offers Heroes Charge as a rich and addictive game featuring a wide variety of activity for a myriad of players in their preferred play styles,” said Jim Ngui, producer of Heroes Charge at uCool. “ The vast environments, colorful visuals and entertaining gameplay of Heroes Charge can be enjoyed for hours for free – creating a full RPG MOBA experience on mobile devices.”

Developed and published by uCool, Heroes Charge is available for free (with optional in-app purchases) on iOS and Android devices. To download the game, visit: