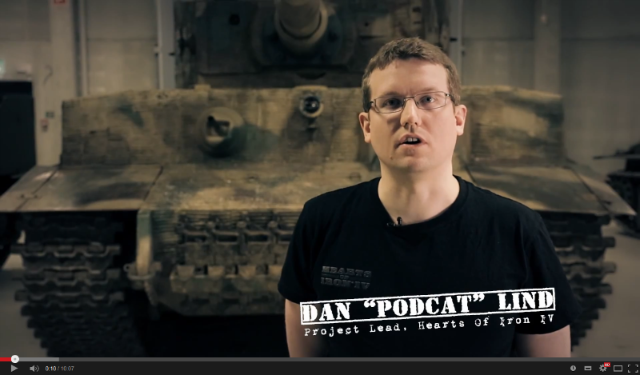 Paradox Interactive and Paradox Development Studio today released a new developer diary video for Hearts of Iron IV, the upcoming World War II strategy game for Windows, Mac, and Linux PCs. The video features a visit to the “Arsenalen” museum of military vehicles in Sweden, where Hearts of Iron IV’s Project Lead, Dan Lind, invites eager commanders to join him on a tour of how different tanks were used to turn the tide of war – and how different nations pursued tactics of quality vs. quantity.

This tour is connected to new game discussion and in-game footage as details about industry, war experience and vehicle production are revealed.

The new video is available to watch now:

For those who wish to see more in-game footage of Hearts of Iron IV, tune into our live broadcast today at 15.00 CET (9am EST) on the official Paradox Interactive Twitch TV channel: www.twitch.tv/paradoxinteractive.