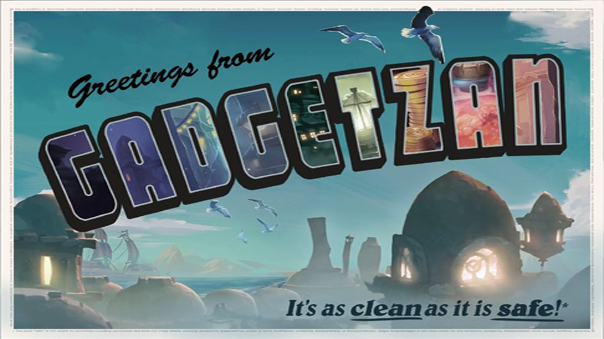 Hearthstone’s latest and greatest card expansion, the Mean Streets of Gadgetzan, is here at last! After so many painful months of the nigh unstoppable Shaman, new challengers rise from the ashes.

The first primary archetype is the add +x/+x to minions in your hand. The deck that runs these cards will largely be minion based, zoo-like almost, in their approach to the match. However, instead of swarming early with lots of disposable minions, Buff-in-Hand (BiH) wants to draw the game out and plop down hugely statted cards over time. Should you be able to make it to the mid/late game with a solidly empowered hand, simply beating your opponent over the head with big numbers will be enough to win almost any game. Albeit be wary, early aggro can certainly overwhelm before you can get the snowballing rolling.

Just like BiH, Jade Golem decks seek to elongate the game for bigger and bigger creatures. However, this is not achieved by buffing cards directly, instead, Jade Golems become more powerful for each successful summon. In other words, the first instance is a 1/1, the second is 2/2, the third is 3/3, and so on and so on. While exceptionally slow in the first few turns, Jade Golems can quickly become overwhelming in the late game. Similar to BiH, early aggressive play from the opponent can lead to a quick loss.

And finally the Tri-Cards, a slight variation on the standard neutral cards. Instead of every class being able to pick from any of the neutral pile, now specially denoted cards can be picked from three of nine of the classes. For example, Kabal can only be chosen for Priest, Mage, and Warlock. If you’ve played Magic the Gathering, such a distinction is not unfamiliar.

After the release of such a relatively fresh, interesting, and powerful set, many new decks are sure to be made. While there are still months to solidly come up with the very best, the following are examples of what to expect. Notably I did not include Reno since the variation from what’s already being played is the difference between a card or two (Kazakus).

Hunter Variation: Much faster, but more prone burn-out in the late game while still being susceptible to hyper-aggro.

A new and exciting turn for the dastardly profession. With the addition of deathrattle cards like Jade Swarmer (deathrattle: summon a Jade Golem) and the inherent spell synergy of Jade Shuriken (deal two damage, combo: summon a Jade Golem), the previously sub-optimal Rogue class can now keep up with the meta decks. Although they’ll fall behind early, the huge tempo swings of Sap, Eviscerate, Backstab, and similar moves will help reach the Jade Golem end game.

Druid Variation: Druid has pretty much always been an exceptionally solid class, although there are doubts as to whether the Jade Golems will propel the class back to the very top.

Remember Priest? Well, they’re back and better than ever because of 3 key cards: Kabal Talonpriest (give a minion +3 HP), Drakonid Operative (discover a card from your opponent’s deck), and Dragonfire Potion (deal 5 damage to all non-dragon minions). Each individual card could almost carry the class into the fringes of the meta, but with all 3 slotted into an already solid deck, well, who’s laughing now?

And finally the decklist that is going to cause a lot of pain. Effectively, this set brought 2 fantastic, albeit slow, deck archetypes (BiH & Jade Golem) into the meta; Pirate Warrior is here to keep it in check. With weapons and weapon upgrades aplenty in addition to the ever reliable turn 1 Patches (charge: summon this minion from your deck), games featuring this class are sure to end in 6 turns, for, or against them. This class I feel has invented a new archetype: hyper-aggro. By only the very first turn of the game, Pirate Warrior can reliably have a 1/3 weapon and two separate 1/1s, one of which, Patches, has charge. Going further, the next couple of turns keep the pressure on with Upgrades, Fiery War Axes, an assortment of pirates, and charge minions.

Pirate Rogue Variation: Still quite good, however, Warrior just does it better.


Hearthstone Is Interesting Again! At Least For a While

Arguably one of the biggest meta upheavals ever released in Hearthstone, the Mean Streets of Gadgetzan, if praised for anything, will be for bringing some variety back into standard play.