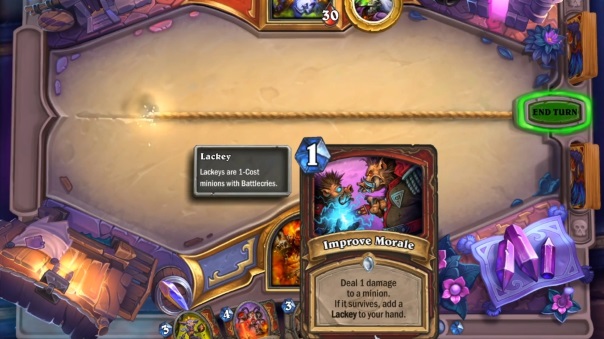 In a recent livestream, Hearthstone began revealing cards that are on the way in the next expansion for the card game – Rise of Shadows. Twelve new cards were revealed, which can be seen in the embedded stream below. This includes two Legendary villains – Blastmaster Boom and Heistbaron Togwaggle, as well as the Legendary Defender of Dalaran, Khadgar.  We have the information for those three cards below. A schedule was also revealed in the link below for when more card reveals can be seen.