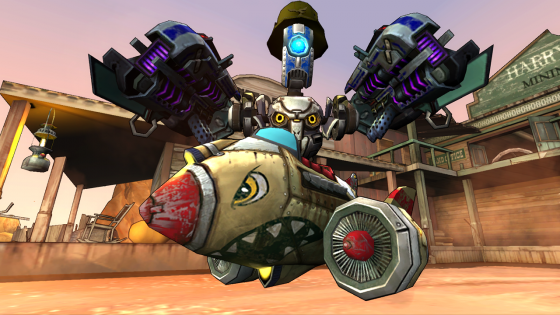 New Arena in Guns and Robots welcomes all robot-fighting fans to the ruins of Pompeii. In Pompeii players will have to fight against each other in the heart of the city- the fire-breathing Coliseum of Pompeii.

The map offers completely new setting , inspired by the Roman architecture and gives a thrill to fight right beneath the erupting volcano Vesuvius. With complicated system of tunnels for players to escape, the map gives significant open battle space for them to use special tactical devices and immerse themselves in the ancient atmosphere.