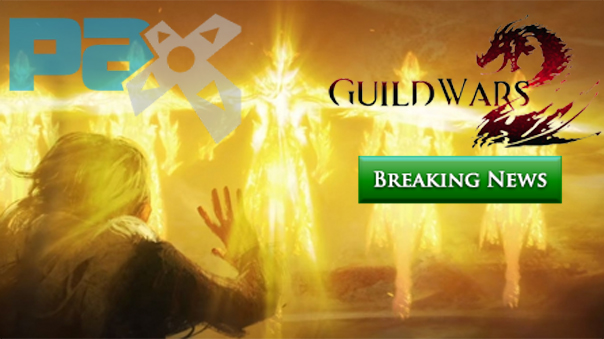 Disclaimer: Totality of lush vegetation exists but is only viewable for a single panoramic shot featured on advertising postcard. Unforeseen but expected deaths in no way void contract or payment plan requirements. Gatherings of over six, particularly in the fashion known as parties, are strictly denied under White Mantle accord. The defeat of previous 2 elder dragons does in no way guarantee prevention of elder dragons interrupting vacation plans. All sales final. Your remains will be cremated and returned to your nearest relatives at owner’s expense.

Ember Bay, it can't possibly be as bad as it sounds - is the best marketing pitch the tourist board could come up with.

OK now that the promo is out of the way, it’s time to talk details of the next major edition heading to Guild Wars 2’s living story. Yes, the infamous final destination of the original story arch of Guild Wars is making its way back into the spotlight as adventurers must once again travel to the lava strewn wastelands of the Ring of Fire Islands. Jade Armors, CC, lava, CC, crushing curses, and more CC no doubt await you here as, if it doesn’t feel like punishment to survive here, it truly isn’t a correct reimagining of the Ring of Fire Islands.

But in standard Guild Wars 2 fashion, there’s two main features you can expect that the original location lacked. Massive explorable areas. Plus Living Worlds. There is far more activity awaiting players here, and thankfully you will have some of the most fun ways to get around the islands quickly to see it all thanks to some explosive fiery jump points for quick dashes across rough terrain as well as an Aura Borealis superhighway that allows you to fly around the island like you’re riding a tourist’s monorail!

And believe me you’ll be glad to have these options, as every step of the journey otherwise is a living hell. Tremor-esque lava warms, Mursaat ruins filled with Jade Armors (Shudders at the thought of Spectral Agony), and various other creatures like Destroyers from previous adventures that have been corrupted by the recent fall of elder dragons are all waiting in ambush for any adventurer’s ballsy enough to think they can map this region out. 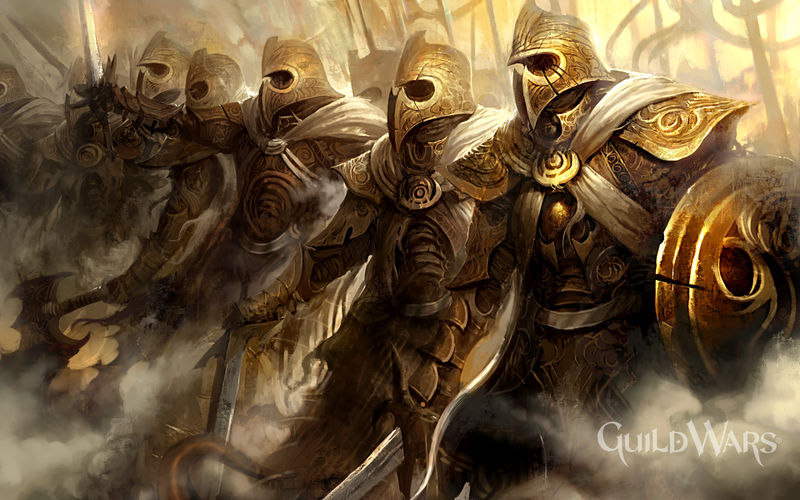 The White Mantel, taking advantage of your success to bring you misfortune since 2005.

Speaking of which, that’s kind of the point of where the story is going. This is a strange strange time in the history of Tyria. Elder Dragons, creatures of immeasurable power that have held the races of the world in fear for countless millennia, are now falling to their united power. But with the loss of two juggernaut magical nexuses, the world’s mana stream is spiraling out of control. Rampant power is just out there for the taking, as monsters have begun to absorb it and acquire new strength and abilities as a result. Groups like the White Mantle and others are capitalizing on this source of power to expedite their plans. Oh and… would you really be surprised if a third elder dragon rises to the occasion? I’d go place bets on that if a third dragon amidst this chaos didn’t completely ensure the end of times.

But despite all that going on in the background, for now things are good. Real good. It’s time for festivals and celebration. The Races of Tyria have never won victories against nature on this scale before. So whether you’re a new player, or that guy that has to be the first to discover the secrets of every major update, you can expect goodies abound. Loot ahoy. Plenty of those crazy whacky fun events incoming that ArenaNet has always embraced as part of their culture. Because, as the devs put so well in our PAX meeting room, if every update is always doom, gloom, and the prospects of the end of the world, playing their game would get depressing!

So strap on your party hat and get ready to collect new carnival weapon sets. More details coming later this month! 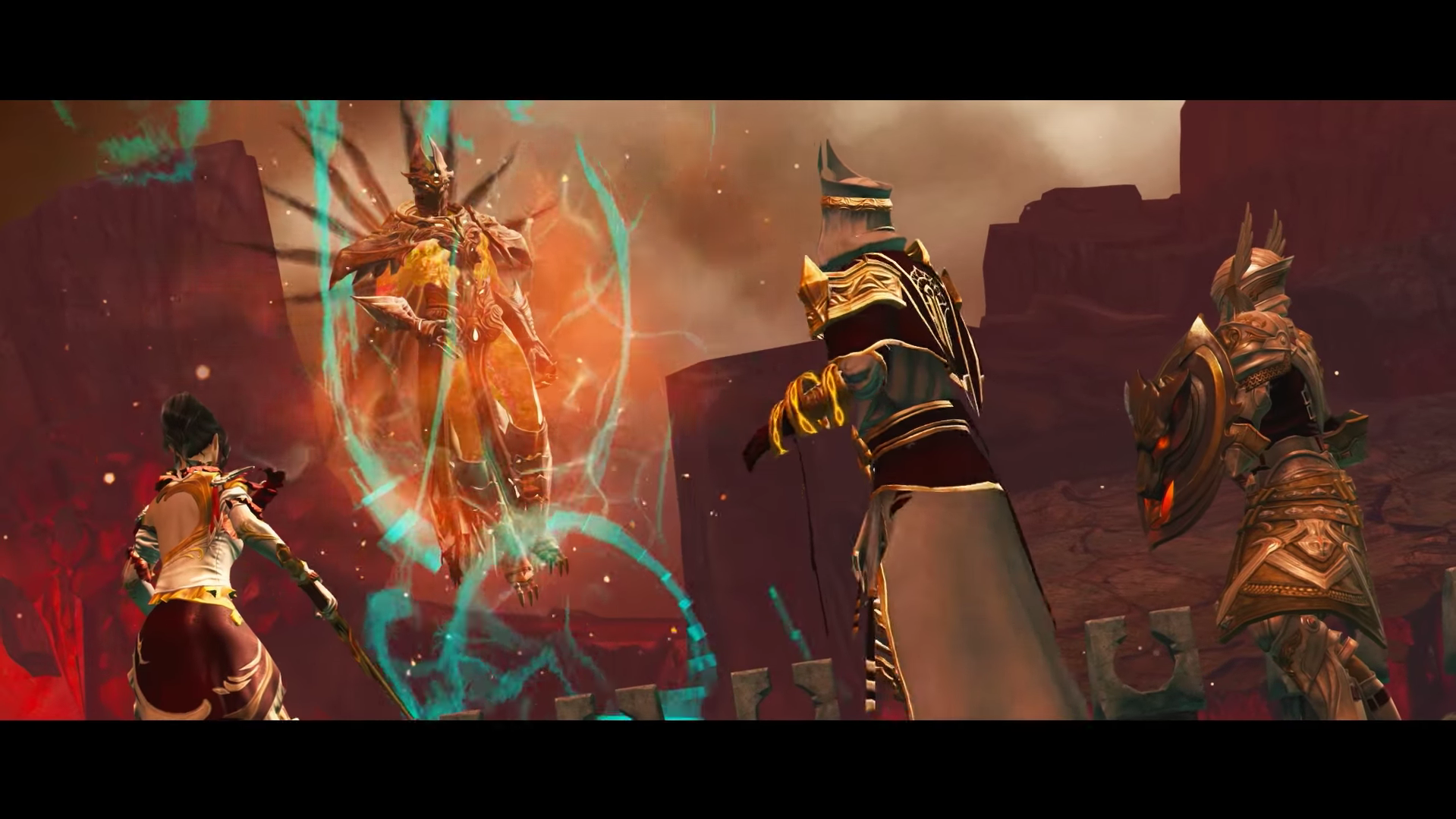 Want a preview of what kind of content you can expect at Ember Bay? Well we’ve got a double feature we were privy to during the show! First up is the tale of the mentally ill Pirate Skritt boss and his lost mega sloth!

See a skritt pirate has to do what a skritt pirate has to do, and that is make doubloons. If that involves a scheme to kidnap a baby mega sloth and sail it across a vast ocean to sell it into the circus, than be damned that is going to be the plan. Unfortunately the problem with said plan is that mega sloths get to be a bit on the mega side. They’re also not keen to long voyages with rat pirates running around. So it should be no surprise when you find the quite disgruntled skritt boss yammering about in Ember Bay with a half wrecked ship and half missing crew. Should you wish to help them and reap the rewards of the favor of a half mad pirate skritt, you will be needing to scavenge across the island saving skritt left and right from mega destroyers packing a few new tricks courtesy of the fallen vegetation elder dragon Mordremoth. 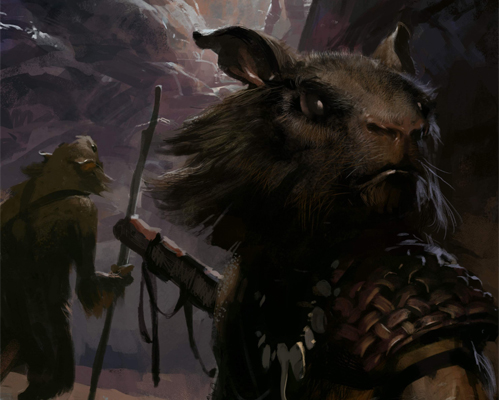 Exhibit A: A calm composed Skritt not currently fighting for survival in Ember Bay. You will find none of these in this update.

While there is no greater feeling than pulling a helpless skritt out of a burning pool of lava like some hairy damsel in distress, the real challenge here lies in dealing with the mega sloth itself. This won’t be your typical boss showdown as the devs claim you actually need to feed and calm the sloth down to get it under control and back in the paws of the rabble rousing pirate crew.

Another major preview offered at PAX was the battle with the boss lava wurm, Caldera. Now you mix lava, caverns, and boss battles together by themselves and you usually have the recipe for a solid MMORPG throwdown. But that’s too vanilla for the kinks developing Guild Wars 2, so expect some robotic golems to get thrown in for fun. Players will have to not only keep the lava wurm in check, but run around the haphazard lava caverns to protect generators from being sieged, bring power ups to give your massive golem the strength it needs to strangle that wurm, all the while avoiding the environmental tricks of the boss such as a powerful pull to bring you straight down into its deadly personal lava pool. Oh it sounds like the ceiling can collapse on you as well, so expect nothing but fun times ahead! 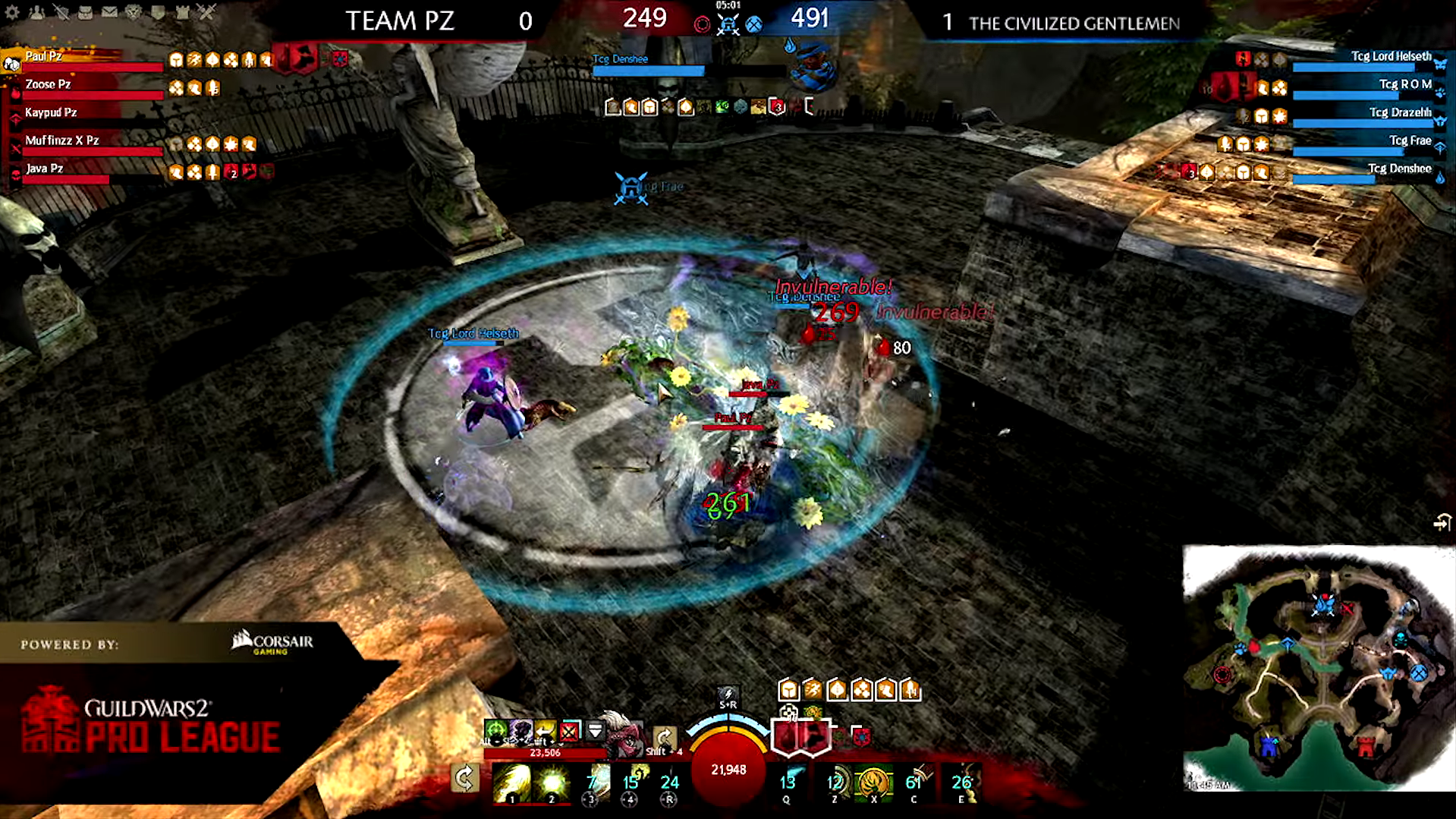 The PvP update that's incoming is the real star of the show.

No Vacation is Complete without a PvP Arena

Think you’ve done it all? Does a fire elder dragon and Mursaat wombo combo not even phase you anymore? Than join your fellow adventure seekers in the Eternal Coliseum for a newly revealed conquest style 5v5 arena battle.

Modeled after the Roman coliseum but with a lot more ramps and towers to battle it out on at varying elevations, the Eternal Coliseum has plenty of hard to reach capture points with large enough open spaces abound for some great split team combat scenarios. Plus to spice things up, ArenaNet is throwing a secondary objective at you every three minutes to gain significant power bonuses for the team to complete them first. The two power-ups on display at the show included the Sword of Reaping, a 90s boon offering a 20% damage boost as well as a grim reaper summon upon downing opponents that kills off their second wind nonsense for free! On the defense spectrum players can acquire Shield of Life, a 5,000 HP boost that bolsters your toughness and even provides instant resurrection!

While the map is gigantic (perhaps to the point I felt things were a bit too spread out for 5v5 but the devs disagree), beautifully rendered, and tactical in every aspect of its design, the part the PvP team is truly proud of is the work they’ve done on the arena crowd. Let’s keep this concise and to the point. If you’re a cool guy, they will cheer for you. If you’re a super cool guy, they will cheer for you like hometown drunks in a stomp out local team football team win. But here’s the kicker… that’s only the fans on your side of the arena. If you’re battling in enemy territory and kicking their team’s ass, you will be greeted by jeers and boos instead, growing in intensity the worse your work the enemy team over. It’s all positional based and a great way to keep the adrenaline flowing while adding real immersion to this map. Also fun side note: the boos and cheers you hear are the actual ArenaNet team at a company meeting.

As you would expect, this map will be entering the queue line-up as an unranked only option to test how things go in public hands. But on a happy note for players that enjoyed the Revenge of the Capricorn battleground, it is undergoing some tweaks to return as an official ranked play mode!

Things won't stay quiet in Tyria for much longer.

While we sadly don’t have much to show you at the moment from the preview, you won’t have to wait long. Keep an eye on the Guild Wars 2 youtube page sometime on September 13th for a big glimpse of all this and more. Our writers will be jumping into the test server shortly after to bring you more detailed coverage of things to come. And most importantly, be sure to tune in on September 17th for the Guild Wars 2 2016 Grand Finals for the huge public reveal of the Eternal Coliseum, where rumor has it some of the best players in the world may be duking it out on this new stage!