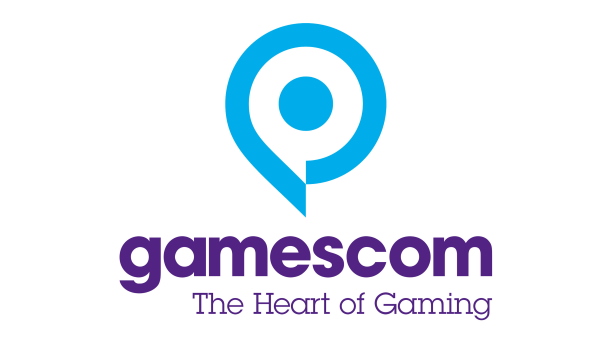 Now that Gamescom is slowing down, I’ve taken some time to really consider what appealed to me the most, and why. Despite seeing well over a hundred announcements over the course of the week, not a lot genuinely blew me away. Unfortunately, few of the announcements were for MMOs, but there’s still PAX, TGS, and other shows to come this year. Gamescom 2019 did have something for everyone, and we at MMOHuts are all very excited to see more content coming our way. Of course, we don’t always agree on what the best announcements were, so I figured I’d just list mine here. There are, of course, honorable mentions, because there are simply so many damn good games coming out. I wanted to mention One Pirate Musou 4 because I’ve really walked back how I feel about the anime. The Musou games are also terrific. On the topic of anime, the One Punch Man game, One Punch Man: A Hero Nobody Knows is going to be incredible, I can feel it in my bones. These are just a few of the games I’m excited about. But what about you? What are you excited about? We’d love to know in the comments below! If you want to see everything we’ve covered, Jaime has you in the link below.

ArcheAge: Unchained (MMORPG): I’ve met several Trion Worlds employees over the years with MMOHuts and I genuinely enjoyed my interactions with them. That having been said, ArcheAge‘s monetization system is not one I’ve lauded for being fair for all players. When ArcheAge shifted to gamigo, I wanted to see what would happen: Would they just keep things as they are, or make some changes for the better. Enter ArcheAge: Unchained. I still have some questions, but overall, I like this idea. One real-money purchase to acquire all content for ArcheAge and, according to gamigo, the pay-to-win portions of the game are removed. All of those things can be earned in-game, as it should be. It’s a good idea though! I like the concept of ArcheAge, and I want to like the game. I hope this is the shot in the arm it needed. Perhaps we should reach out, and have a chat. Article Link: ArcheAge Unchained

Yakuza Remastered Collection (Action RPG/Sandbox): Did you really think SEGA would make a huge Yakuza announcement, and I wouldn’t talk about it? Be reasonable! I am wounded I didn’t find out early, but I’m just elated. Yakuza 3, 4, and 5 Remaster will be collectively known as the Yakuza Remaster Collection, and for the price of a regular game (60 dollars), you receive all three remasters. Right now, only Yakuza 3 is available, but 4 and 5 will unlock when it is their time. This is a ton of content in one location, and now the entirety of the main Yakuza story can be played on one platform: Playstation 4. No more digging out a PS3 to play Yakuza! It looks very good so far (I’ve already started a Yakuza 3 file), and I’m glad the censored content was all put back in. Except for one side mission. There was a very transphobic side-mission that was cut from the game, and kudos to them for seeing (at least in hindsight) how bad this is, and chose to eliminate it. Do you want more Yakuza? Well, wait no longer, friends! Now, all we can do is hope this edition hits PC as well. Article Link: Yakuza Remastered Collection

Orcs Must Die 3 (Orc-Killing Simulator): I haven’t thought about Orcs Must Die! Unchained in a great deal of time. It was a  lot of fun and had a great deal of promise. A shame that it had to close down. The problem came down to keeping a playerbase/monetization, but the monetization itself wasn’t all that bad. Perhaps it simply needed better advertisement. It had all the stuff people like Orcs, Orcs being killed, heroes, awesome traps. But what really drew me to the franchise were the first games: Orcs Must Die and Orcs Must Die 2. It looks like Orcs Must Die 3 will be a return to form, but with some of the technology from Unchained. Multiplayer Orcs Must Die is a blast when playing with friends, and I have a very good feeling about this upcoming OMD title. I can’t wait to hear more about it as the months go on. Article Link: Orcs Must Die 3

Destiny 2 (MMO/FPS): I really, honestly, genuinely want to like Destiny 2 again. Please don’t muck it up. I love sci-fi shooting, and I loved the RPG mechanics that went together with the genre in Destiny 2. The lootboxes in a premium-priced game, along with the rubbish expansion/season pass system made me want to vomit blood. But we’re going to get cross-save, a free-to-play experience, where I imagine we will purchase expansions. I’m not totally opposed to purchasing expansions, as long as the game doesn’t continue to try and bilk players out of more money in nonsense ways. Instead, let people like the game, and don’t pull an Activision. I want to believe. At Gamescom 2019, Bungie discussed new content that’s coming to the game in the Shadowkeep expansion, and while it all sounds great, I just worry that the monetization will still feel wretched. But I hope not. I’m going to remain hopeful but also exercise a little caution. Article Link: Destiny 2

Dragon Ball Z: Kakarot: This is another “no brainer” for me. I’ll play through the Dragon Ball story as many times as it’s released, and feel zero shame about it. However, this particular title looks like it’s going to take the gameplay in a new direction while being true to the DBZ canon. Plus, there’s a new canon character being introduced, a former sixth member of the Ginyu force. She feels like a sassy, no-nonsense character, so I want to know what happened to make her fall out with the Force. It’s also been confirmed it will include the “Cell Arc”, which is my personal favorite part of the anime. Dragon Ball Z: Kakarot looks like it’s going to take the classic DBZ story/gameplay in a brand new direction. I cannot possibly stop myself from being excited about this game. Article Link: Dragon Ball Z: Kakarot