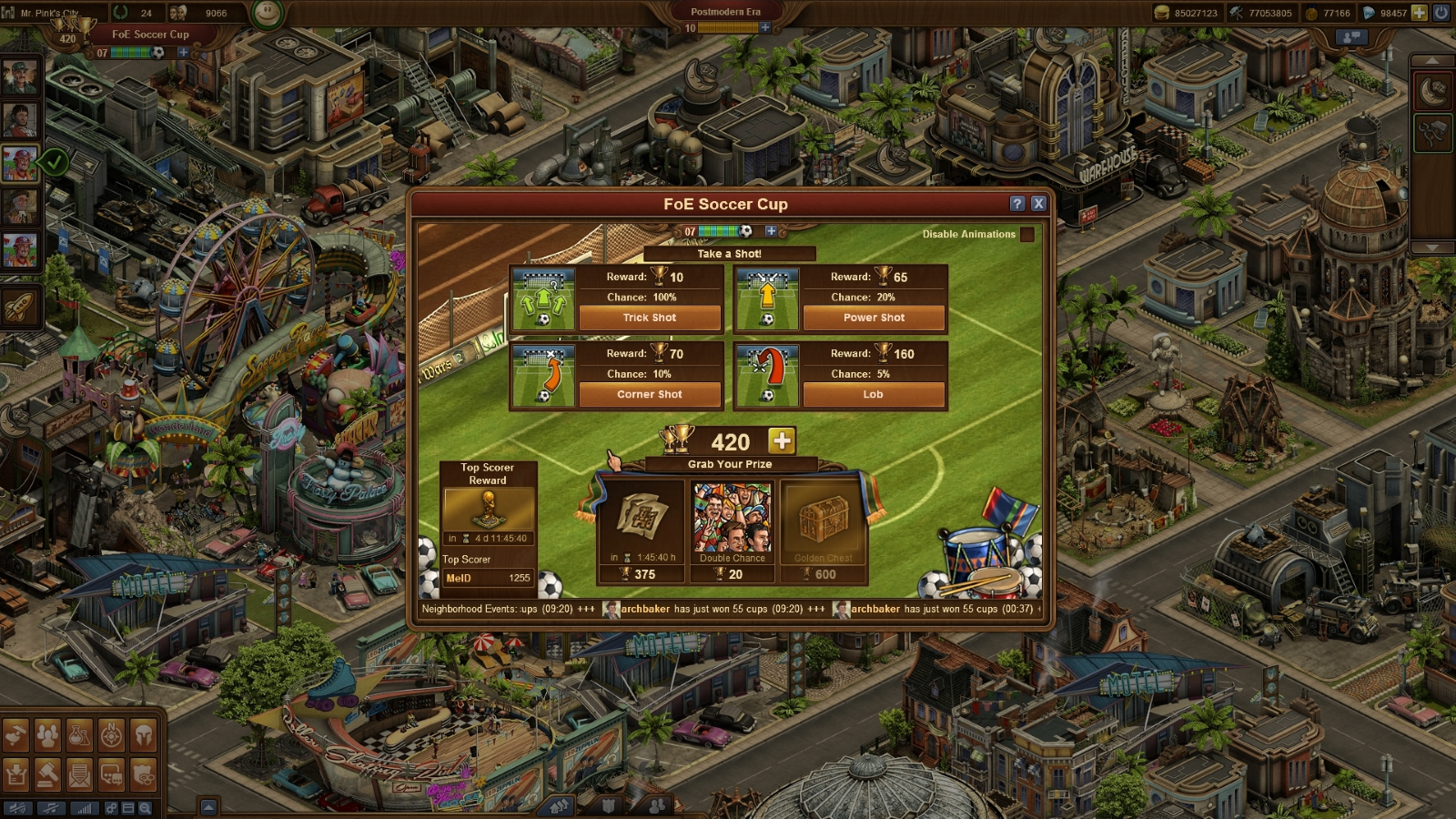 Today InnoGames launched an in-game event to celebrate this year’s Euro Cup – the Forge of Empires Soccer Cup. In the event, players shoot penalties and compete with their neighbors in order to receive bonuses or new, exclusive buildings.

During the Soccer Cup, players will receive new shots hourly or for solving quests. These shots are used in a mini-game that is shared among the neighborhood to earn “cups”. Players choose between four types of penalties, which vary in difficulty and chances of winning. Depending on the chosen difficulty, players will be rewarded with a various number of “cups”. The more neighbors fail at a specific shot, the more cups the player who finally succeeds will receive. Earned cups can be traded for exclusive buildings, bonuses or items. The rotating rewards will change every six hours, so players can get up to 4 different rewards per day and even more if they open the chest. In addition, every week, the player with the highest neighborhood score becomes the top scorer and wins a special prize.