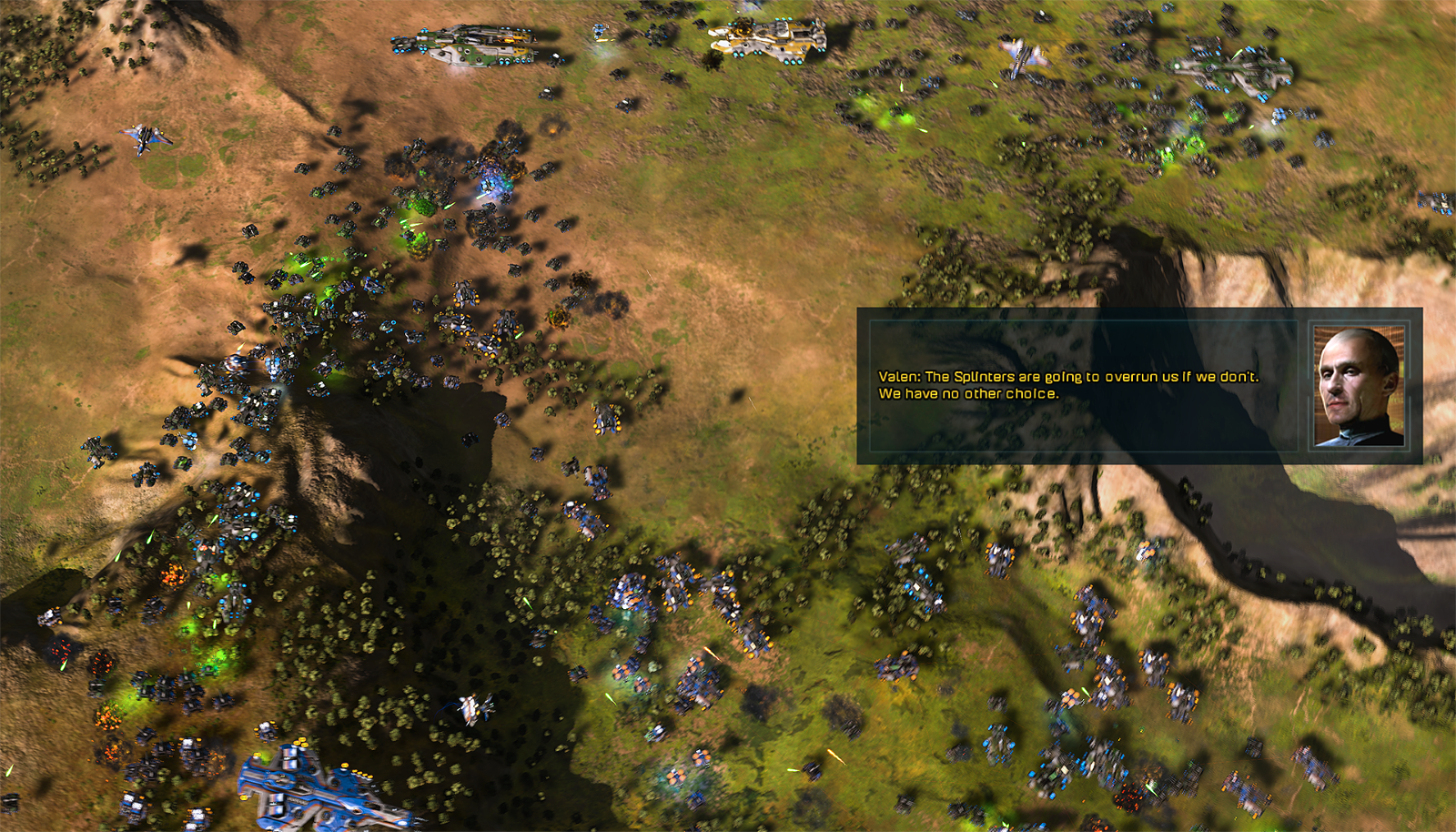 Stardock and Oxide Games released v1.2 of Ashes of the Singularity today. The update is adding the newly enhanced campaign which is complete with full voiceover for all dialogue, new missions, and new cutscenes. In addition to the campaign, v1.2 has the new “Substrate Eradicator” and “PHC Athena” units, single-player Hall of Fame, Global Chat channel, substantial UI and AI improvements, and more.

“Players will experience a lot more immersion with our campaign improvements,” said CEO and President of Stardock, Brad Wardell. “We brought in voice actors to record dialogue in both English and German, plus we’ve added new missions and some excellent cutscenes, with plans to do more in the future as well.”

Each side has a new unit added to their roster in v1.2. The Substrate can now access the “Eradicator” unit, an expensive and slow-moving long range cruiser with heavy weaponry that is extremely difficult to kill. The PHC gains the “Athena” unit, a small and fast short range cruiser with high energy laser bolts, thermal lasers, and a plasma bolt cannon.

A new Global Chat channel now also makes it possible for gamers from around the world to see who’s playing at all times so that finding opponents is much easier. The Hall of Fame adds the ability to compare single-player campaign and scenario scores to other players’.

In addition to the update, a new CPU-focused benchmark designed to simulate the strain of a massive 3v3 battle on a large map rounds out the v1.2 update. “This benchmark is for the gaming enthusiasts,” said Wardell. “This will let them test their multi-core CPU scaling and see how they can best optimize Ashes’ performance.”

Ashes of the Singularity and the new v1.2 update is now available on Steam or through Stardock.