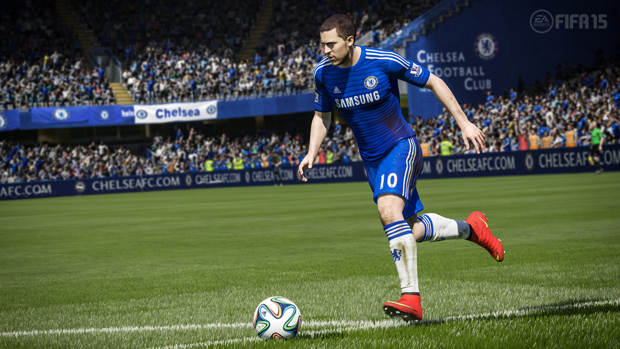 Every year every gamer that is a fan of football is highly anticipating the new FIFA game in the current running franchise. Ever since the Ultimate feature was implemented, the game has had a major playerbase increase mainly because of its special teambuilding style. But this isn’t the only feature that sells the game for most fans, each year there are a couple of new features, and changes in the gameplay that makes each version a lot better than the previous, as a big fan of the FIFA games I obviously dove right in, bought it on two platforms and invested a full week in playing this game alone.

Obviously with a new release each year, many people will raise their eyebrows with the progress they might make in each new FIFA game. It’s a challenge to add meaningful new gameplay to a sport that almost never changes. There are still eleven players on each side of the field, but the controls and button mapping are key to bringing the same life to the game that you expect when watching the sport. Each year we seem to get one step closer to reality though. The major focus lately has been on recreating the emotion and physical reactions of each player to the events around them. But is it noticeable versus Fifa 14? I jumped into the downloadable demo early to find out. 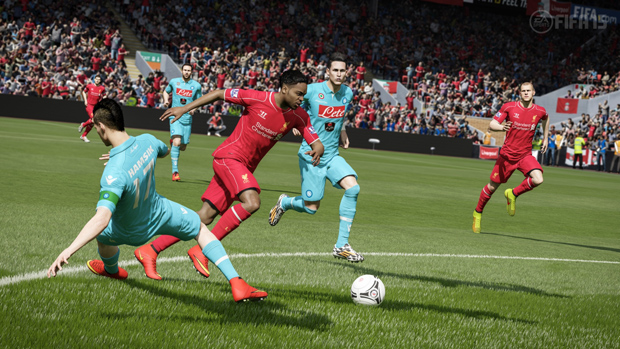 Less than a week after snagging the demo, I had already invested over 20 hours into it. I highly suggest checking the demo out before buying any Fifa title to make sure the game fits your style as it resembles the full version minus one or two key features and bug fixes. One of the first features that will stand out to veterans of the series is the intense level of emotional detail on tap this year. Every time they score a goal, incur a foul, or take part in a key play, you’ll see the player’s face change to match the situation. You can also see footprints on the field, the longer the game goes, the more footprints you will eventually see. Also the slide marks and falls will be represented on the field, as the players creating these mud slides will reflect the dirt on their uniforms.

The gameplay itself also had a few huge improvements. The ball now spins in the right direction with each kick, rather than following predetermined routes between players. This makes dribbling a huge difference over the last few games in the series. The individual player controls are also much more fluid, while in FIFA 14 the players felt weak and easily lost the ball. The players in FIFA 15 keep the ball a lot closer and feel a lot more protected while trying to dribble past a defender. Wingers also have had a huge difference in role compared to 14. Before you couldn’t play without dribblers, but now the midfielders are in the spotlight. 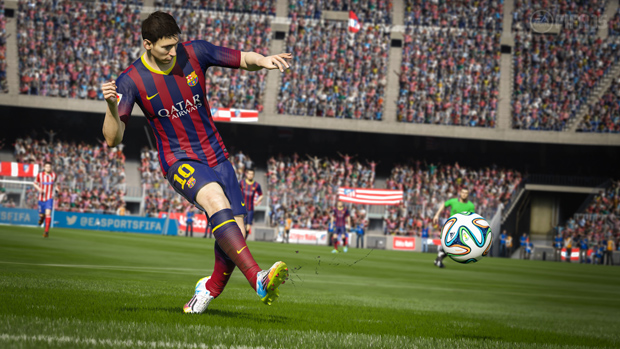 Many of the FIFA players play a game mode called FIFA Ultimate Team. In FUT you will be able to assemble your own team, with players from all the teams and international national teams from all over the world. So if you’d want to play with a mixture of Asian, American and European players, you can do this. Obviously there are a few set rules that you need to keep in your mind. All the players have a chemistry rating that reacts to players with similar chemistry to improve their performance. This is based on their real life country and teammates. If you want to have your team potentially play best, you want them all over a chemistry of 9, and obviously this is no easy task since you start with random low tier players on your team called bronze cards. After playing for a while you can earn enough money to buy packs with silver players, and eventually golden players. They can also spend real money on these packs, and as you might guess, this has been EA’s prized milk cow for the last few years. I also have to admit, that besides buying the game twice for the PC and Playstation 4, I also spent around 120 Euro in total for packs. I am insane, addicted and might need to find a support group; thankfully there are plenty of others that are as crazy as I am. 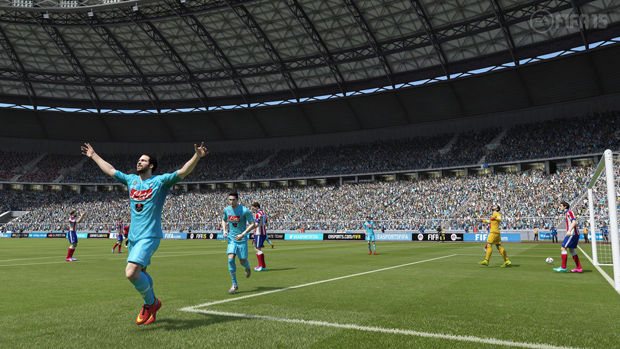 In these packs you will find players from all levels, obviously you want to be lucky and get the best players in the game. It’s essentially legalized online gambling, as you can’t win any money back for your bets. In these packs you will also find healing cards, fitness cards and contracts. While you might initially dislike them as they feel like filler compared to receiving new players, these three types of cards turn out to be quite important for your team. An injured or fatigued star player isn’t very valuable, and someone you can’t resign for another season is even worse, and these cards will help carry you through these tough times.

Unfortunately FIFA will always be plagued with bugs, no matter how much the fans wish each new edition will be an improvement. As usual the tight production schedule means this year’s FIFA, like every other, feels a little rushed and unpolished. However with FIFA 15 it’s a bit more noticeable after only a couple hours of playing. The referees in FIFA 15 currently are in a state that could make a lot of people get insanely angry and break their controllers. For simple shirt pulling you can get a penalty against you, and for the most obvious fouls, you sometimes do not even get a free kick. Keepers are also in a bad state this time around. They do not seem to enjoy their work and most of the time just refuse to do anything, or they move really awkward and shoot the ball into their own goal. 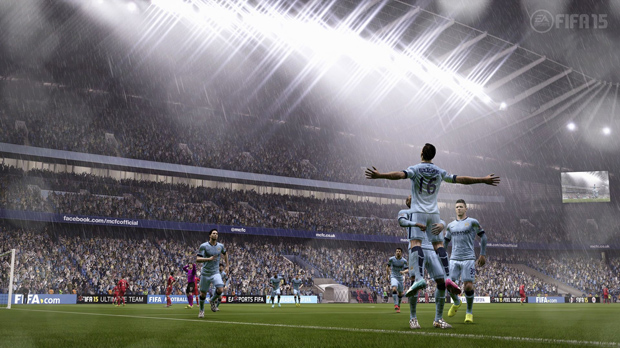 FIFA 15 has definitely improved over the last few FIFA games, especially the way each player controls the ball in their own unique style is incredible. But unfortunately the bugs make you dislike the game fairly quickly. The bugs that plague the game are currently game breaking, and even though some people don’t mind, a lot of people are absolutely furious about the current issues. FIFA has had a lot of improvements, plays a lot better and feels a lot better. But since the bugs are currently making each game more about luck than skill, it has become obvious that EA is trying to make money too fast, rather than finish a solid product. I hope we will see a patch for these essential game breaking bugs, because right now, controllers are being broken left and right.