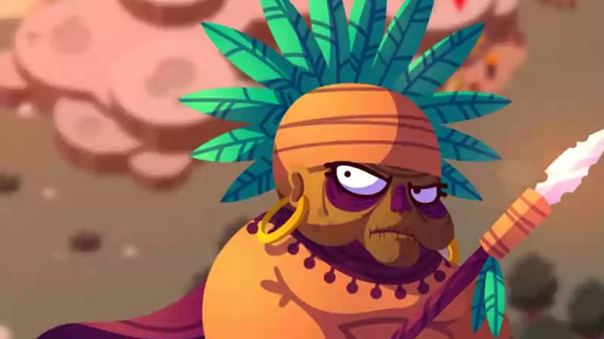 Mobile games have always been hit or miss for me. Sometimes I pick one up only to put it back after a few minutes. A couple years ago they took up a lot more of my time as a pastime while commuting, but lately that time has been occupied by podcasts or reading. These kinds of games are great to check in on once in a while when you have a few minutes and let you slowly progress without demanding all of your time. Developed by C4M and published by EnMasse, Battleplans hopes to fill in your downtime with a real time strategy game where players work to reclaim their kingdom.

Battleplans is available on Android, iOS, and PC. After beta testing the PC version, it was decided that only the mobile versions will be continued. I agree with this decision as the game felt too much like a mobile game, and I could not see myself spending time playing it on my PC. While games such as Hearthstone have shown us that it is possible to have a strong PC presence alongside mobile, I feel like that was due to the game originally being a dedicated PC game which branched out to mobile. Card games can get away with working on both platforms, but real time strategy games are easy to distinguish between a mobile and full-fledged PC game.

C4M did a great job with the animations

You are in charge of various squads consisting of a hero and their troops. These squads function as one unit and can be given orders such as move, attack, and patrol. All of these are done simply by clicking on a unit and dragging towards the desired point. This movement feels natural on a touch screen device such as a phone or tablet but not so much using a mouse and keyboard. Fortunately, it seems like the keyboard is still available on PC, and you are not stuck just using your mouse like a mocked touch screen device. I say ‘seems like’ because I could not get it to function and had to use my mouse for everything but the key bindings screen hinted at by this feature.

Using these squads, players work through a campaign in order to discover more of the map, earn gold, and unlock additional units. While the squad system does limit the control you have over each individual troop, Battleplans does a good job at allowing each player to create squads which work well together and coincide with their playstyle. There are multiple heroes available to players, if they have unlocked them, with their own unique abilities. Depending on your plan and hero ability, some troops may work better than others in each squad. You can create squads of long ranged fighters or even groups of soldiers fearlessly marching into close combat. Well, not like it matters if they are fearless or not – they are forced to obey your command…

Heroes can be upgraded to create your perfect squad

The only obstacle between you and your dream squad is gold. Gold is used to purchase upgrades and train units. Like most mobile games, gold is gained both over time and through completing campaign missions. The rate at which you gain gold depends on how many outposts are under your control. These outposts can be found on your discovered world map and are open for the taking either from NPCs or other players. The more territory you control, the higher your income. Remember to upgrade your treasure chest capacity though, it can be easy to forget about it and get overflow gold thrown out. A smaller chest means you will need to check up on the game more often while a larger chest will let you play more casually. It is nice to have these kinds of options available: more serious players can invest their gold directly towards upgrades while those strapped for time can upgrade items such as treasure chests, allowing them a more hands off approach to the game.

As mentioned above, it is possible to initiate battle with real players. However, the term ‘real players’ must be loosely used as all player versus player combat is asynchronous. Essentially, when you take control of an outpost, you can position your squads as defenses with the option of providing timed patrols. This means that attacking players will fight against your positioned squads which may move after specified times, depending on the anticipated times of attack from the planner, but you do not fight other players in real time. Like the game’s name suggests, you battle against the plans of other players. This system is a bit disappointing but fits well with this simplified strategy game. It would be hard to keep control of outposts if every couple of minutes your phone vibrates alerting you to prepare for battle. This would be a nightmare for the casual players.

Strong defenses are essential for keeping outposts under your control

Fortunately, the game is not all about casual players. The League Wars system rewards competitive players performing well in their league (depending on their rank). If you insist on keeping your rank on the leaderboards, you will need to keep up with the game community ensuring that your squad does not lag behind others. All upgrades use gold but require you to wait before they go through. This means that optimal play involves timing upgrades to ensure you begin the next upgrade as soon as the previous completes.

This is where your wallet comes in. The premium gems in the game can be used to buy time. Who said time is priceless? If you would rather not wait for the upgrade timer, simply spend some premium currency to speed up this process. Nothing new to see here, mobile games (or even just casual games) often allow players to spend money to save time. It is important to note that premium currency can still be earned in game through rewards such as those from League Wars.

Premium currency can be spent to instantly complete upgrades

Conclusion: Moving away from PC was a good decision

Battleplans is a good mobile game. That’s it. I can’t see it performing well on PC amidst other higher quality (in terms of content and features) games available on PC. Its simplistic gameplay and graphics fit the mobile market but seem out of place on PC. It was great to see the developers take a hint from the closed beta and focus exclusively on the mobile market. The announcement did not say the game is gone for good, but I can’t see it coming back anytime soon or at all. Finding myself the sole person on League Wars and the leaderboards on PC goes to show that this game will struggle on PC.

The game follows the typical freemium model. This model rewards players with big wallets and can cause you to quickly lag behind the paying competition. It can be hard to keep up with players completing upgrades instantly while you have to wait and can only upgrade one thing at a time. I hope the free premium currency is enough to allow at least free competitive players to keep up with paying players.

Kudos to the game for focusing on the correct audience. The game can be found on the Android and iOS app stores for free. Bbe sure to check it out if you’re interested in filling your downtime with a simple strategy game.