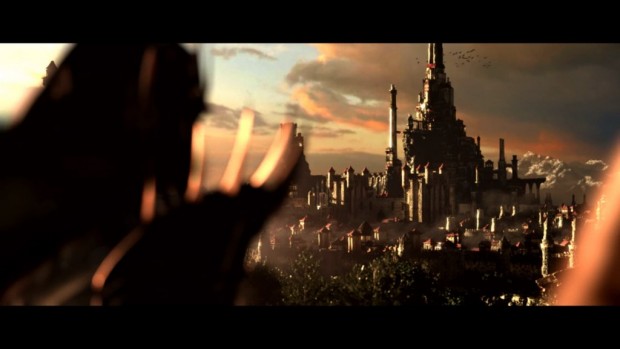 The Forgotten Realms setting for Dungeons and Dragons has been a fan favorite throughout the years. Popular single-player game series such as Baldur’s Gate, Icewind Dale, and Neverwinter Nights are testament to the enduring nature of Faerun. Neverwinter, by Perfect World Entertainment and Cryptic Studios, capitalizes on this by providing a multiplayer experience in the lands around Neverwinter itself. Set a century after the devastating spellplague, and 75 years after a massive volcano nearly wiped out the city, the game has players unravel a dark plot against the lands. How well, though, does Faerun adapt to an MMO?

How to Train Your Hero

Players choose between human, elf, half-elf, dwarf, or tiefling as a character race. Founders can also choose to play as a drow (an elvish denizen of the sinister Underworld), though this race will also be accessible to regular players after an exclusive period has passed. Neverwinter then offers the class choices of guardian fighter, control wizard, trickster rogue, devoted cleric, and great weapon fighter. Both new races and classes are promised to be introduced regularly. Character customization is flexible and allows for a fair amount of variety between character designs.

Upon character creation and entering the world, Neverwinter launches a tutorial designed to teach basic tasks such as movement, looting, interacting with NPCs, and combat. Throughout the game, there are also smaller tutorials, covering things like crafting, the auction house, and more. The initial experience is very smooth and is designed to guide characters to the city proper with a couple levels and skills under their belts before they’re on their own. 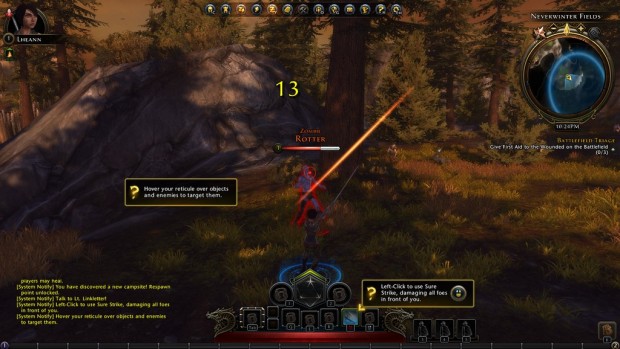 Each class in Neverwinter has a variety of at-will skills, encounter powers, daily powers, and class abilities. At-will skills are the basic attacks players will be using most often and are bound to the left and right mouse buttons. Next, encounter powers are cooldown attacks that are quite a bit more powerful than at-will attacks. There are also daily powers that are useable when your action points reach full (indicated by a large, yellow orb in the middle of your UI). These attacks cause massive damage, often with additional effects attached, making them quite useful. Each class also has their own unique class ability that is activated with the Tab key, which can enhance other abilities, or give immunity to crowd control, among other things.

While combat is the most important facet of the game, there are also hundreds of quests to complete. Quests can take place in any of the game’s districts (zones for classic MMORPG players), as well as several instanced dungeons in each district. These quests are the main source of experience and equipment, so they are very important to complete.

Aside from solo quest instances, the game also offers skirmishes and dungeons to players. Skirmishes are quick battles designed for a full group to complete in about 15 minutes. Dungeons are considerably longer, featuring challenging content and difficult bosses. Each of these modes can be queued for using an in game function, so players don’t need to sit around chat channels begging for a group. The loot that’s obtained from both modes is of better quality than the questing gear, so it’s definitely worth taking the time to complete.

One unique feature that Neverwinter offers is the Foundry system. This allows players to create their own content, and submit it for other players to experience. Like the regular game, some content is designed for solo play while some is group-oriented. After completing, players rate the content: highly rated adventures may be featured. Players can also choose to tip the creator, giving further incentive to provide quality, engaging content throughout the game’s lifespan. 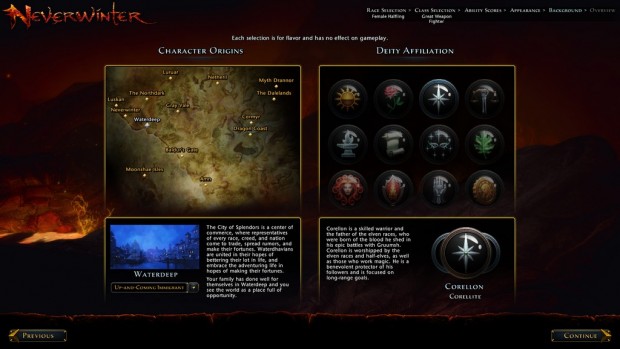 In addition to the Foundry, the game offers several other systems to make gameplay more involved. Players can pray at an altar every day for a chance at powerful loot and helpful buffs. The day is filled with hourly events that grant players extra rewards for tasks like completing a skirmish or crafting an item. These tasks reward astral diamonds, the game’s secondary currency, which may be used to purchase items from the auction house or from special merchants across the world.

The crafting system in Neverwinter boosts a seamless adventuring experience. Players hire NPCs that do the crafting tasks for them over a course of time. Simple tasks may take five or 10 minutes, while more complex tasks can take six to eight hours or more. Players can also take all of the crafting skills in the game at the same time. Materials for crafting can be purchased, looted from special nodes found in the various districts, and occasionally looted from enemies. Each character has a different gathering skill they’re innately proficient with, but kits can be purchased to access every node. As a final bonus, all crafting can be managed through the Neverwinter website, rather than requiring the game to be launched.

Neverwinter is a solid adventure, constantly changing and evolving as you play. Unfortunately at launch, there are still several class balance issues and an ambiguity of class roles. The graphics engine also is beginning to feel dated in an era of high-definition MMOs. The addition of quality player-generated content helps counterbalance these issues immensely, and carves out a solid niche for those who’ve thought they could do better than the developers.

Cryptic Studios have done a fine job proving they can create a fantastic world, however, and given players plenty of ways to enjoy it.